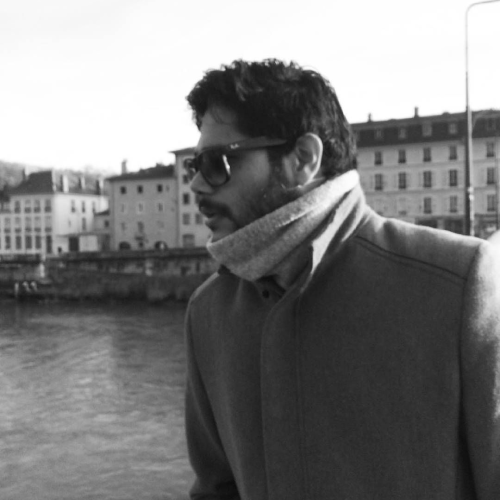 We live in contradictory times. On the one hand we are witnessing a tectonic shift where the masses of the country are more politically aware and have rejected the elite, as became evident in the 2019 general election result which was in favour of true middle class. At the same time national and international narratives, opinions and perceptions about India are still largely dictated by the elite that dwells in the metropolitan cities.

The rapid shift in political landscape in semi urban and rural India is not proportional to the development and investment there.

The news we see, the politicians we hear, the icons more often than not hail from some metropolitan city or the other that have population in excess of 10 million people. This poses a question as to when we really are going to have a comprehensive outlook on ourselves as people of a much larger political entity called India and not restrict ourselves to the ideas and opinions of of a small number of dwellers of metropolitan India. The reason that really compelled me to author this article is the news that is currently making headlines all over the country. Any guesses? Let me help you. It is all the noise and the hullabaloo that is being unnecessarily created over the construction of a metro rail shed in one metropolitan city in the western part of the country called Mumbai.

The thought of this making news headlines over a seemingly trivial issue that is blown out of proportion with much of air time and digital ink being dedicated to this is nothing short of appalling. My initial reaction to this was to blame media and then to bash all the little informed metro dwelling pretentious celebrities who go around in luxury cars and fly frequently to exotic locations on holidays while virtue signal the rest of humanity in the name of environmental degradation. Equally incompetent are their ostentatious brainwashed radical followers who hardly understand any technical details or are aware of any happenings beyond the comfort and luxury of their own city. On deeper contemplation however, I have realized how “un-unprecedented” and a cliché this has been. This is hardly surprising for a small city dweller like me. After all, the city in question is home to Bollywood that takes India to the global stage and by virtue of this attribute deserves all the air time it gets.

We call ourselves the world’s largest democracy but have still not democratized the development agenda. While being argumentative is in our DNA, we still fail to ask the relevant questions. So let me try to investigate the bigger questions that in my humble opinion are relevant today in the backdrop of this travesty. Nevertheless, please bear in mind that I am inherently biased and prejudiced to make a case which affects the rationale behind this article.

Why does this false notion of metro cities being the only opportunity for material emancipation still hold true after almost three decades of becoming an open market economy?

Why do metro cities become black holes for all investment and thereby also priority for the infrastructure development agenda?

How are we preparing ourselves with a comprehensive urban planning strategy for the cities in India? Has the smart cities project really been a success? How sustainable are our cities?

How do we move away from these centres of power and actually focus on systemic issues and problems in governance in other parts of the country? Why do we not hear news from a Coimbatore or a Bhubaneshwar or a Guwahati or a Vishakhapatnam as often as we hear news from a Delhi or a Mumbai or a Chennai or a Kolkata?

These questions assume importance as we are transitioning into a middle income economy and there is a need to mentally prepare ourselves to look beyond the metros. This is essential for the benefit of the citizens of our country where internal migration is perhaps the highest in the world with more than 40% of the population set to live in urban areas by 2030 according to conservative estimates.

We have created metro cities in India which really are environmental disasters without proper planning and inadequate public infrastructure. It is no secret that cities like Mumbai bear the brunt of internal migration due to them being a hub of economic activity. People refer to the city as “The City of Dreams”, however, all I see is a city crumbling rapidly under its own weight. The inevitable flooding during the monsoons, the relentless nightmare of traffic, hazardous levels of pollution, mass transportation system that resembles one that even cattle do not deserve are what I picture when I hear of Mumbai. Now, a city’s urban planning body should ideally have done with that long ago, but often as in India infrastructure development only happens post human settlement. To cover up all these nagging issues, to fix them and save the face of the city, millions of rupees are invested to keep it functional. This is a drain on the country’s exchequer and a moral issue that infringes on the development of other smaller non-metro cities.

Environmental impact of such mega cities is huge too. Let’s take the case of Hyderabad and Bengaluru. Both the cities were once reputed for being surrounded by several water bodies. The rapid expansion of these cities with inadequate planning over the last two and a half decades has led to the emergence of several serious issues. The water bodies in the case of Hyderabad have completely vanished thanks to real estate mafia, while in the case of Bengaluru they have borne the brunt of affluent discharge, pollution and eutrophication. “The Garden City” has transformed itself into “The Garbage City”. The unhindered expansion also has led to the steep hike in land prices forcing construction of new airfields far away from the city leading to the consumption of more fossil fuels in transit and therefore more emissions.

More importantly, the centrality of power and influence in metro cities has led to the neglect and a lack of awareness among urban elite of the real issues that concern the people living in the rest of the country. It hardly occurs to an average urban dweller as to what are the challenges that face semi urban or rural India. Issues such as the farmer suicides, water scarcity, health care, education, sanitation, law and order hardly find any air time. Most of the prime time in India is bizarrely focused around the urban elite’s perceptions rather than hard facts. A communal riot within a 100 kilometer radius around Delhi is reported as the reality of India and generalizations on the behaviour of the ordinary India is carelessly drawn.

This condescension stems out of entitlement and is a strong reflection of how notions and stereotypes prevail. The reality however is there exist many multiple diverse realities that are language, culture, religion and region specific. It is quite damning to realize that even the mainstream vernacular media that most of the country follows is also incapable of an extended coverage even within the confines of that particular state they operate in as they are themselves localized within the capital cities. Social media has to some extent bridged the gap, nonetheless, the sheer magnitude of disinformation online poses questions on the veracity of the information.

Unless we Indians address these critical issues holistically, any effort of the government is bound to succeed only partially. This is the next challenge to Indian democracy of which we sometimes are very unrealistically proud of.

True nationalism and patriotism is of sacrificial nature for the amelioration of the lives of our compatriots and not an ideological, geographical or a cultural notion. In fact, that should be the end goal and a natural corollary to the developmental impact we Indians create on ground even in the remotest parts of the land that we inhabit.

If we dream of becoming a super power it certainly is not by virtue of owning sophisticated weapons or the extent of our hard power capabilities when half of the country’s population does not even find a mention in national media or whose basic needs are not met. We need to empower people in every nook and cranny despite the limitations of geography and other factors. Unless that can be achieved one cannot claim that we have made progress or the world’s perception of us has improved. The stronger we become internally, the more leverage we have externally. Therefore, the time is ripe for us to move in the direction of better policy and equitable distribution of resources instead of sticking to the same old narratives of the 20th century. We need to move out of the metro cities not only physically but also psychologically. Let us not remain the “Metro-centric” democracy even in the 21st century.