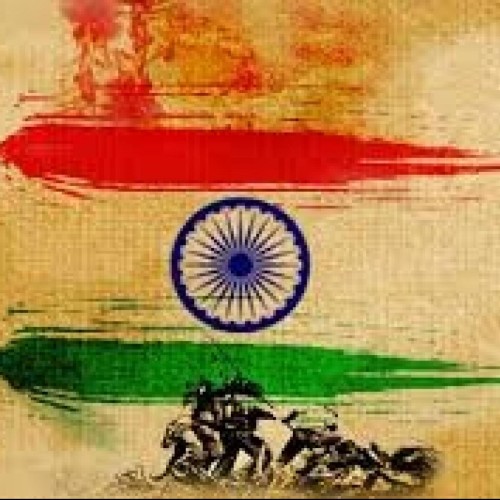 This patriotic song from ‘Upkaar’ by Lyricist Indeevar symbolizes individual characteristics representing different colours and love for the motherland.

The fall season is a time when the duration of daylight becomes noticeably shorter and the temperature cools down considerably. But this fall season, why the light of nationalism is eluding the prestigious Manipal University situated in Dubai, UAE needs to be answered about the conference research paper by Dr. Percy and Ms. Elsa Ashish on Anti-national and anti-India govt and those managing the research department of this international university including the dean of the university.

The educational university stands for education, knowledge and research, where no one is marginalized and all are treated equally in spite of financial, social and cultural differences. But I am feeling blue for the academicians here, I could not imagine that two of our intelligent professors from our university will bring down the image of the country where they are born and I am also born. When I was totally focusing on this year’s live streaming of convocation, the CEO says Create, Communicate and Collaborate. I feel proud as an alumnus when our chairman says ‘May you always live the dream that you dreamt’.

But you both brought our country’s image several notches down in a foreign land by presenting the paper on ‘Culture, Gastronomy and the Politics of Beef in Digital India’ at The Asian Media Information and Communication Centre, Manila, Philippines, and another paper on ‘His Master’s Voice: Cultural appropriation and ‘MODI-fication of Indian Media’ presented at The University of British Columbia, Canada. Not only these research papers Dr. Percy, you wrote to a Manipal alumni, working with a local newspaper, to publish your story: (1) Death of a Journalist And BJP’s Murderous Politics: (2) India’s dying children. All Indian citizens in UAE especially academicians should avoid such inessential attitude that shows India let down.

Highlights of both the research papers:

Highlights of two of your write-ups for a local newspaper:

Fellas, today you proved that all JNU alumnus are anti-national like Kanhaiya Kumar, Umar Khalid and Anirban Bhattacharya there are very few who made our country proud is Nirmala Sitharam, Subrahmanyam Jaishankar and Arvind Gupta.

You have mentioned about most lynching taken place under BJP Govt. Please speak the truth. Hope you are aware of

You have mentioned:
RSS is a group likened to ISIS; Let me educate you professors:
RSS (Rashtriya Swayamsevak Sangh) was established in 1925. Today Sangh conducts its social work across all Indian states. Sangh’s Swyamsevaks carry out over 150,000 social service projects across the country today. Flood Relief distribution in your states Keral and Tamilnadu is a living example. RSS never killed anyone, but they got killed in your state Kerla.

It is a clear case of raising anti-national bogies and hurting sentiments of Hinduism religion, which have the effect of threatening national integrity.

Going by this definition, you are certainly guilty of sedition.

You have mentioned in your research paper: The India media ritualistically covered the rise of Hindutva politics and culinary tyranny:

I pray you not to do religious politics in this prestigious university in a peaceful country like UAE, that to in media & communications department. The constitution of UAE stipulates that all persons are equal before the law, without discrimination between citizens on grounds of religious belief. The most obvious example of religious tolerance in the UAE is the fact that it is home to over 200 nationalities and 40 churches, a Sikh temple, and two Hindu temples — substantially more centers of worship of other faiths than all other GCC countries combined.

I have read both of your full papers which are damn-shit, are they for a publicity stunt or to get noticed by the anti-nationalists? You compromised with the integrity of the country and choose applause in the foreign countries by presenting such papers. It is an act of traitors.

You both are teachers and one should know the roles and duties of a teacher.
A good teacher can inspire hope, ignite the imagination, and instill the love of learning.
Let us remember: One book, one pen, one child, and one teacher can change the world.
Teaching is a very noble profession that shapes the character, caliber, and future of an individual. But, what have you done with the moral values and expectation of the students and parents who trust you? May God bless and save the current batch students. I feel sorry for them. I guess you thought you are merely stating an intellectual and philosophical/political position.

I guess you didn’t realize your papers, articles, and comments would be read with sensationalist headlines asking ‘the nation’ to decide what your fate should be. And I guess you didn’t anticipate that hordes would be waiting in lynch mobs to avenge their Bharat Mata’s supposed Barbaadi on you or maybe you both must have been planning a revolution.

The living ambiance and social milieu of the Dubai campus of Manipal University are also reflected in an integrated, interdisciplinary approach to teaching and research. There is freedom to define and design course content or start new courses. Research themes evolve with new developments in the area and the interface between different areas of study. Everyone at the university competes with himself/herself to excel in their own field of research. Manipal is academically and socially a vibrant place where all have spaces to express their views.

As a head of the Department of Media & Communication of Manipal University, you and the co-author should understand the freedom of speech guaranteed to the citizens. It has to be kept in mind that you are enjoying this freedom only because you are a professor of Manipal University, you are guarded by your colleagues and the top management, while Indian armed and paramilitary forces are protecting your family, friends and relatives and your co- Indian brothers in the most difficult terrain in the world i.e. Siachen Glacier or Rann of Kutch. India is a living example of unity in diversity. Freedom of expression enjoyed by every citizen can be subjected to reasonable restrictions under Article 19(2) of our Constitution.

Hope you both are aware that, earlier we have compared noted actor Aamir Khan’s wife Kiran, whom Aamir had quoted in an award function saying that his wife felt unsafe in the current situation of the country to the wife of martyred Col Mahadik, who apparently made a statement saying her children would also join the Indian Armed Forces.

We have to understand that the words and speech can be criminalized and punished only in situations where it is being used to incite mobs or crowds to violent action. Mere words and phrases by themselves, no matter how distasteful, do not amount to a criminal offense unless this condition is met.

You are not quite enough towards patriotic thoughts. And how indeed can students grow up as proud, responsible citizens if they do not pause before the main entrance and shout, ‘Bharat Mata Ki Jai’ on their way to the classes or back. But then you clearly do not believe your students to be patriotic enough. Or you are convinced that they do not ‘admire’ the Indian Army enough.

Do not be deterred, sir and madam by the ridicule and the scorn. The world may be laughing at you but the brave son and daughter of Mother India that you are, you must ignore the barks and continue to serve the ‘community’ with more of your brilliant ideas. You both could encourage your students to participate in RTA and distribute free Iftar meals during the holy month of Ramadan. You both could install a huge broom, the world’s largest, to remind and inspire students of the ‘Swachh Bharat’ mission at your campus. You should make it mandatory for students to listen to the Prime Minister’s ‘Mann ki Baat’ in which he teaches, advises, promotes and encourages to the students and the youths of the nation, who are the building blocks of the country.

Hope other head of the departments will learn from you. They are far less patriotic than you are and obviously far less brilliant. I don’t know how you get those ideas and how you enter into this prestigious university without having any liable academic diligence experience. Does the secret lie in Gomutra or Boot licking? For the students’ sake, do please disclose the secret so that the country prospers.

I have no doubt on this as you were a student of JNU and Professor Nivedita Menon. The day is not far when Manipal University, Dubai Campus will become JNU (in terms of anti-nationalists).

Whenever some infection diffuses in a limb, an effort is made to cure the same by giving antibiotics orally and if that does not work, by following the second line of treatment. Sometimes it may require surgical intervention also. However, if the infection results in infecting the limb to the extent that it becomes gangrene, amputation is the only treatment. Hope Senior authority of Manipal University understands it.

There is a 10-year-old girl, Aditi, who understand the nation and its ebbs and flows far better than you both.