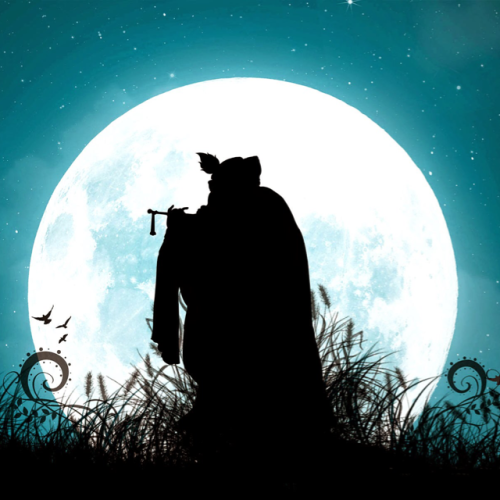 The article consists practical, theoretical and psychological views on the Kashmir issue, also considered as illegal occupation of Kashmir by Pakistan. We will basically discuss these topics briefly:

If you are unaware of Article 370, it is the temporary provision which gives J&K the special ‘autonomous’ status, in short, certain special rights. It actually came from the clause 7 of ‘Instrument of accession”. While, at that time, the provisions were taken to preserve culture of J&K, nowadays, the topic is used more as a vote-banking and political tool. As once former CM Omar Abdullah said, “Either Article 370 will exist, or J&K won’t be a part of India”. Note that the whole statement can be stated as strategic, political statement. Vote-banking, appeasement and sympathy have been some of the main tactics of winning the chair in J&K. It’s no hidden secret that Article 370 is been told to Kashmiri people more like a ‘comfort’ and ‘ease’ from India than the mere reality. Yet, people are made to think that the provision are their hope of surviving throughout.

But, let’s talk some practical reality, shall we? The provision actually has been a hindrance in the peace and development of the J&K. The first and common problem is: the undefined, over-powers given to the forming government of J&K, also hence making it a tool for their votes, while it might sound a bit harsh for the people of Kashmir, but due to the immunity from the Lok-Sabha bills, J&K is left aside from overall development and that is also questionable to the former government of J&K. But Mr. Abdullah will never tell you about the other side since they can’t afford to lose that special power of CM given to them which sometimes subtitle them as “PM of J&K”.  Who would ever want to leave that?

Further since, no private property can be accessed or purchased in the state of J&K, it makes it harder, actually impossible for private sectors to have their footstep in the Valley. Hence, killing a chance of job creation and business acceleration in the state of Jammu and Kashmir.

Yet, the sensitive and important impact of Article 370, is the psychological issue. Lets suppose, there is an ‘equilibrium’ in a state of a country. The equilibrium that is the unity and progress with the nation comes when there is exchange of labour between the states. For example, Delhi. How people of the territory are the natives? Only a few. People from different states migrate here in search for better jobs or businesses prospects. Likewise, Bangalore is now an IT hub. Are all the engineers working there born there? People moved there. These type of mass movements also result in communal and cultural sharing, thus strengthening a tie amongst people of the country. While, the Article 370 turns out to be a wall between Kashmir and other parts of the country.

Many Kashmiris might think that the abolition of Article 370 is faulty and against the people’s will. But, the real interest of people is in the development of the place. No Indian is anti-Kashmir. For Indians, being anti-Kashmir is to be an anti-national. Army is no different. They work hard every day to settle peace in the Valley, helping the people. Our forces are true defender of Kashmir. Don’t consider them our enemy as portrayed by those international agencies and some of our own news agencies and media. They always show Indian Army in bad light increasing the gap between the people and the forces. Indeed, even after numerous and continuous attempts of separatists, militants and Pakistan combined, the forces have proved that the righteous always prevail.

Plebiscite, why or why not?

Pt. Nehru took the Kashmir issue to the UN: international court of justice. UN’s simple and actually unclear or undefined solution, ‘resolution 47’, which in short states to have a plebiscite. According to it, let the people of J&K decide their fate, by democratically voting. But, then why there hasn’t been a plebiscite? Shehla Rashid still cries for this, yet what she always ignores is the fact that the plebiscite only to be done in the 3 steps: firstly, Pakistan has to withdraw their forces from the occupied region. Secondly, India will have minimum forces in the whole J&K. Third and last: do the plebiscite with appointing all major political parties, return of refugees and all prisoners indeed.

But, Pakistan will never leave the occupied Kashmir. Not only that, after waging 3 wars against the country, how one could expect the other to do a plebiscite. Pakistan made a courtyard and command-house of their evil-deeds and terror and now it’s called Pakistan-Occupied-Kashmir. So, if someone still continues to argue for a plebiscite, remind them about the terms on which the resolution could be acted upon. Moreover it’s too old, especially when you wage war against and lose 3 times, and also not forgetting the real deal: ‘Instrument of Accession’. The agreement was between last ruler Hari Singh and India, agreeing on Jammu and Kashmir be the integral part of this country.

Here comes the most recent and actual issue for India. Pakistan-Occupied-Kashmir, they also call it Azad-Kashmir, another diplomatic game. PoK consist of Gilgit-Balistan and some other part of Kashmir, lately as Pakistan has been trying to uproar for J&K, India has played a master-stroke for getting Kashmir back, that is strategically and diplomatically isolating Pakistan to take back Gilgit-Balistan. Recently, in the UN council, when Pakistan asked for the help on Kashmir issue, India reminded them of the Simla agreement, and stated to vacate the occupation of PoK. If you are unknown to the Simla agreement, it’s the agreement signed between the Republic of India and Pakistan after the 1971 war, stating that all the conflicts will be issued bilaterally and peacefully.

It was indeed a nice and reflective decision by Indira at that time. But, if PoK is India’s part, why India just not take it? The answer is quite complex. At first, when Nehru took the issue to UN, Line of Control was put in place, to keep peace till the issue is resolved. Then, after the 1965 war, the Tashkent agreement was signed to revert back the forces and maintain the old lines of border. Later, after the Bangladesh’s freedom war, the peace treaty was Simla Agreement that was discussed above. Since, then both nations have achieved nuclear power and Pakistan is already a numskull. India has kept her promises of keeping the violence to the lowest, also developing a respect in the United Nations for this resistance.

Other than the above, diplomatic and army power, India has indirectly also been supporting the free-Baloch movement, to help the innocent of Baluchistan receive freedom, it’s true that only Baloch-movement can’t defeat Pakistan, but it does give some real burns to Islamabad. Yet the cruel part is, a lot of innocent are killed by the Pakistan armed forces, they have kept suppressing Baloch, it’s next to impossible for Baloch alone getting freedom.

In future, only India’s pre-planned act against Pakistan and acquiring our left Kashmir can help the Baluchistan to be a reality from a dream seen by many and India with whole Kashmir. What frightens Pakistan the most is, if ever there is a Baluchistan formed, the left part of the country will be locked between, degrading and finishing itself.

I am not even sure if these two are different terms. One is engaging terror with arm, the other one with words and ideologies. At last, both of them are like to be the same. Separatists are more like a job for some in the Valleys, feed on the mind of the people, making them engage in hatred, irrespective of any rationality. Separatists are yet not any powerful, they are like that girl in your school, who ranted about everything. Militants are indeed a hurdle while creating peace in the Valley. But, the Indian Army undoubtedly has given a tough time to these insects.

The main objective of these militants is quite unknown. They never reveal that they would be engaging terrorism. Militants say they fight for the freedom of Kashmir, yet their superficial sympathy for Kashmir is nothing more than a joke, anything they have to fight for is terrorism, aided by the world-terrorism factory: Pakistan. Not forgetting, the so-called misguided youth: stone-pelters. It’s not been a long time, when the social media got visual proof of how you can have a career in stone-pelting, also being done by Pakistan. COAS Bipin Rawat is actually right upon the strict action against these half-wits, yet the forces should be using more real guns more often.

Tourism or terrorism? “With the same stones, one creates a tunnel, while the other one throws them at our forces”, said by our PM Modi. Indian Army has been doing continuous military operations against the militants. Trying to block these army operations, the militants backed by Pakistan use the local people. Well it’s more like buying them, paying them for pelting stones and blocking the way of the military vehicles, so that the militants can get away. What shouldn’t be ignored is, not only stones, but petrol bombs have also been used by the militant supporters. It’s the compassion and mercy of the forces that they resist to use any real guns against the them. Also, in 2016 almost 88 people joined the militancy, while about 300 Kashmiri joined the Indian Army. 2017 first quarter, also saw about 19,000 young Kashmiris participating in Army selection, 99% students appearing the school boards. These facts and figures are slap on the faces of separatists. Before Yasin Malik or Geelani starts cringing for some injured stone-pelters, who are getting free hospital service, I would put light on the Media’s Hypocrisy.

When we say the term ‘media hypocrisy’, the first name in our mind that sparks is Barkha Dutt. But, let’s discuss some basics first. Lutyens’ Delhi media refers to the lazy journalism, spending time in their offices, making theories, assuming them as reality and just trying to justify their dimwitted propaganda to their viewers. Media always plays a serious role in revealing the truth to the common country man. They can hide Umar Khalid’s plans under ‘Freedom of speech’, call Arunachal Pradesh a ‘disputed territory’ but also can uncover the whole propaganda of the separatists and stone-pelting youth.

But, how is Kashmir’s local media? Don’t they misguide people? Yes ,they do and have been doing since a long time. Spicing up, raging people against might be the only way for them to earn a living. As against, only a few lead the truth to Kashmiri people and they are mostly on Social media. They are the agencies that disclose the truth of Kashmir. No proof is needed for the local media addressing Kashmiri Pundits as cancer, they can possibly do anything. The point to be observed is, how these agencies have been indirectly placing violence and communal insecurity between people, not only in Kashmir, but also between the Kashmiri people and the rest of India. These sources of anti-venom are doing nothing but misusing the freedom of expression given in India. Yet, even after all these struggles, India is emerging as a single, progressive and peaceful nation.