From liberal to conscious expenditure; employee mind set to entrepreneur, cause for economic downturn and unemployment 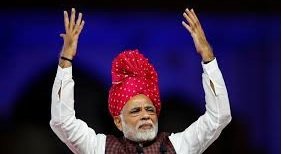 A true leader is the one who can influence others greatly and make them follow his leadership style. Narendra Modi is a true, honest, development centric leader and hence many Indians follow him and try to honest, responsible and contributing to India in whichever the way possible to them. As a result of the respected, morally and politically dignified leadership of PM Modi the people of India has become more conscious, morally alert, socially and ethically correct than be a pervert or short-tempered. When they care India, they are also prudent and conscious of their expenditure. In fact the change in behaviour of people from liberal spendthrift attitude to conscious expenditure style and people moving away from employee mind set become an entrepreneur also has decreased the money flow in the market. In fact this is a necessary evil because Indian economy is largely saving based and not market driven.

The question is why Bharat refused become king as all the male children of a king would naturally aspires to become king. Bharat preferred to remain king-in-waiting or in modern day parlance, remained unemployed youth than be king of Ayodhya was due to the inspirational leadership of Lord Ram.

Lord Ram stood for certain values such as truth, honesty, dharma, virtues, righteousness etc. Lord Ram not only followed all the above virtues in letter and spirit in his life but also inspired both directly and indirectly millions of others to follow all the above virtues. Because of the ethical conduct and adherence to truth by Bharat due to his continuous learning from Lord Ram, Bharat refused to be the king of Ayodhya.

Today India’s both educated and uneducated youths are passing through a transition phase from employee mind set to entrepreneurship. Further many Indian youths are also started to look at the opportunity more closely than before and are confidently patient to have their best rather than latching onto anything that is available. This confident mind set of educated youths and their quest for what next is being largely exaggerated by the opposition parties, those self-notarised individuals as they are the India’s intelligentsia and the political parties of the dynasts. The uneducated youths on the other hand are moving away from un-organized sector where they used be a worker or labour in the past and have started to open small shops, stores and other self-driven enterprises thanks to the Mudra loan scheme of Modi.

Many educated youths are choosing the best than jumping into the well and the uneducated youths on the other hand are not available as worker or labourer to small and medium enterprises, while some educated youths who does not believe so much in self or due to compelling financial reasons are showing some level of willingness to engage in any type of job.  All the above symptoms collectively and individually reflect not the unemployment crisis in India as stated by the opposition but clearly reveals the actual transition phase of India and Indian youths becoming choosy and wise.

The confusion is the first step for self-search and realization. Therefore we should be really happy for such transformation being brought by the exemplary leadership of Modi. Corruption free governance and governance fully dedicated for development and sab ka vikas is the hallmark of the leadership of Modi. Modi also stand as the best example for people to raise to higher levels where Modi himself began his life as a tea seller and now is the best, the most honest and the most decisive and assertive prime minister of India, since independence. Indeed Modi is also the most loved and adored prime minister of India since independence.

Indian youths are really exhilarated by the leadership and vision of Modi and hence are looking to place themselves higher than from somehow settle elsewhere, attitude. India is turning out to be a land of investment, opportunity, talents, excellence, honesty and innovation. People want to be innovators and employers than employee and engage with 8 hour of work in life.

The present day unemployment is more due to tectonic shift that is taking place among Indian youths than lack of employment opportunity. Every one in 5 youths wants to contribute their share to build New India of Modi’s dream. People are becoming more responsible, leadership centric, concerned about India, become patriotic than be an employee elsewhere, just live and die by fulfilling the narrow objectives and self-centric goals of life.

All those who aspire for New India as envisaged by Modi must work tirelessly in the society to create sufficient awareness about the good governance of Modi and how India is transforming as corruption free, nepotism free, merit centric country. People must unite to defeat all negative, corrupt, dynastic forces to save India and promote the sacred culture called Hinduism.