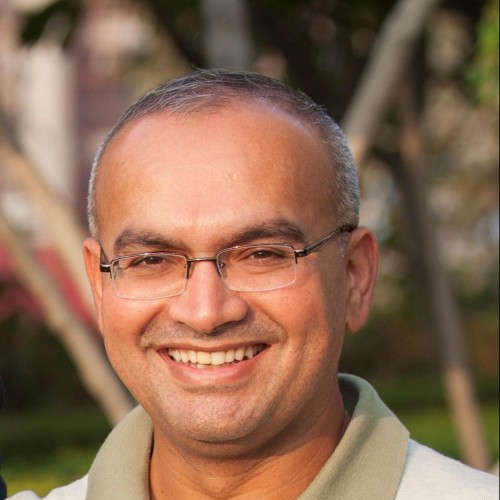 I came across the term SOS when I was in school. We were told it is a distress sign usually used by people who need help. It was often associated with phrases like Save Our Souls or Save Our Ship. When I started learning Morse Code I realized it simply meant a Morse Code pattern of … — -… indicating distress. When I started working in Advertising I observed that people used SOS in a very casual way — from someone needing some inconsequential help to even indicate an urgent call of nature. Most of these people didn’t really understand what it takes to be in a distressed situation and hence ended up trivializing SOS.

SOS became a blind spot and meant nothing beyond someone is asking for help. All this changed about 4–5 years ago when I started noticing many SOS appeals made by my Indian friends on Social Media based on certain unfortunate events, incidents or activities. I usually paid attention to such posts because they came from my network of family, friends, and acquaintances. Most of these posts constituted outrage because of some gruesome crimes like rape, murder, lynching, attacks on religious institutions, allegations of attack on the democracy and most importantly our most revered freedom of expression. I mean well for my country, so I used to comment, discuss, and sign petitions. I could not participate in any on-ground vigils and candle light marches since I am living outside India, but I sincerely hoped that all my well-meaning friends would bring change through their activism.

As a student of analytics, I am interested in studying patterns, understand nuances, read between the lines and most importantly understand how perceptions are shaped. My curiosity forced me to explore why there was a sudden increase in SOS appeals and I started studying patterns and decoding context. I assumed:

After collecting data, putting it through the analytical rigour I had no choice but to accept that I was wrong. People in India are selectively outraged basis their political orientation or when they fall out of political favours or privileges. So, in Indian context, SOS is nothing but Selective Outrage Syndrome.

During my analysis I discovered that the Indian Social Media (Twitter & Facebook) discourse is driven by 4 different groups. Let us call them C, B, F, and K. Let me highlight some characteristics of these five groups.

People in this are from diverse socio-economic classes. They are desperate for attention. They are hyper active on social media. They usually don’t read the articles that they share and only form their opinions based on headlines. This group shares articles, photos, videos etc at the speed of light. It helps them look knowledgeable and cool in their peer groups. This group contributes to spreading and amplifying Fake News or Propaganda by the current government and the opposition parties.

People in this group are from diverse socio-economic classes. They are blinded by their love for the ruling party BJP and the Prime Minister of India Shri Narendra Modi. In their opinion Shri Rahul Gandhi is a Pappu and they post everything that ridicules Shri Rahul Gandhi. They will post anything and everything that praises the PM, the ruling party, India, heritage of India, and Hinduism. They try to justify anything and everything in Hinduism. Quite a few of them do not do fact checks. Some of them don’t think before doing rapid fire sharing on social platforms. Some of them use filthy language. They CRY foul when there are crimes against Hindus and usually think all the people belonging to minority communities are criminals. It was also interesting to see bots or ghost profiles playing a role in this category.

Almost all the people belonging to this group come from a very high socio-economic class and often from premier institutes in India. They are blinded by their hatred for the ruling party BJP and the Prime Minister Shri Narendra Modi. For these people Shri Jawaharlal Nehru was god’s gift to humanity and by extension Shrimati Indira Gandhi, Shri Rajiv Gandhi, Shrimati Sonia Gandhi, Shri Rahul Gandhi and Priyanka Vadra are also Gifts from God. These people are often blinded by their love for Nehru Gandhi family. Occasionally they also throw pearls of wisdom by quoting Mahatma Gandhi. Their focus on Social Media is to criticise, oppose and ridicule everything that the PM does. Quality of their research is usually better, but it is not always accurate. They take large doses liberty and sensationalize the issue under the banner of creative license. When challenged on facts, they usually start shifting the conversation focus and start indulging in personal attacks and slander.

If their hypocrisy is pointed out then they accuse the person of whataboutism. They are also not averse to using foul language, but it is done in a sophisticated manner with Oxford English. They all preach respect for Women while liberally using abuses in various languages that are demeaning towards women. They usually pick up stupid statements made by some unimportant politician or leader of ‘seeking attention’ fringe group and start associating it with the PM or the Government of India. This group leaves no stone unturned to prove that being a Hindu is the worst thing that can happen to anyone. They are OUTRAGED only when the crimes are against minorities and usually are silent if minorities are involved in crime against any other religion. They don’t really care how their actions affect the image of India as stories published by them go beyond the Indian audiences. They question the highest courts in India every time a decision goes against their world view of how things should work.

People in this group come from diverse socio-economic classes. They are logical and neither blinded by love or hatred towards the ruling party BJP and the Prime Minister Shri Narendra Modi. This group is interested in progress of India and improving image of India overseas. They accept the fact that our country is not perfect, but they also acknowledge that a perfect country doesn’t exist. They do not suffer from Islamophobia or Christian phobia or Hindu phobia. They come from different religions and they understand the pluralism practiced by our people over thousands of years where there were many roads to God and many methods of salvation. They have different political leanings, but they are willing to engage in a mature and polite dialogue. They are willing to accept counter opinions, respect different voices, acknowledge flaw in their own arguments, and even accept mistakes in case they are proven wrong. They do not pretend to be experts on all aspects of running the country. Unfortunately, they must suffer mindless noise from Group C, B & F on a regular basis.

You must be wondering why is this a great Indian tragedy? It is a tragedy because Selective Outrage Syndrome (SOS) demonstrated by Bhakts (Group B) and Fiberals (Group F) is only creating noise and it is amplified by Circulators (Group C). This noise is not meant to solve any real issue or lead to any on ground level improvements. The noise created by Bhakts and Fiberals is so large that it usually overshadows reasonable voices from Kambhakts (Group K). For India to solve real issues — we need to stop paying attention to Bhakts and Fiberals. And most importantly mute the social feeds from the Circulators.

For the people who do not understand Hindi/Urdu/Hinglish etc…

While it was fascinating to study their behaviour, it was also frustrating to see how they are pushing India towards a tragedy.

Originally published on Medium on 7th May 2019.