Did Veer Savarkar really begged the English to let him go? 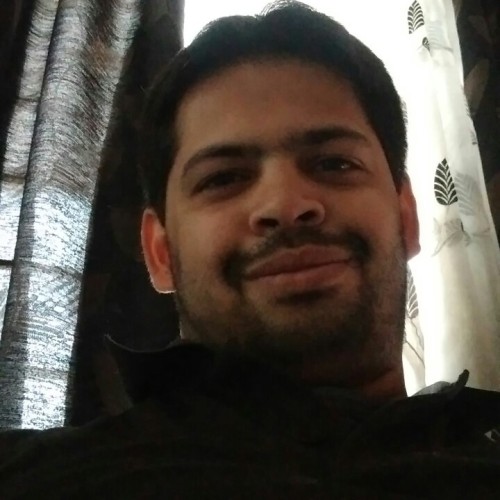 Few weeks ago, an actor by the name of Swara Bhasker, shared a meme involving India’s first PM Nehru and Veer Savarkar. In that meme, it showed that Savarkar have no role in freedom struggle.

I tweeted to Swara, asking her what she knows about Veer Savarkar. Of Course, I wouldn’t be getting any reply. I also said that she might term me as a troll. Good, no problem with that too. But, this is a question, what Savarkar did for India.

Look, neither I am a Sanghi, nor a BJP IT Cell person, nor a Bhakt, as a Muslim friend once termed me because I said I don’t like SRK. But I am a history buff. I like to read, understand things. I just happen to know Savarkar, like an average human do, that he was in Cellular jail. He lived till 1966 etc. I am writing about him only to let others know, that he is one of the most misunderstood person.

People say that he begged English to let him go, he was faithful to the Government and so. And not everybody knows him. So, if Swara shared a meme, what’s a big deal? Umar Khalid spoke about Savarkar in one of his tweets. Who is he? What does he know about Savarkar? Is he some literary person, who studied about Savarkar or anyone? I don’t think either of them knows Savarkar at all.

For it’s all trend now, to abuse people who stood for Hinduism, and turning the word ‘Hindutva’, itself in hateful word, hiding its true meaning. They are trying to sell the idea that Hindutva means, persons with swords and guns and knives attacking and killing everyone who comes in their way. Totally wrong.

In June this year, I went to Andaman and Nicobar Islands. The airport’s name in Port Blair is Veer Savarkar International Airport. I visited Cellular jail. Saw it with my own eyes, even felt that I am too a prisoner there. Small barracks, small alley, gallows, where people of my country got hanged by English, it is all very haunting. People lived there. They died there, martyred actually. Just one bowl for eating, no sanitation, no hygiene. If you want to go to the loo, only in the given time slot in the evening you are allowed. Not allowed to go out after 6 pm. If asked, they are beaten, sometimes even to death. People committed suicides, they were laden with tasks which passes any human power, they died doing it. All in all, they were all treated inhumanely & barbaric.

But who are these people? No one. Because, only Nehruji and Gandhiji had contribution in freedom struggle. They are the only patriots, India has ever produced. Is it so?

I asked Swara, if she knows who Madanlal Dhingra was. I bet she doesn’t. Shaheed Madanlal Dhingra assassinated Sir William Hutt Curzon Wyllie, after coming into contact with Veer Savarkar and Shyamji Krishna Varma in India House, 1905. He also joined Abhinav Bharat Mandal, founded by Savarkar and his brother Ganesh. Savarkar told Dhingra then, to not show his face to Savarkar before killing any British Official. Thus, Dhingra killed Curzon and a Doctor with seven bullets.

There is popular thing going on, that Savarkar sought forgiveness from English and begged to be spared. He although wrote letters during his term, but it was a covert thing. He was spending 50 year term in Cellular Jail, a double life imprisonment, where escape was impossible and the tortures were more than unbearable. He laughed at the Judge when he pronounced this sentence, asking if he was confident that he would last till then. He was 28 year old when he went to Cellular. The most tragic thing is that, for a long time Veer Savarkar didn’t know that his brother, Ganesh, too was there. He thought that Ganesh was with his mother. When, one day they met suddenly on the grounds of Cellular Jail, one should think what would have gone in the minds of two brothers then.

He filed a few mercy petitions, but the fourth petition was accepted. He and his brother moved to Ratnagiri Jail in 1921 and at last were released in 1924, on the condition of remaining forever unemployed. Although, he bargained for freedom, but writer named Jayant Joglekar, considered it as a ploy to indulge in the activities he loved. This is what I think too.

I think, living in jail, where he was unable to do anything for the freedom of India, he considered the option of asking mercy from British Government, seeking it on their terms better. So that, he could come out and start again to rout out the Britishers from his motherland. During his term, his focus shifted to Hindu culture and political nationalism. He wrote a book, Hindutva: Who is Hindu, which was taken out of prison hideously and got published by his supporters under name Maharatta.

Whatever the works of later life of Savarkar, there are things which cannot be refuted. Such as his contribution in the freedom struggle of India, as stated before and his works for the upliftment of Hinduism. In current times, talking about Hinduism, Hindutva, term you not only communal, Bhakt but if given chance the opposition try to destroy you in totality. Today, defintion of secularism is appeasement. For example, people oppose Manusmriti, did they read it? No. But Manusmriti should be burnt. That’s not sanity. But appeasement.

I think, that we should start something, which give an idea about the people who fought for us against the enemy. We should teach in such a manner, that people of India should know that it’s not because of only one family or two, we had what we had. It’s a cumulative effort from everyone and from all walks of life. We should let the current and future generations know that we are sitting on the treasure of rich culture. Our religion is not weak, its the most tolerant religion in this world and so, the most misunderstood.

I have no problem from those who abuse Savarkar, but will it not be better, if one should understand the facts before doing so? Else, it will only discredit you and not the one, who left the earth more than 50 years ago.