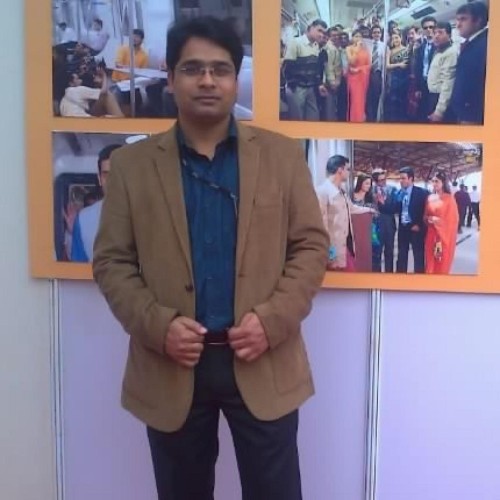 Hope you all are doing well!

Considering the recent negative ecosystem being created against the personality, policy, approach, capability and intentions of our Prime Minister, I have something to share which you may or may not like depending upon your deep seated preoccupations and prejudices against Narendra Modi. You may have your own perceptions. At the same time I also have a right to speak my mind. So here we go.

First and foremost thing which I need to mention here is, do not be so skeptical of the capabilities and intentions of Narendra Modi, One of the most beloved and talked about Prime Minister of India. #TrustModi, He is more mature, have more political experience, being PM has deeper access to and understanding of confidential and classified information affecting the country than we people have. He knows much better as to when and how to react to a particular situation.

Anti-Modi lobby including Congress-left alliance (some people), some media houses, NGOs (Not all), ISI with its sleeper cells in India, LeT and other terrorist organizations, radical Islamists (not all Muslims) are hell bent to dethrone Modi in 2019 by whatever means. They have moles in almost every nook and corner of India and in every government agency including Army and Intelligence.

Strong chances are that Pakistan in cahoots with these anti-India forces and some Politicians with vested interests will try to wage a small scale war against India on West front to destabilize NDA government and India’s economy before 2019 elections. Increasing infiltration and intensified cross border shelling testify to this fact.

In this case China could also open another front against India on eastern sector in collusion with Pakistan to pressurize India to toe it’s line and accept it’s dominance in the region. As bilateral relations are in “sensitive zone” now a days in post-Doklam Scenario, China has also started consolidating it’s presence in Indian Ocean by cosying up to Maldives and Srilanka; and by frequently sending it’s submarines, warships, frigates to Indian Ocean, a development which is a cause of concern for India. China wants India to accept it’s One Belt One Road initiative. India is opposing this vehemently as China Pakistan Economic Corridor (part of OBOR) passes through Pakistan Occupied Kashmir, which is an integral part of India. This is considered by India as a breach and transgression of its sovereignty. Miffed by this stance of India, China has launched a kind of psychological warfare against India on three fronts.

Considering this scenario, and knowing it very well that actual threat lies inside the country, which could internally destroy and disintegrate the country in case of external aggression,  Modi Government, tactfully, has softened it’s stand towards China as evident by recent developments in post-Doklam scenario. Tackling Pakistan and it’s supporters of its evil design inside the country is major challenge.

Modi’s frequent visits to UAE; recent visit to Palestine; Iranian President’s visit and his address to Muslims in Hyderabad; Jordan King’s visit, Modi’s breaking protocol and receiving him on the airport’s tarmac; King’s address in Vigyan Bhawan criticizing radical Islam all over the world and increasing radicalization of Muslim youths says a lot. In the presence of who’s who of Islamic seminaries and Islamic preachers and Sufis in India, Modi’s showering praise of contribution of Sufism and Islam in Indian culture, and exhorting Muslim youths to shun extremism and radicalism and contribute in country’s growth by telling them to hold Quran in one hand and computer in another hand. Modi’s two minutes surprised silence in reverence of Azaan, while speaking in party office after spectacular performance in North East elections, spoke a lot about his ‘tolerance’.

All these gestures have deep meaning pointing towards his concerted efforts for unifying and strengthening the country, saving it from the clutches of radicalization, extremism, chaos, anarchy and civil war. Main task in hand is to contain the hidden enemies. So trust him, believe in whatever he is doing, you may not like it as an individual but in the larger interest of the country he is doing more than enough which you may not comprehend. A person who has sacrificed his whole life for serving the motherland, who is still toiling hard 24*7 for the betterment of the country deserve your respect as well as your trust. Stand with him and support him in this pious cause of serving and nourishing the country to make a#New India, based upon the principle of #SabkaSaath-SabkaVikaas, in which everyone could live a peaceful, prosperous and healthy life.