The Left should leave: Read why 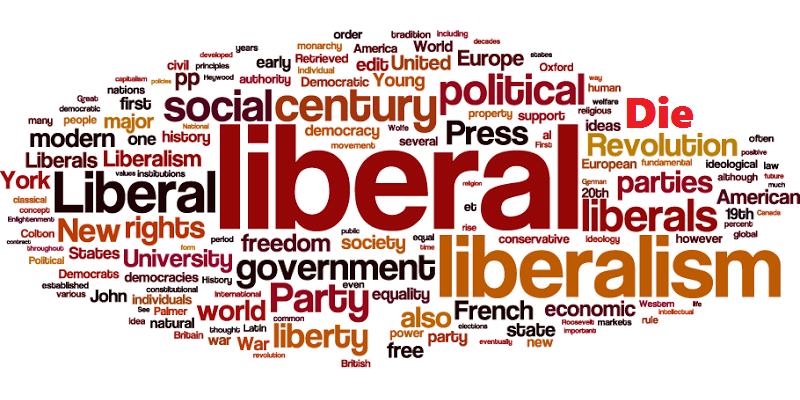 If you’re against an ideology, so be it. It is your constitutional right to choose what ideology or religion you may or may not want to follow. But it is when you choose to sport a blind eye to reality is when it’s annoying or rather disgraceful to humanity.

Left liberals speak about the rampant religious fanaticism that’s going unchecked under the current government. I could name a lot of cases where the religious fanaticism came from Islam. But no, an eye for an eye is not the answer. While they weep for a Pehlu, a Sawan for them is just like Tusshar Kapoor in Gayab. There will be no candle light marches, no seditious slogans, no protests. The death of a Hindu will always whither away with the wind like a dandelion in a field. The discourse that every Muslim is innocuous comes from the ever ignorant comprehensive ability of a Left Liberal. It’s a hobby for the Left liberal to defend the human rights of those who annihilate the human rights of others. Liberal poster boy ‘Justin Trudeau’ called ISIS ‘fighters’ to be an extraordinary voice in Canada. It might be his naivety, given the benefit of doubt; but if Hitler were alive, he would’ve been called a ‘Pious monk’ who lost his mind and decided to kill 6 million people; of course by left leaning liberals if it suited their interests.

For 10 long years, we recited the Preamble of India in school. There’s one phrase that has stuck with me ever since – “Equality of status & of opportunity”. India has given a lot more to Minorities than to Hindus. Separate personal laws, special status to Kashmir, non interference in Islamic law, multiple reservations to minorities, allocation of numerous subsidies. The list is long. Is this “Equality of status & of opportunity?” If yes then I have wasted approximately 4000 minutes of my life reciting something which meant jack shit.

The Left’s secularism is prejudiced and false. It is bigoted and discriminating. They are outraged when the government spends money on erecting statues of Hindu idols, but raise their head with pride when they look at the Taj Mahal. I am not saying it is not beautiful, it definitely is, but what is wrong in promoting Hindu culture? Hindu tradition? Is that not what we have evolved from? What is wrong in teaching children what the great sages left for us to see? I agree wiping out the Mughal empire from textbooks is not correct as it is a part of our history, no matter how gore or bloody. But the addition of Hindu tradition and values to textbooks isn’t wrong either. Ask any millennial in India whether or not they have read the Vedas. Ask them if they know about the great Indian sages. I am sure 9/10 will say no.

The Left loves reading and sharing articles that expose the so-called patriarchy of Karva Chauth but have a hush hush attitude towards Sharia law which is regressive, oppressive and neolithic. To my astonishment, they even defend it! The Constitution of India has given us rights to free speech but they use it only to demean Hindu ideals. However, speaking against Sharia is not compliant to their secularism. While, if one Hindu screws up, it’s taken as if all of Hinduism is a full blown anti Abrahamic element. And at the same time, these stupefying group of people share articles about how the first Church was build in India in around 52 AD.

Over the years, the Left has totally distorted the idea of secularism. Real secularism will only be achieved by the implementation of a Uniform Civil Code. However, they never be an advocacy to this as the appeasement tactics that they currently use will be rendered worthless.

The Left is nothing but a sensationalizing bigoted troupe dancing to the tunes of their masters. They are like this irritating Indian Uncle who just wishes that our family shreds so that they can have a piece of the pie! The Left can masquerade as the Utopian ideals of civilization for as long as they want to, but it doesn’t change the fact that they’re mostly a group of waffle minded Marxists with no work in hand.