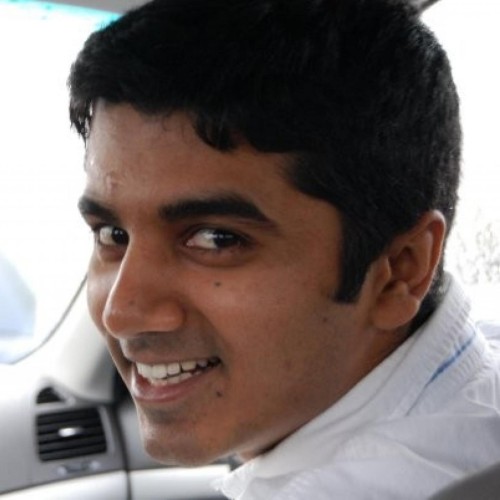 Finally after a week long suspense, speculation and sort of confusion we have an announcement of the choice for UP CM. Yogi Adityanath. And if twitter’s sentiment is one of the ways to check the pulse of left-liberals, they have already sounded the bugle for the upcoming 2019 battle after this shocking yet a pleasant choice of the top BJP leadership.

Mr. Modi & Mr.Shah, you have played your cards right. It can’t get better than Gorakhpur’s firebrand.

First of all in the interest of transparency a full disclosure, I have been a hardcore BJP and Modi supporter since 2009. A left liberal who converted over to the right after opening my eyes & getting disgusted with the dangerous secular propaganda that was being shoved down the nation’s throat in a systematic way to further a dangerous agenda of weakening the nation from within for the benefit of a dynasty’s continued survival.

Honestly speaking, I didn’t even think in my wildest dreams that Yogi Adityanath would even be considered for the CM position, even though I had always felt that he should have been declared as the CM candidate prior to the elections. So waking up to the news of Yogi’s name being picked for the top post was certainly a fantastic.

It’s a well known fact that demographically, politically and by it’s sheer size UP has always been a behemoth in it’s own right. A state that is as big as the United Kingdom and 4 times it’s population can safely be called as a nation in it’s own right. And I will not dwell on the already obvious reasons of UP’s importance on the national scene.

I feel Yogi as CM pick for UP was absolutely an Ace card for the BJP, which they had to play lest it went waste. And it was the best moment to play it, as the opposition lays in tatters and the public mood in UP being highly favorable to not only BJP but also to the overall Hindutva ideology. It really would have been suicidal for BJP to not have realized the fact that it wasn’t just it’s Vikas plank that delivered the state in it’s kitty with such an thumping majority. The Hindu vote consolidation and the obvious polarization wasn’t a coincidence for sure. Hindus in UP voted collectively for far more important issue on the table, Security. Yes, Security is and was the issue. And it ought to be the top priority even before Vikas in my opinion and it’s in the national interest that the security & rights of Hindus to be taken care of.

Whether one likes it or not, the very reason India has been the sole nation with a thriving democracy in a troubled neighborhood is it’s majority Hindu population. If one cares to remove the biased lenses of left-liberal propaganda, it wouldn’t be difficult to see the fact that thanks to it’s Hindu past India has been the strongest defender of Pluralism and Tolerance in every aspect in spite of it’s issues over ages. It never compromised on it solely because of the inherent Hindu predisposition to peace, mutual respect and a natural desire to embrace one and all in it’s bosom. This being weaved into the nation’s DNA over thousands of years, has ensured that the modern India we live in today is a vibrant pluralistic democracy where a sitting CM and a JNU grad has the freedom to even abuse the sitting PM with vilest of words without the fear of repercussions. By reducing Hindus to a useless majority with no say in their own survival, India would only be inaugurating the demise of it’s much celebrated Democracy and effectively cremating it’s freedoms.

What does even Vikas mean in reality when a peaceful majority is being pushed around, threatened, mauled, bullied at every stage, discriminated by an administration that is hell bent upon appeasing it’s minority vote bank? After the Kairana tragedy, I think it was a breaking point for many Hindus in the state clearly who started seeing writing on the wall as to what would happen if Samajwadis hung onto power for one more term. A dangerous pattern had come out in the open and which would have been suicidal to ignore. The same pattern that we saw resulting in the ethnic cleansing of the majority Kashmiri Pundits. Hindus have been strangely suicidal in the past if one flips through the pages of history, inadvertently albeit. Fortunately that seems to be changing and they seem to be opening their eyes fully to the gravity of the problem on their hands which would decide their existence into the next century.

With the rise of vote bank politics, minority appeasement policies to win elections and caste politics to keep Hindus further divided had resulted in the political parties being played right into the hands of radical Islamic and breaking India forces. Rajiv Malhotra dwells on this in detail in his book,”Breaking India” for those who are interested. Hindus were clearly not a vote bank for most of the political parties as Hindus never thought of themselves in such a way. Rather it was more on the lines of caste, which made it even worse for Hindus and there was no incentive for those vying for power to appease them. It was easy to take them for granted. But then all that changed for the first time with rise of Modi in 2014 elections that shook the ground under the Lutyen’s Elite.

A state like UP needs a strong and level headed personality to rule it effectively. A leader who has the ability to be autonomous in his own right without the strings of a high command sitting in Delhi tugging at him. If there is one thing that, most Indians nowadays hate to the core is this high command culture that the Congress Party had so deftly perfected in the last 70 years.

So in that sense, Yogi Adityanath had to be the front runner for this post. His electability even when BJP’s hand was in the gutters during 2004 & 2009 speaks volumes of his personality and electoral appeal. This can only be ignored at BJP’s own peril. The fact that he is popular across the board among both Hindus and Muslims in his own constituency is yet another attestation. And his track record when it comes to actual governance and delivering on public welfare projects in his constituency without any hint of discrimination towards a particular community even when he could afford doing that owing to his Saffron credentials speaks volumes of his character.

Last but not least, without Yogi’s organizational skills and crowd pulling abilities in parts of UP where Yogi commanded legions of followers, I doubt Modi would have been able to address such humongous rallies. If BJP does anything well when compared to the other parties, it is that it lets leaders within grow organically and come to age even before one notices their rise. And Yogi’s time had come.

Most importantly though,one can see Modi-Shah duo’s calculated yet shrewd decision making skill with their CM pick. After the March 11th Modi tsunami in UP, the way obituaries were being written in the media for the idea of India it was clear that there would be a Super Mahagathbandhan against BJP in 2019 general elections and every possible dirty trick in the book would be played to defeat Modi and bury BJP along with him.

In light of this self evident declaration of war by the so called secular parties against Modi-BJP it would have been suicidal to have selected a weak personality as CM of UP who couldn’t command people’s attention on his own without Modi’s oratory skills & aura shining on him. With Yogi as the CM, it now not only forces the Mahagathbandhan parties into the corner and leaves them with no choice but to look towards their traditional vote banks and minority vote banks to bail them out in the 2019 elections. This will result in even more appeasement of minorities even more audacious & brazen, resulting in a further polarization of Hindus on a national scale. This is exactly what BJP would want to happen to help it win even bigger than 2014.

The only way the dangerous vote bank politics and minority appeasement can be destroyed for good of this nation is by reverse polarization of the Hindu majority and a creation of a consolidated Hindu vote bank. There is no other way that can force political parties to realize the futility of minority appeasement and the inherent dangers of such policies to not only Democracy but also to the fabric of a multi cultural nation like India. With Hindus voting as a bloc too, it wouldn’t be long before these so called secular parties would realize they only stand to lose each time.

Adityanath Yogi as CM is the best thing that has happened to UP after ages. He will deliver on Vikas.