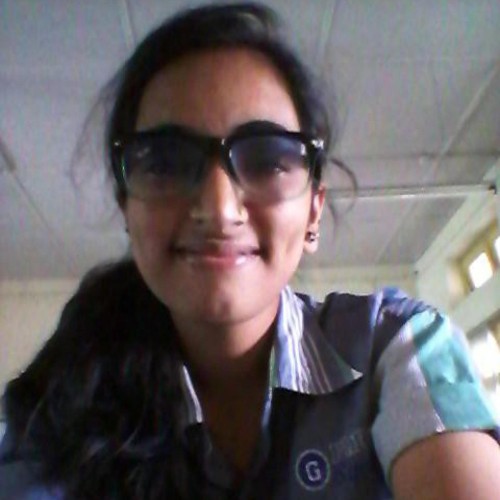 Day 1: Pregnant Elephant, let’s name her Vinayaki was searching for food in a town (un-named for now) close to the jungle. She found pineapple and being extremely hungry, decided to eat it without a second thought. To her surprise found it to be laden with explosives. She was totally taken aback by this sudden malice. The explosives burst into her mouth and trunk leaving deleterious effect. An injury that left a mark not only on her body but something within her broke. It was her spirit.

Day 2: Vinayaki was restless. She could not eat anything nor drink water. She entered a lake to relieve the pain which was becoming unbearable. Meanwhile, the locals noticed her and contacted the forest department.

Day 3: Officials of the forest department visited and in a vain attempt tried to save her. They were unable to even provide her a little comfort during the last few moments of her life due to a lack of resources. Vinayaki died as her jaw was broken and she could not even drink water. She died in the lake in standing position without even harming a single soul.

Day 4: Pictures of Vinayaki emerge everywhere on social media. People made tweets about how barbaric act it was and how the perpetrators must be punished severely. People were making unnecessary statements blaming each other on this incident. Some took collective responsibility stating how they were “ashamed as human”. Nothing related to this incident was yet published by any of the media houses except that the incident occurred in Kerala. During this period, Pooja Bhatt, daughter who calls herself Christian, being daughter of a Muslim, Mahesh Bhatt, tweeted a controversial statement which said how “we” worship Lord Ganesha and kill and abuse elephants, How “We” worship Lord Hanuman & get pleasure out of watching monkeys being chained & performing degrading tricks. We worship and revere female goddesses and resent strength in women, abuse, maim them & practise female infanticide. She was blaming Hindus for the incident even before the accused were caught.

Another woman “Samina Shaikh” who works for a popular news portal Times of India uploaded a cartoon :

These statements are enough to incite a moderate person like me who is even not a chest thumping, mandir going, trishul carrying Hindu. But I do respect my values and cannot tolerate insults. Again “Samina Shaikh” is blaming the Hindus. Both the twitter handles of Pooja Bhat and Samina are followed by thousands of people and blue tick verified. Some people obviously took offense and started flooding these tweets as a result, Samina deleted the tweet. And said how the picture was shared to her by a ‘Hindu friend’. Samina has tweeted previously several times demeaning Hindus. Not only that, Samina Shaikh’s old tweets of taking a dig at Hindus by making ‘gaumutra’ jibes have also resurfaced on the social media platforms. Just like a typical Islamist, Shaikh seems to have a habit of mocking Hindus and Hindu traditions. As a result, she was trolled a lot on the social media platform.

At this moment, however, some media house had started digging into this news and bringing up new stories on the incident that it occurred in Mallappuram district of Kerala. The people started speculating that it was a Muslim dominated area. As soon as this news reached the double faced secularists of India they deleted their previous outrage tweets on how the perpetrators must be severely punished etc. Rajdeep Sardesai of NDTV tweeted how in most of those areas the crops of poor farmers are destroyed by wild boars and the farmers need to protect their crops from the wild boars. The headlines of previously reported news were changed all of a sudden. Now the district name was changed from”Mallappuram” to “Palakkad”. The headline of previous news said “elephant fed with pineapple” and new one said “elephant accidentally ate pineapple”. Some web portals like “scoopwhoop” self-declared web journalists went as far as changing the pineappple to “coconut” to make their false narrative even more credible to the idiot readers. Scoopwhoop news stated the following line: “Upon investigation, it was found that the incident occurred in Palakkad and not Malappuram. Palakkad is actually under the BJP. The investigation also found no truth to the accusation of 100s of dogs being poisoned.”

See the pattern here, the media houses themselves feel a need to change the headlines and they are going to blame the majority for communalizing the death of this elephant. Nobody had asked them about the party under which this incident occurred as it is immaterial. Any govt. under which this incident occurs has nothing to do with it but still, they felt a need to mention it. During this entire scenario no “Animal rights activist” or NGO or Peta came to make any statement. Except Maneka Gandhi who said “Mallapuram is known for its intense criminal activity specially with regards to animals. No action has ever been taken against a single poacher or wildlife killer so they keep doing it.”

Now everyone had completely forgotten about the poor elephant and how she died while everyone is focused on which religion the accused turn out to be from. A deliberate attempt was made to whitewash the sins of the accused. CM of Kerala, P Vijayan issued the following statements “In a tragic incident in Palakkad dist, a pregnant elephant has lost its life. Many of you have reached out to us. We want to assure you that your concerns will not go in vain. Justice will prevail.We will also try to address the causes behind the increased incidences of Human-wildlife conflict. Climate change could be adversely affecting both the local communities & animals.Having said that, we are saddened by the fact some have used this tragedy to unleash a hate campaign.

Lies built upon inaccurate descriptions and half truths were employed to obliterate the truth. Some even tried to import bigotry into the narrative. Wrong priorities.” Many people exclaimed that unnecesarily a communal angle was given to this incident.Remember, nobody came to rescue when people like Samina and Pooja actually tried communalizing this incident.While simply stating the facts about the probable accused and place of occurence of incident were”communalizing”. Some people went further to state how “Sanghis” “always terrorised Muslims” in muslim majority Mallappuram. I wonder if this statement is even 0.1 % true. These are only two examples, digging up further you will find many.

Under these sad state of affairs, few of the news media on television reported this incident according to whatever information they received through ongoing narratives. Only one news channel actually went to the spot for getting the real news. As this incident had become national outrage by now and arrest had been made. Carefully note the headline of this news made by popular news portal “The Hindu” (?) The report mentions “one arrested” but only his first name is mentioned which is Wilson. The report does not mention at all the names of the “two in custody”. India today also did the same thing. Only One News portal OpIndia dared to write the names of the accused. This news portal is frequently accused of so called “hate mongering”. But they simply cite the facts which they discover through simple things such as telephoning the local police station. They stated “Palakkad Superintendent of Police G Siva Vikram has named the absconders as Abdul Kareem and son Riyasudheen, both natives of Ambalappara. They are suspected to be the owners of the estate, where P Wilson, the accused who was arrested earlier in the day worked.

Interestingly on social people commented that the full name of ‘Wilson” was “Wilson bin Hasan” which was not mentioned anywhere in news reports. This is how the narratives are changed within a few days.”Mallappuram” becomes “Palakkad”,”Pineapple” becomes “coconut”. Names are hidden on purpose. Today as I write this article, I wont be surprised if someone accuses me of islamophobia and says that there was no elephant but a Dog that died and it wasn’t even pregnant. If the leftists can still do this in the era of social media, I wonder what they did to our history.

While some of them are drawing parallels between pregnant “activist” Safoora Zargar and Vinayaki, they fail to acknowledge facts. Vinayaki the elephant died and did not even harm a single creature while dying. On the other hand, Safoora incited violence and was responsible for deaths of more than 50 people in the anti hindu delhi riots.

P.S: Sometimes just a whatsapp status is not enough.