ToI’s mainstreaming stupidity or a pure paid news by Congress? 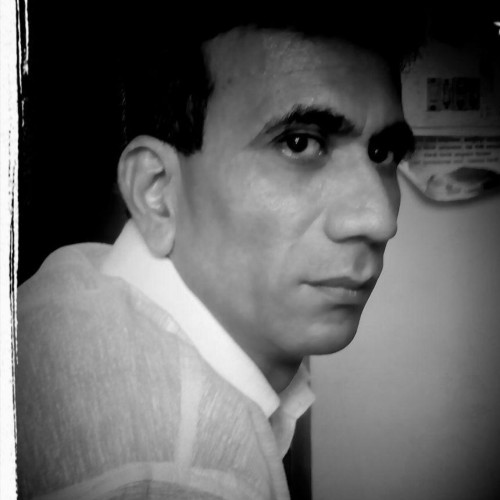 If you have read a ToI Op-Ed, you did be surprised! Yes – Times of India is accepting what Rahul Gandhi said in Hamburg and in fact mainstreaming it. For the uninitiated, “The RSS’ idea is similar to the idea of Muslim Brotherhood in the Arab world,” the Congress scion said at the International Institute of Strategic Studies, a London-based think-tank.

Belling the cat is what ToI Op-Ed says. In the Op-Ed, ToI says that on a closer look, RSS and Muslim Brotherhood operate on similar lines. ToI says Muslim Brotherhood is sociocultural organization but it forgets that Muslim Brotherhood is more like Al-Qaeda or ISIS which demand absolute adherence to Quran and Hadith and want the world to be ruled by Sharia laws. Whereas RSS or Hindus don’t have a universal law, which can be followed. I can be a dvaita, advaita, charvaka, vaishnava, shaiva or even a demon god believer. RSS cannot be similar to the Muslim Brotherhood because it does not have a hegemonic or monolithic stand like Abrahamic religions.

I don’t have a problem with what Mr.Gandhi said. He is known to utter foolish things which are never based on facts. But it comes as a surprise that ToI is taking his utterances at face value and even doing an op-ed on it. In a time when there are several noteworthy Op-Ed subjects like Kerala floods, 15-year-old Vihaan winning a Silver, killing of priests in UP etc. ToI surprisingly chooses Mr.Gandhi’s utterances for its Op-Ed.

If you are Times of India reader, you may have noticed over past few days that the headlines are made up of what Mr. Gandhi says or does during his overseas tour. It is none of my business to dissect what Mr.Gandhi is doing but being a fan of Times of India since times immemorial, I find there is a sinister campaign to mainstream the stupidity called Rahul Gandhi. If this is not paid news I don’t know what is.

Coming back to the subject – Are RSS and Muslim Brotherhood similar? Never mind what Mr. Gandhi says, let’s check out some facts. The Muslim Brotherhood called al-Ikhwān al-Muslimūn in Arabic, is a transnational Sunni Islamist organization founded in Egypt by Hassan al-Banna in 1928. For all purposes, the Muslim Brotherhood seeks to reinstate the rule of Caliph believed to be Mohammad’s representative all across the world. Muslim Brotherhood has been declared a radical Islamist organization banned by many Islamic countries including the country of its birth, Egypt and the country with two supreme identities of Islam, Saudi Arabia. Its first object is to implement Sharia law in-toto, hijab for all women, stoning of rape victims, cutting hands of thieves and other pre-medieval punishments which are outdated today.

RSS or Rashtriya Swayamsevak Sangh is a voluntary social organization which has a single objective – nationalism. RSS has never called for a Hindu world where a Ram like figure would rule the world. In fact, like Hinduism, RSS is non-proselytizing. You have to volunteer for RSS. RSS was born when Congress was seen as a lumpen element catering to the British colonial interest more than national interest. When M.K.Gandhi declared support for British in World War II, RSS was totally opposed to the idea of getting Indians killed for a foreign power.

However, the colonialists felt that Congress was nearest to them to the idea of breaking India (Divide and rule) so they chose Congress to rule after they left. Much to the surprise of Winston Churchill and his predecessors, Mr. Nehru with the help of Sardar Patel formed India into a single identity. At that time, the RSS was quietly doing what it is doing now – spreading the idea of nationalism through its shakhas.

Never once since its inception has RSS called for a worldwide Hindu hegemony, unlike Muslim Brotherhood which wants a pure Islamic world. This is because Hinduism even in its pristine form is a non-proselytizing religion so it would be difficult for any organization to implant or force Hinduism on any nation, state or even culture. It is said that Indian Hinduism and culture differs every 20 miles. This is the very reason that various Muslim conquests and Christian evangelists have failed to convert Indian Hindus. Hindus are not central – you just can’t convert something which doesn’t have a nucleus. The Christians have been successful in Northeast India where the population was hugely hegemonic and animalistic but have failed in their conquest of central India where the cultures and religious dimensions differ every square kilometre.

Dear Time of India editor, Muslim Brotherhood is a terrorist organization deemed so by the keeper of two holy mosques itself. So stop your mainstreaming of stupidity and paid news. I hope that the election commission of India is noting what is published under news in recent days.

And no I am not a BJP or RSS sympathizer. In fact, I last voted for Congress because the local corporator was doing a good job. So don’t label me a bhakt but be aware of the sinister campaign to label all Hindus bad.