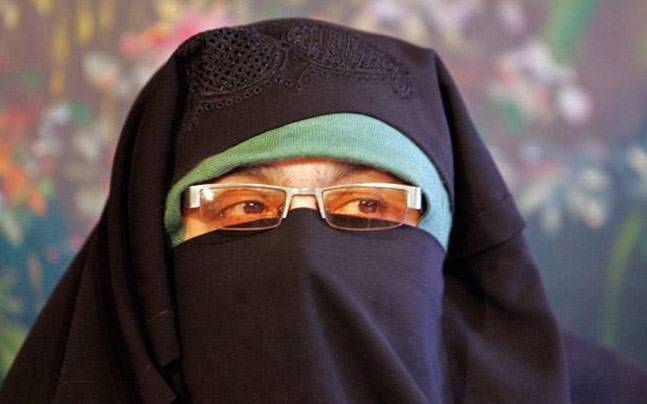 Once again Asiya Andrabi has provoked the Indian state as well as its peace-loving citizens. In a recent event held to celebrate the Pakistan day, ms Andrabi has claimed all Muslims are Pakistanis.

Once again, it is not a great surprise how this was given the usual miss by our so-called liberals and intelligentsia, the pseudo-secular brigade. Imagine what their reaction would have been if it were someone from the BJP-RSS Sangh Parivar to have said this. The whole left-leaning Lutyen’s media would have pounced upon them and torn them to pieces grinding it non stop for weeks on end.

Now what is important is not what Andrabi has said, but what the Muslims themselves think about it. Strangely, few voices if any from the community have spoken out against this rant of the habitual India hater. Now one may ask, why they should prove their credentials every time a fringe element makes such a statement. There are many reasons actually.

One, whenever, such hatred is spewed by fringe elements belonging to the majority Hindu community, there is both a demand for disowning such statements and even without such demands, the civil society is quick to condemn it unequivocally. It gives a confidence that the saner elements are very much there, has the upper hand and is ready to take on these elements head on.

Two, a disowning of such absurd statements is required because that will tell this rabble-rouser that the larger Muslim community does not see her as their representative.

Third, such a disowning done in strongest possible terms in multiple fora is essential not to prove their patriotic credentials but to send a strong message that they don’t like this kind of provocative statements and it is better their likes kept quiet if they actually wanted good for the community.

A deafening silence and absence of a strong disavowal can create and reinforce an impression among non-Muslims that the community itself acquiesces in what Andrabi says and the belief that Muslims in India are Pakistanis is not confined to a fringe section but quite a widespread belief across a cross-section of the Muslim society.

We a majority of the Hindus do not believe that Muslims are Pakistanis; neither do we believe that the Muslims themselves can hold such a belief. I am hurt as an Indian when the likes of Andrabi claim to speak for all the Muslims. All I request and expect of my Muslim brethren is this: please condemn her statement with all the strength of your conviction and tell her in no uncertain terms that she does not represent You. I ask this of you not to prove your patriotism but to deny the legitimacy that Andrabi seeks. A disavowal from the community can be a hundred times stronger blow (than mine, for example, because it is to provoke me into hating you that she made this statement in the first place) to her because it is your community that she claims to represent.