More
HomeOpinionsGenderism in a ring of fire
FeaturedOpinions
Updated: 1 August 2022 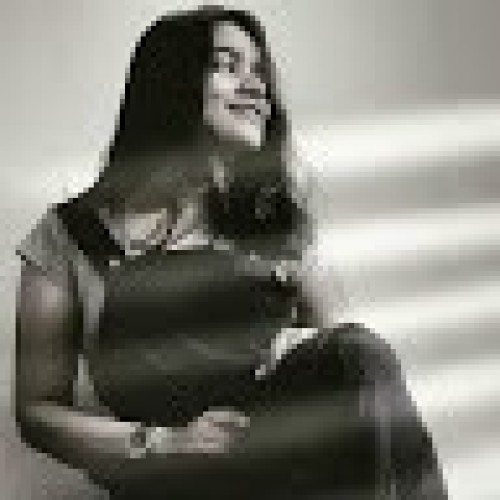 The Rise of a Communal Existence

LGBTQ+ is a communal power that will relatively exceed its boundaries in the global community. This is why just noticing one side of the coin is not enough, one must be aware and be able to balance both sides of any social cause before supporting it. The fourth wave of feminism has supported modernity through digital activism where genderism has played a crucial role to raise its voice and seek recognition through various aspects. Apparently, the United States of America is one of the largest states that has legalized the LGBTQ+ community and has been under threats of health issues because of the same. The LGBTQ+ reach stands as a threat to a sustainable future and Ecology. Today the situation might be different but it will definitely be progressive in the coming years.

Respecting every gender’s personal space and interests, I’d like to add that recognition of genders and rights or laws protecting them, go hand in hand which also requires common awareness and acceptance. One can never impose acceptance nor one should support something this vast without reasons or basic knowledge. Do you think you have a unique reason to support the LGBTQ+ community or you’re with the social trends?

The Oxygen For LGBTQ+

This oxygen of emotional flow has been reacting with the logic of social dilemmas and fixing its non-biological stance to a major extent. People who support the existence of genders, choices, interests, and the idea of free choices are mostly unaware of the biological harms. They tend to follow this social trend where a natural existence is celebrated and exaggerated until the end where science cannot conquer the spread of emotions but remains static. This loss of credibility and accountability works like oxygen for the sodium like the LGBTQ+ community. This war on social-sexual constructs and biological sex has amazingly captured a widespread acceptance with intellectual opinions and without proper focus on the knowledge base.

“If all the political and social reforms you believe in came to pass, would it make you a happier human being?”  Happiness is indeed required for personal development, but should it be at a cost of health?

A Thread to Post-Modern Philosophy

A modern-era philosopher Michael Foucault believes that we tend to oversimplify the transition by viewing it as ongoing and inevitable attainment of freedom and reason. He argues about the intimate bond of power stating ‘where there is power, there is always resistance.’ The power of sexual and emotional sentiments must not overload in any community which can eventually reach a pace of higher resistance. This can be also related to Arrow’s theorem which sums up that ‘it is generally impossible to assess the common good.’ Even though everything depends on one’s choices and interests but there is no way that everyone reaches a level of satisfaction.

Let’s get a closer look at the scientific side of this communal rise,
1] The University of Southern California in 2021, posted a USA-specific data result after comparing the lives of general people with the LGBTQ+ community people that depicted the struggle of LGBTQ+ youths with depression, developing suicidal thoughts, physical violence, HIV, sexual diseases, and homelessness, which are higher than average as compared to the rest of the population.
2] The National Gay and Lesbian Task force (2021) reported that 78% of transgender students in K-12 grades were victims of harsh harassment, with 35% reporting physical assault and 12% reporting victims of sexual violence. The low acceptance rate in the USA has eventually led to 62% of LGBT homeless youth attempting suicide.
3] The Public Health Journal ( 2021) published a report result based on a specific study on the LGBTQ+ community in the USA, where they analyzed 135 LGBTQ+ suicide reports from 5 different newspapers where social stigma was proven to be the most common factor.
4] The Centre for Disease Control and Prevention stated that LGBTQ+ people exist as common members in every community. Hence, they should be encouraged to follow routinely health check-ups for overall health conditions. The studies showed that in 2014, men who had sex with other men were responsible for 83 % of primary and secondary syphilis cases in the USA.
5] Men who have sex with men are also 17 times more likely to get anal or oral cancer than general heterosexual men. Studies in Psychology have found that Gay couples in relationships often acquire patriarchal traits, where they are more prone to potential aggression and violence. In a similar manner, a lesbian couple emphasizes egoist and dissatisfied characteristics. All other gender interactions also hold certain violent or domination-based stances but the difference in LG couples stays compliant.

Joel Morales who is the Director of Operations at the LGBTQ+ Centre in Orlando stated, “I wouldn’t call it an epidemic, but we have a rise in new HIV transmissions because we don’t have a lot of education out there.”

The ultimate reason for the existence of any state is public welfare. USA is one the trendiest states supporting existence of the LGBTQ+ community, providing them recognition, space and progressive factors like pink capitalism. This so-called natural right is being followed in several other nations too, depicting a social fraternity among humans and not to exclaim but it’s even banned in several nations.

India is a diverse and multi-cultural society with a variety of traditional mindset that is lifted to a level of westernization in every successive generation. Yet recently , we found that India abstained from voting on UN resolution to create a watchdog on LGBTQ+ ,which questions it’s run on active status and future of the LGBTQ+ in India . In 2012, after the census, the Ministry of Health along with India’s National Aids Control Programmed discovered that approximately 7% of gay men were diagnosed with STDs out of a total of 2.5 million gays.

In 2009, the Indian Penal Code, Section 377 defined homosexual acts as ‘carnal intercourse against nature’ and in 2018, the criminalization of homosexuality was removed. As per, Times of India, in 2019, over 69% of Indians think that gay marriage should be legalized, the other 26 % of correspondents said they were contemplating the issue while 5% were against it. Among which 71% of people were willing to participate in a public demonstration to demand and fight for LGBTQ+ rights .

A See-Saw Ride to Genderism in India

Picturing this distance between the traditional Indian society, the balance by the judiciary, and the social wave of genders on a see-saw where one side starts to lose weight of influence and the addition of forced supporters of LGBTQ+ increases with time and generations, will eventually create a blow-off for the excess weight of genderism from the balanced see-saw. The existence of LGBTQ+ in society is natural and it genuinely depends on people’s mindset /choices to accept it or not. The older generation of the population might be less open about it, might feel that normality exists within some sexual boundaries or might hesitate to imagine a future with it. However, the younger generation which is more socially interactive or open might accept the LGBTQ+ as a social trend or common factor in society. Everything will be in its place when you are aware of its pros and cons and you give it some time and space, not excess attention.

A Ride to The Next Era

Looking at the future, one thing above all we must accept that biology has never and will never support the variation of sexes nor reproduction is successfully possible between homogeneous sexes. It’s the social construct that supports the existence of multiple genders. The USA is the biggest example where the co-existence of genders and communities have witnessed a change with time in both good and bad way. We all must / can address the perspective of mental and sexual health in the LGBTQ+ community, leaving the rate of acceptance among people to take their time without over-exaggerating this socio-natural phenomenon. The existence of the LGBTQ+ community might differ territory-wise or nation-wise. Do you really think genderism today has ignited a ring of ideological influence or a social construct that has driven the society into an optimistic environment?