The democratic dilemma of India  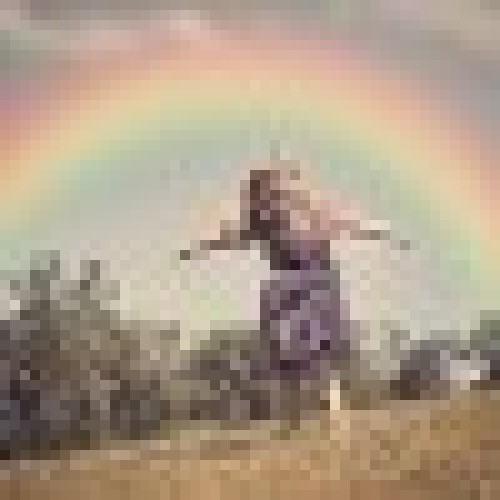 India has always defended itself from the internal political and apolitical mischiefs of the violent religious extremists. Tolerance has been the shibboleth of Indian people during the past millennia and we have always been proud of our “Unity in Diversity”. India has been the birthplace of many religions, and history shows that our forefathers have facilitated the safe existence and survival of religious organizations, leaders, and even some cult groups whilst sacrificing our dear ones for that cause. After independence, India has, as it always were, become a multi-religious, multilingual, and multi-ethnic society with a secular socialist constitution.

Many western political scientists predicted that India would crumble like a card pyramid and they vehemently tried to prove based on their trusted theories that such a diverse society cannot sustain its balance in a multipolar world. But we proved them wrong. Many nation-states became the victims of political instability, internal chaos, military coups, civil wars, and tyrannical rules, but India persisted in the inward and outward threats and stood as the largest democratic icon in the world, with its head held high. But this is the time to retrospectively analyze the cost we paid for being a socialist and secular republic and it is disappointing that the results are not at all bright.

It is a fact that India, as a multi-religious country, has had a peaceful existence while many other countries failed miserably to move forward with a secular constitution. Indi’s population constitutes 14.2% Muslims and 79.8% Hindus, according to the 2011 Census. This 14.2% of Muslims constitute 172,245,158 people which gives India the credit of being the second largest Muslim populated country in the world after Indonesia. As once George W Bush, the former United States President, said “It`s amazing that with that much Muslim population, India is safe from the threat of radical Islam”. Indeed, Indian Muslims have always tried to distance themselves from radicalism and rejected the jihadist ideology as a farce without a base. But the recent developments in India force the political specialists to rethink this long following pattern of the state of mind of Indian Muslims and wonder whether the minuscule radical minority within the Muslim community can spread their fanatical ideologies in the mainstream Muslim society.

After the accession of the Narendra Modi led central-right Bharathiya Janatha Party government in India in 2014, these Muslim radical groups increased their efforts to create political, communal, and social divisions in the society by portraying that the Government itself is working against the ordinary Muslims and their rightful claims are being dismissed without consideration. It is a fact that the accession of the central-right Government in India has given the radical right-wing organizations (who are still a minuscule minority of the population) a morale boost in their long-standing demand of creating a Hindu nation, the vast majority of the Hindus do not share their opinion.

But the radical Islamists find this as an opportunity and try to transform the young Muslims with their conspiracy theories and a purportedly burgeoning threat of Hindu-led eradication of Muslims in India. There is no doubt that as the Indian economy is growing, the life quality of everyone in India is also increasing rapidly, not only for Hindus but also for Muslims and Christens. The radical Islamists fear the economic prosperity of the Muslim community as they always prefer the Muslims in India to be uneducated and underdeveloped as poverty and destitution provide a perfect fertile ground for violence and extremism.

The recent trend in the state of Kerala is a good example of how the fanatical groups do their groundwork to create division, chaos, and mistrust within religions in a peaceful society. These radical Islamists were working underground in Kerala for a long time and they had created secret groups, social media outlets, and other working groups to implement their jihadist ideas for the destruction of the secular identity of India. It is pertinent to note that creating an Islamic State in India is almost impossible but these radical Islamists wish to relive the era when the Islamic emperors ruled Delhi. They believe that the destruction of secularism in India and the social class divisions within the Hindu majority community could provide them the opportunity to create an Islamic State from Kashmir to Kanyakumari.

The show of force in Kerala by these radical Islamists is a threat to the democracy of India and it should be prevented at any cost. By repeatedly shouting the slogans of “freedom” in public places, the Islamists are mocking the Indian law, its judicial institutions, and above all, the majority of law-abiding citizens including Hindus, Muslims, and Christians. The fundamental reason for the emergence of these Islamist groups is the electoral political strategies and appeasement of these groups by the politicians. It is to be noted that these groups are more active in Kerala than in any other state in India.

In contrast to the population division of India, as we found above, the population of Kerala is divided into 18% Christians, 27% Muslims and 49% Hindus. The 49% of Hindus are further divided into different groups effectively neutralizing their ability to act as an entity. In effect, Islam can be seen as a majority religion in Kerala and the politicians always require their support for winning elections in Kerala.

More than Hindus, who are socially divided into hundreds of small class castes which strips them from acting as a single large entity, a strong fierce vote bank of the 27% of the Muslim community in Kerala, which is largely intact, is preferred by the left-wing and liberal politicians of Kerala. Thus, the political parties in Kerala, both left and liberal, contributed to the appeasement strategy of the Muslim community in Kerala with an eye on their vote bank. That is the same reason why a Hindu majority political party like BJP cannot survive in Kerala.

Now the Genie is out of the bottle. For the last many decades, both the left and liberal political parties in Kerala knowingly or unknowingly facilitated the birth and expansion of radical Islamism in Kerala, and even after tasting the bitterness of the radical Islam, they chose to keep mum, fearing their political future. During all these years, the political parties showed a blind eye to the growth of these terror networks and they silently grew to the status they now enjoy.

Now, it is time for the left and liberal political parties in Kerala to shrug off their appeasement strategy and let the law administration authorities act upon these radical Islamists and put them under the bars. It needs political determination and willingness. Such a peaceful society like Kerala does not deserve communal violence, civil disturbance, targeted killings, and even suicide bombings. It is time to act and act fast.