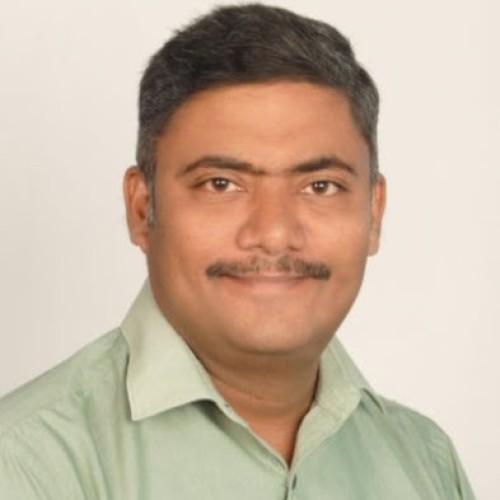 Have you ever observed the extremely unusual bonhomie among Left-liberals, feminists, and Islamists? If you haven’t noticed it, you can safely assume that you are neck-deep in practicing political correctness. Because political correctness never allows you to see beyond the smokescreen it creates.

Couldn’t understand what I’m trying to say? Read on…

Left-liberals, Islamists, and feminists are indeed strange bedfellows. Left-liberals claim that they are secular, liberal, democratic, and progressive. Feminists claim they fight for the empowerment of women. Now, take a look at Islamists. Among Islamists there are two types: those who blatantly advocate Islamization of society and the other are closet Islamists. The closet Islamists hold an equally strong desire for rapid Islamization of society through Sharia, but resist themselves from manifesting their pro-Sharia tendencies openly. Instead, they hide behind ideals such as the constitution, democracy, and human rights. Therefore, Islamists and closet Islamists are one and the same and they want Sharia to be implemented all over the world.

Now, when people come together in a political arena, they must have some ideological affinity… right? But despite my best efforts, I’m not able to comprehend what these three groups have in common. Liberals advocate secular and progressive values, feminists advocate empowerment of women, and the behavior of Islamists reflects completely opposite ideas – bigotry, violence, expansionism, and regressive tendencies. They are also opposed to women’s empowerment.

Islamism, as everyone knows, is spreading like wildfire all over the world, mostly through violent ways. The incidents happening in Afghanistan, Pakistan, Bangladesh and many countries in the Middle East are the best examples of this phenomenon.

Now, how come left-liberals and feminists have joined forces with Islamists, who do not subscribe to any ideas they advocate? The leftists, who cry from rooftops about Hindutva, fail to explain the methods used by their darling, China, while dealing with Uyghur separatists. Therefore, the real motive behind the Left-Islamist alliance needs deeper investigation. This Left-Islamist alliance is not limited to India and is prevalent all over the world.

The left-liberals and feminists are mostly found in newspaper offices and university campuses. This is where they keep coining new terms such as ‘Brahminical Patriarchy’ to denounce and stigmatize Hindus. However, they either completely ignore or even support Islamist excesses.

We are facing an interesting situation all over the world in liberal circles. If a Muslim asserts his identity and advocates Sharia, he/she is applauded in the name of pluralism. But if a Hindu asserts his religious identity, he/she is instantly branded as a Hindutva bigot. If Hindu women wear ‘Ghunghat’, it is denounced as a regressive symbol of patriarchy. But when Muslim girls want to enter schools wearing burqas (most of the pro-hijab protesters are actually seen in burqas), all the liberals, including feminists, applaud their ‘bravery’ and advocate their right to wear the garment by terming it as a ‘choice’.

The liberals don’t lose any chance to support the Islamists. They supported them during Shaheen Bagh protests during which roads were blocked for months and ended up in violence; they supported Muslims praying in public places; and they even opposed the Triple Talaq bill that is intended to do justice to Muslim women. In a way they just play second fiddle to Islamic clergy and oppose any move to bring about reforms in Islam. At the same time, they don’t leave any opportunity to intervene in Hindu religious affairs in the name of reforms. The entry of women into Sabarimala temple is one of the best examples of this phenomena. As a Hindu, I do support women’s right to enter any temple irrespective of customs, and no temple should restrict entry to any individuals based on caste and gender. But at the same time, can the liberals and the feminists advocate the same in the case of Muslim women? Can they get them entry into Mosques?

Now, take the example of the hijab row that escalated very rapidly in the country. At a time when women in many parts of the world are rebelling against the imposition of burqa/hijab, the radical Islamist organizations are provoking Muslim girls to violate uniform dress code and enter classrooms wearing hijab. This is clearly an attempt to Islamize society and create chaos in India. And, as usual, left-liberals and feminists in India started supporting Islamists by advocating the hijab. Now the entire controversy has come down to whether hijab/burqa is an essential religious practice in Islam.

The lawyers went to the extent of reading out the Quranic verses in courtrooms to defend the right of Muslim girls to don Islamic attire in classrooms. This is truly ominous. Do they want to run the country based on the essential religious practices of a religion? Does that mean we are well on our way to a Sharia-compliant society?

Recently, I started reading Quran out of curiosity. And, I was dumbstruck after reading many of the verses. For example, read the below verse which prescribes wife beating.

Virtuous women are obedient and guard in the husband’s absence what God would have them guard. As for those from whom you apprehend infidelity, admonish them, then refuse to share their beds, and finally hit them. (Quran: 4:34)

Now, imagine a situation where a Muslim woman, who is a victim of domestic violence, knocks at the door of a law court and the lawyer reads out from Quran to justify wife-beating. Will the Lordships listen to such submissions?

When the forbidden months have passed, kill the polytheists wherever you find them. Take them captive, and besiege them, and lie in wait for them at every place of ambush. (Quran: 9:5)

If India is a secular country, let it stay secular. No personal laws must be permitted, and our country should be run as per a uniform civil code.

When Muslims don’t want asylum to be granted for the persecuted minorities from neighbouring Islamic theocracies, they block roads and run riot, and liberals and feminists support them.

When a bill was passed in parliament making Triple Talaq illegal, liberals and feminists opposed it.

When Muslims pray in public places, causing inconvenience to others, liberals and feminists support them.

When Islamic militants carry out terror attacks, the left-liberals indirectly support them by calling them activists, workers, and gunmen.

We haven’t yet forgotten the fact that liberals supported the Leftist mob who eulogized the terrorist, Afzal Guru, by raising slogans that include “Afzal hum sharminda hai, tere qatil jinda hai”. While doing so, they even ignored the fact that Afzal Guru attacked the Parliament building, the temple of democracy.

We haven’t even forgotten how some so-called journalists tried to humanize terrorists by employing terms that include ‘headmaster’s son’, ‘maths teacher’, ‘austere religious scholar’, ‘family man’, and what not. And, the New York Times, the darling of the left-liberals, even refused to recognize the fact that terrorists had attacked the WTC towers. Instead, it blamed inanimate airplanes for “taking aim and bringing down the World Trade Center”.

And the left-liberals want to go to any extent to support Islamist radicals. In the process, they want to consign their reason and rationality to ashes. Their constant and continuous support for Islamists makes it amply clear that they are bereft of any ethics or objectivity.

So how long will they keep supporting the Islamists? How deep will they sink while defending the indefensible?

Will they support wife beaters, killers of polytheists, and Jihadists even while claiming to be liberals? Have the so-called feminists sacrificed the cause of women’s empowerment at the altar of Sharia just to appease the Islamists? Haven’t they already touched the nadir?

These are the questions that need answers. If the left-liberals and the so-called feminists keep moving down the same path, there will be a day when no one will take them seriously and they will not have even an iota of credibility left.