More
Home Politics What Hindus must realize in the era of soft-Hindutwa politics
Politics
Updated: 17 February 2020

What Hindus must realize in the era of soft-Hindutwa politics 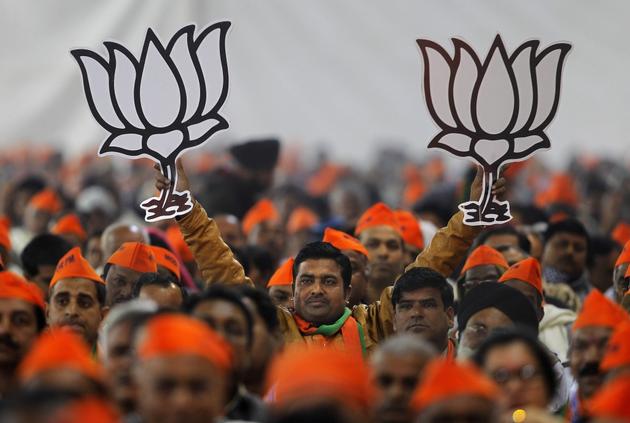 Politics is not that straight and clean; where elections are fought purely on the basis of political ideology alone. BJP and Narendra Modi alone can claim that BJP fights elections purely based on the ideological basis whereas most of the other political parties in India divides the society based on caste, religion and other divisive issues to win elections.

Victory of AAP in Delhi although can be called as victory of Hanuman chalisa but still the religious polarization of minority communities only has helped the AAP in defeating true Hinduism and Hindutwa in Delhi.

Victory of true Hinduism and Hindutwa means the victory of India, its tradition, culture, spiritual essence, tolerance, unity in diversity, universal brotherhood etc. BJP promotes only such Hinduism or nationalism in India.

The soft-Hindutwa politics appeases to both minority and majority communities and it cheats both communities for the political gain. BJP appeals to the nation not to elect a Hindu leader on religious line but appeals to people to support the revival of our ancient cultural identity, tradition and the umbilical cord that connects every Indian irrespective of their religious affiliations or belief.

Like Gandhiji, Modi also believes in committed truism and not missionary truism. Therefore Hindus must commit the self to complete Hinduism and not soft Hinduism. Most of the minority community’s intoto would listens to their religious leaders and follow their instructions even in voting. Therefore making an underground deal with such religious leaders is quite easy for all those who play soft-Hindutwa and possibly only with their permission and approval, they may be playing soft Hindutwa.

Hindus in general are nomadic in following the religious practice, philosophy and spiritual thinking. Therefore uniting Hindus by the spiritual leaders of Hindus is not that easy like the religious leaders of other minority community can do. Hindus should not look for a spiritual leader to unite them or kindle them but instead must realize that India must be saved by re-inventing Hinduism and Hindutwa, the cultural and national identity of India.

Soft Hindutwa appeal is political whereas revival of Hinduism and Hindutwa tradition and culture is national and patriotic. BJP, Modiji and Amit Shah invoke nationalism and patriotism whereas many other tukede tukede gangs play minority appeasement politics and soft Hindutwa politics.

Voting for BJP is therefore not a political decision or political compulsion but is an essential act of saving the nation, invoking nationalism and patriotism. Supporting BJP is not a religious act but a nationalistic act, an act full of patriotism and safe-guarding the nation. Hinduism does not include Hindus alone but it equally includes all other religions as well. Whether the above truth various minority communities would have understand or not but Hindus must realize and support the same by supporting BJP.

Vote for BJP is meant to build India and vote for those pseudo secular and soft-Hindutwa political parties are meant to disintegrate India.

Hindus needs to unite not for playing politics but to save India. Economy, unemployment and all other problems are only due to the cultural degeneration of India and loss of personal integrity which has led to rampant corruption which India witnessed during UPA 1 and 2. The above disease has gripped our society only due to loss for values and beliefs. Hinduism is all about good values and belief systems, cultural revival, making man to think, feel and acts like a human being. Only by reviving Hinduism, we can address all problems of India. BJP stands for solving problems of India whereas most of the other tukde tukde gangs fight election to grab power, loot the nation and cause religious polarization. Only by Hindus uniting with utmost commitment and supporting BJP unconditionally, India can be saved.

Revival of Hinduism and Hindutwa is not a religious or majoritarian agenda but a nationalistic, patriotic agenda to develop India, promote tolerance and universal brother hood and unite diversity and pluralism. Defeat minority polarization, pseudo secularism and soft-Hindutwa and support BJP to save India by re-inventing our cultural identity called Hinduism.