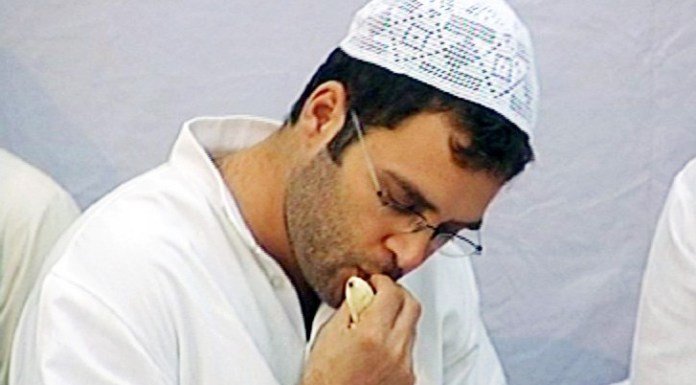 All most all non-winnable leaders from the congress party starting from P Chidambaram to many other competing sycophants of the dynast were so vocal to celebrate the victory of AAP because for them, the victory of AAP was defeat of BJP.

The daughter of former President of India, Mr. Pranab Mukerjee made a prompt interjection to P. Chidambaram for his comment by asking has congress party contracted AAP to defeat BJP or it is the responsibility of congress party and is it not so ridiculous to celebrate the victory of AAP when more than 60 / 70 candidates of congress who have lost their deposit in Delhi election? Will P Chidambaram answer the above question raised by a congress leader instead of displaying his scholarliness in economic mismanagement?

The point of debate is not about congress because congress has already dead as wished the great Yogendra Yadav who once described the dynast Raghul Gandhi to be very intelligent and knowledgeable. People of India must carefully decode the possible reasons for the landslide victory of AAP in Delhi.

Prashnat Kishore (PK) is credited for the victory of AAP in Delhi. It is speculated that PK had advised Aravind Kejriwal to play soft Hindutwa card, question the central government for why Shaheen bagh protest has not been diffused, supported abrogation of article 370 and finally chanted Hanuman Chalisa in public. It is also stated that Hanuman Chalisa has at last won. If the above speculation of PK advised AAP to follow soft Hindutwa is true, then we can reasonably assume that PK is playing a different politics with a deep agenda; that is to convert India to soft-Hindutwa nation. Recently even the dynast president of DMK stated in public that 90% of the DMK cadres are Hindus.

All those who abuses Hindus and engaged in raw minority appeasement politics such as congress party of the dynast, communist, RJD etc., were totally eliminated from Delhi politics.

BJP is although branded as Hindutwa party, every hard core follower of BJP knows the truth that BJP is a true nationalist’s party, recognize and respects every religion, diversity, secularism and sab ka vikas.  At the same time BJP also wants to dismantle caste system in India and which can be achieved only through cultural and emotional reform and not by new law enforcement or through education.

The tukde tukde gangs and the pseudo-secular political forces in India will not allow India to become casteless state because even the so called educated people and Khan Market gang are working from behind the scene ensure caste and religious division exist so deeply in India. Therefore cultural and emotional reforms alone can make people to connect with the fellow being with true humane emotion and warmth of love.

The only tool and the best method available is to integrate all Indians under one umbrella through the revival of our ancient cultural identity and emotional connect called Hinduism. Hinduism is the umbilical cord of India that connects every Indian irrespective of their religious affiliations or faith. Therefore BJP invokes Hinduism only to unite Indians and not to divide but AAP has used soft Hindutwa to divide the vote of Hindus going to BJP.

AAP must have felt happy at the victory and may be also thankful to PK for his timely advice. But the possible hidden agenda of PK may not be just the victory of AAP but also wants to make India a soft Hindu nation that is how it looks like.

Whatever be the ‘tell story’, India must go back to Hinduism the ancient living civilization of the world to make India ONE and whether it is achieved by BJP or PK is fine.

At last Hanuman Chalsa has won over Azadi or jihadi. The theatrics enacted by AAP chief starting form citing Hanuman Chalsa to questioning about Shaheen bagh protest and the widely perceived perception that PK was the main script writer and director of the entire drama, PK is on the right track, although he may achieve the Hindu rastra goal a bit slowly. How the so called pseudo secular, minority appeasement political forces are going to approach PK in near future, we must wait and watch.

The big question is how DMK is going to work its chemistry with PK also we must watch because DMK all along has been opposing Brahmins, Hindi, and north Indians and Hinduism…… Hope people of Tamil Nadu will defeat DMK and save the state from atheist political culture of the dynastic DMK and its politics of hatred and lies.