NJAC 2.0 may be fitting tribute in Arun Jaitley’s memory 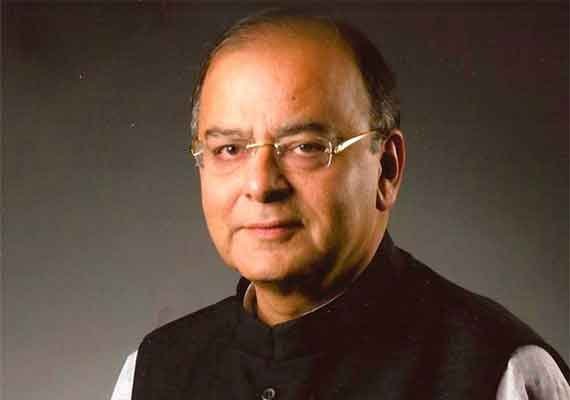 “BJP and Arun Jaitley ji had an unbreakable bond. As a fiery student leader, he was at the forefront of protecting our democracy during the Emergency. He became a much liked face of our party who could articulate the party programs and ideology to a wide spectrum of society,” Narendra Damordas Modi tweeted. PM Modi also said that he had lost a valuable friend in Jaitley. “I have lost a valued friend whom I have had the honour of knowing for decades. His insight on issues and nuanced understanding of matters had very few parallels. He lived well, leaving us all with innumerable happy memories. We will miss him!”

Tributes have flowed thick and fast and continuing to chime in, from across the aisles. Jaitley was one BJP top honcho who never got bracketed as being ‘communal’, by even the dreaded Lutyens’ and Khan Market Log. He was almost one of them despite belonging to the ‘other’. Even Atal Bihari Vajpayee was not spared. He straddled across the varied turfs, dousing fire whenever BJP was under attack as its prime spokesperson. He held his own against the best in the business and ‘trumped all comers with his true mukhota’ as a commentator put it.

Come the Gujarat riots and trials and tribulations of the Modi/Shah combine. Jaitley along with S.Gurumurthy, now Thuqlak editor, formed a strong team to defend them in every fore and particularly in legal proceedings. He was not only the brain behind the strategy but the ‘executioner too of the assailants’ enabling Narendra Modi to become the Prime Minister in 2014. Jaitley even took on the venerable Lal Krishna Advani, when it came to projecting Modi as the face of BJP, before the 2014 general elections. Rest is history, as they say.

As Finance Minister, he was hemmed in by the party diktats and he was one who never forgot the lesson his mentor Jag Pravesh Chandra, gave during his student days as Akhil Bharatiya Vidyarthi Parishad (ABVP) leader. “Always stick to the party line. Defend it with all your class and cunning. Party is your mother and she can do no wrong.” That is why despite his disdain for ‘socialist’ principles, he reined in his market instincts. He consoled himself as following the footsteps of Deendayal Upadhyay with his ‘integral humanism’. Left to himself he may have embarked on ‘an explosive reformist agenda by indulging in a privatisation mela’, as a tribute suggests. His efforts on GST consensus nothwithstanding, he would have loved to have delivered better.

What strikes one uppermost, is the fact Jaitley always was a lawyer to the manor born. He was at his brilliant best before Judges who did not agree with him. In his 30s he became Additional Solicitor General of India, even before he was designated Senior. He excelled in court craft as his junior, now a Senior Advocate, says, “He toiled for 18 hours without a struggle so that he may make it simple to the Judges to agree with him, to the consternation of his opponents with even weightier causes”.

BJP, Narendra Modi and Amit Shah owe a deep sense of gratitude to Arun Jaitley. It is now reported that Amit Shah ‘cried’ when Jaitley lost the Amritsar Lok Sabha seat in 2014 general elections. Modi tried his ‘darndest’ for his friend to win, and then even when he lost, did not bat an eyelid in making his Finance Minister, having got him to Rajya Sabha, through Gujarat already. They formed a formidable team in devising strategies inside Parliament and outside and in the electoral arena.

As a nondescript tweet paid homage, “BJP and Modi/Shah owe it to Arun Jaitley’s legacy to re enact the National Judicial Appointments Commission, for as a student leader, politician, incarcerated during Indira Gandhi’s Emergency, supreme court lawyer, finance minister, law minister too, he had seen it all as to why NJAC’s time had come.” NJAC went for all the wrong reasons, as he put it eloquently in his Facebook post.

All these institutions, a parliamentary sovereignty, an elected government, the prime minister, the leader of the Opposition, the law minister are part of the Constitution’s basic structure. They represent the will of the people. The judgement has upheld the primacy of one basic structure- independence of the judiciary- but diminished five other basic structures of the Constitution, namely, a parliamentary democracy, an elected government, the Council of Ministers, an elected prime minister and an elected leader of the Opposition. This is the fundamental error on which the majority has fallen.

Yes, the NJAC may now be dear to the top court too, for it is its baby having given birth to it in a constitutional coup in Judges’ II case, led by Chief Justice J.S Verma. But the author himself regretted it later. And the Attorney, Fali S Nariman, who urged the Judges to consign Executive primacy to the dustbin of constitutional history, wrote in his autobiography, Before Memory Fades, “There is one important case decided by the Supreme Court of India in which I appeared and won, and which I have lived to regret it……it is the decision that goes by the title – Supreme Court Advocates on Record Vs the Union of India”. And it is not amusing to note that the same Fali S Nariman led the charge against NJAC and triumphed again. Some irony that!

Arun Jaitley was brutally frank and honest when he criticised the decision of 4:1. He reserved his strongest rebuke in describing the majority as constituting an ‘unelected tyranny’. Stronger epithets have rarely been used by one, who must know ‘having spent more time in Courts than in Parliament than in North/South Blocks’, as he blogged.

The recent episode on the transfer of Chief Justice of Madras High Court Ms.V K Tahilaramani to head the Meghalaya High Court has led to her resignation. She sought reconsideration which was declined. Despite the Oct 3,2017 proclamation by the Supreme Court Collegium to infuse Transparency in the Collegium System by ‘indicating reasons’ for their ‘decisions’, we were only told that the transfer was in keeping with ‘the best interests of administration of justicie’. Whatever that means. We have the spectacle of Hyderabad-Telengana Bar striking against the transfer of a Judge of their Court. That there is a systemic fault is evident. Such opaque decisions have added muscle to the need for NJAC 2.0. The Justices are unlikely to give up on the assumed power easily, having tasted it for more than two decades now, which even the Constitution did not contemplate. Time may yet be ripe for Modi 2.0 to come up with NJAC 2.0.

The ruling dispensation is now ideally placed to pay homage to Arun Jaitley with a new, refined, tweaked NJAC 2.0. May be, they can requisition the services of Fali S Nariman himself , to frame it the way the Judges may not see red rags where none exists. That would surely be a fitting tribute that Arun Jaitley himself would have loved to have.

(Author is practising advocate in the madras High Court)