Arun Jaitley: a tribute to the greatest Parliamentarian who nurtured relationships 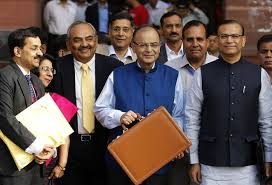 Arun Jaitley was the greatest Parliamentarian of the twenty-first century. Unlike his contemporaries who dabbled between the world of law and politics depending on the political fortunes of their political parties, here was a person who gave up a highly successful Counsel practice to take up the role of the Leader of Opposition, and worked for the party he believed in, by preparing the nation for its ideas and beliefs.

Much like the world of law, where he was one of the first in Delhi to establish a modern ‘Counsel’ practice; he was also one of the few in the political arena, who mastered the art of communication at the turn of the century. Live transmission of Parliamentary proceedings and the emergence of private news channels transformed the political debate, and he embraced the opportunity by using his ability to break down complex issues into arguable points, to convince the average Indian mind that an alternative to the ideas of India championed by the Congress party, was viable.

One does not need to look too far to hear of the lives which were touched by Jaitley. We have all heard of that one lawyer, judge, cricketer, journalist, politician or government servant- to whom he was a father figure. The fact that he was there for his people when it mattered, tells you that he built, and nurtured relationships. After all, why else would he have found time to visit the house of a grieving Virat Kohli who had just lost his father, when he was still a struggling State- level Cricketer?

Having spent 19 months in jail as an ABVP leader during Emergency, he was one of the finest products of the BJP and the Sangh parivar. He could not, however, contest the post- Emergency election because he was a few months away from turning 25, at the time of nomination. This meant that he had more time for his law practice, and somewhere along the way, he let go of his interest in participating in mass-based electoral politics. He instead identified Narendra Modi as the political future of the country early on and played a huge role in projecting him as the alternative in 2014. His association of four decades with Prime Minister Modi was based on mutual trust, and respect. They complimented each other well, and it is tragic that he reached the pinnacle of the governance pyramid, only at a time when his abilities were greatly hindered by health issues.

In the winter of 2013, months before the General Election, I had the good fortune to meet him briefly, to invite him for the Parliamentary simulation of my alma mater, Hindu College. He asked me where the Parliament would be simulated, and I promptly replied that while the Auditorium would function as the Lower House; our Seminar Hall would serve as the Upper House. He then wondered why we were not simulating the Delhi Legislative Assembly too; for our, College had a playground! With one statement, he stumped the Aam Aadmi Party’s idea of using government resources to conduct Assembly session at the Ramlila Grounds and also brought a chuckle on my face. I never met him since, but will forever be grateful to him for inspiring me.