More
HomeOpinionsAre You Afraid of Hindu Nationalism?
Opinions
Updated: 15 May 2019

Are You Afraid of Hindu Nationalism? 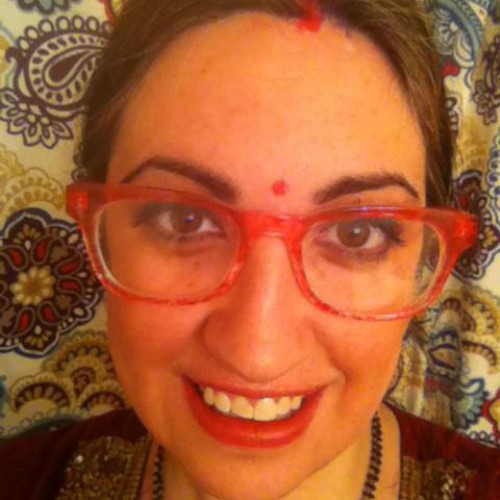 I have been guilty of comparing Hindus in India to Christians in America. But it is only as far as being the majority. Hindus are a majority in India and at times I think they struggle with giving equal voice to others but they come by it honestly. After all, Muslims are not native to India. They came in as invaders and made Hindus second class citizens in their own nation (taxed for not being Muslim if not killed outright).

Hindus as a majority are different from other majorities because unlike just about any other group on the planet today they have zero history of organized violence. ZERO.

Every once in a while a single individual Hindu or a few do something crazy and hurt someone. That is often given as a comparison to terrorist organizations as though they are the same thing. (And there are often non-religious motives behind acts of violence that we hear about, see the linked article below).

Despite being a majority, Hindus in India are not like white people in America. They are the original people of India and they have been oppressed and ruled over by invaders twice over. Where is your respect for people rebuilding themselves after colonialism?

Hindus have been beaten down for a long time now and told that our problems don’t matter, that we have no place to complain, no place to ask for help. To draw attention to the places where Hindus are being converted with violence and threat is to be Islamophobic.

Asking for safety and protection because we don’t fight those who have a philosophical desire to wipe out our existence is not nationalism. While others try to expand, Hindus only ask to remain. You know Hindus don’t convert. You know Hindus aren’t trying to make everyone else in the world Hindu (unlike those around them…). How is it scary to say, “Please stop using threats and disingenuous methods to lure Hindus from their faith and community”? That’s Hindu “nationalism.” (If you have issues with Modi, BJP or RSS I ask that you read the article linked below with care).

Hinduphobia is very real and while other phobias are taken seriously, this one is laughed at. I guess since Hindus are not a threat no one cares if they have allies, if they are protected or cared about. It’s only people that could hurt you that you make nice with so you stay on their good side, right?

I hate that I cannot talk about issues with Hindus being dishonestly converted or racism against them without eyerolls and people saying I’m being a conspiracy theorist or a radical. It’s happening, people. It is actually happening right now and the people I thought cared about everyone don’t care about this.

What words do I have to use for you to know that Hindus are in trouble? Every Hindu today– whether in India or America, Canada or the UK– was educated by a system severely biased against Hinduism. Our entire identity is in crisis but to take pride in the amazing contributions of Hindu thought and philosophy (and language and mathematics) is nationalism and bragging and to be shut down by the white American arbitrators of propriety.

This powerful article is a must-read. I pretty much want to quote the entire thing to you but I’ll leave it at these two brief moments and implore you to read through the whole thing:
Tulsi Gabbard, Narendra Modi, and the Question of Hinduphobia and “Hindu Nationalism” (or, “Hinduphobia” and Hindu Nationalism)

“…my growing conviction that at least in my field of study, which is the media, there is evidence of bias, dishonesty, and good old fashioned racism at the rotten core directed at the people who still swear by the old gods and goddesses despite five centuries of European-Christian colonization and a few more of Islamic imperialism, despite being called, at sword-point and at gun-point, “Kafir” and “Heathen.”

Swati Goel Sharma, a data journalist, has investigated the claims made in this study with field visits to scenes of the actual violence between Hindus and Muslims supposedly over cows. What she has found presents a far more complex picture than the simplistic, Bad Hindu Bad Cow narrative being conjured up in this incredibly omniscient-sounding India Spend report. Muslim crimes against Hindus were simply ignored, or not counted as hate crimes. Conversely, Hindu crimes against Muslims for non-religious reasons were counted as hate-crimes.

Thank you for reading! I would love to discuss more Hindu philosophy with you on my Facebook page: https://www.facebook.com/TheWhiteHindu/