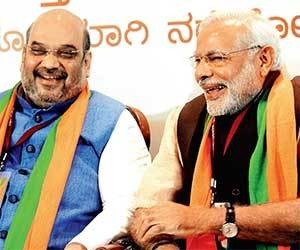 1. They refuse to learn from their lessons. They get routed, doing the same thing over and over. When the competition does something new – they sit there, run their marketing campaigns on their favourite channels and wait and watch. And then it bombs. And they wonder why.

2. When it bombs, they don’t fire anyone. Indeed the top chap stays there mouthing platitudes and his servile team showers encomiums on him at each failure. Yes, sometimes, they fire a new hire here and there.

4. Their ad campaigns are focused on why the other one is the worst product – despite people buying it in droves, having a great customer experience; it has nothing about their own product – and it is not even new and improved.

5. They boast of using 70 year old technology – long long long past its sell by date. At each juncture when they get a chance to change the technology – they refuse.

6. Their value chain is highly leak prone. Everybody takes a cut – they run a bloated organization but they see no need to change that.

7. They lose market share and they hope that they consumer will come back to them at some point.

8. They hire consultants who tell them that is nothing is wrong with their product- at least not when it matters.

9. Their management team is filled with morons (by and large).

10. They keep filing complaints with no basis with regulatory agencies – because they know some lobbyists there – and even with that their complaints are dismissed, yet they persist.

11. Merit does not mean anything in this organization.

12. A small segment of loyalists do buy their product and sometimes they sell it through partnerships, but it is not clear how it will sustain them in the future.

13. For 70 years though, they have survived the vagaries of the marketplace with this model – they delusionally, even arrogantly believe that this model will endure once the competition is vanquished by hubris (the hubris part is partly true). They dont need to do anything different.

14. But year on year, apart from small blips, they have continued to lose market share.

15. There is significant scope for product innovation but they are now trapped in the sunk cost fallacy…

16. Their boss abandons the company at the most crucial of times and does not seem to have any vision.

17. Their latest ad campaign was a huge bomb, but the consultants egged them on till they fell off the cliff.

Meanwhile the competition has learnt all its tricks and traps, but it is also falling into a mold without thinking of the need to reinvent – like all successful people and organizations…that’s a story for another time.

But can you add other points, dear reader?