More
HomeOpinionsSecularism, its origin, and why it is the most abused word in Independent India
Opinions
Updated: 9 February 2019

Secularism, its origin, and why it is the most abused word in Independent India 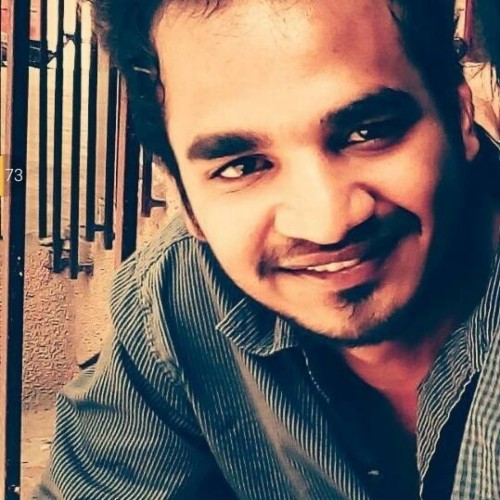 Secularism is an inherent part of Independent India. It has always been, so-much-so, that it makes its way in almost every discussion or debate centered around the country’s present or its future, its politics. It is also the most abused word in Independent India which the politicians, as well as, the main-stream media use to peddle their propoganda.

But, very few people seem to know about the origin and the real meaning of ‘Secularism’.

India officially became a secular republic in 1976 with the 42nd Amendment of the Constitution of India. But, what does secularism actually mean? Unlike the west, which is very clear about the basic tenets of it, very few people in India actually have a clue of what it really means. Even the Apex Court in one of their judgments has said that secularism is too complex a subject to define. So, how is one supposed to be secular, when one can’t even define it? The west doesn’t have any such conundrum. According to them, secularism is based on four basic tenets.

The Uniform Civil Code is an essential requisite to the existence of secularism in the west, yet in India, it is a contentious issue and Muslims are still governed by the Islamic law. The ‘Jamaat – e – Islami- Hind’, the ‘All India Muslim Personal law board’ and the ‘Jamiat – Ulama – e -Hind’ are the self-appointed ‘thekedars’ of Islam, and any attempt to make Islam inclusive of reforms viz, the UCC, is met with strong resistance. It is absurd and painfully funny, yet we Indians don’t realize how ludicrous it is. It is deeply Hindu Phobic and pro-minorities. But, to understand how secularism really made its way to India and the way it is being practiced, we need to know where ‘secularism’ originated from.

Yes, Secularism is as import just like cricket and English language. It is an alien concept to an inherently pluralistic society on which it was foisted and embodies centuries of discussions and debates of the unfamiliar European culture. To understand secularism, we need to understand religion, and for that, we need to know what religion really meant for the early Europeans.

2) A pope or prophet meant to be the messenger of God.

It is also important to know about the main differences between Christianity and Judaism.

1) Christians believed in Christ, who they believe has come to earth to cohort human sins, while the Jews did not regard Christ as divine or worldly.

2) Judaism rejected the theology of sin or salvation.

3) Christians thought of themselves to be different from the Jews in terms of traditions and customs, sparking vituperative debates in the west, which ultimately culminated in the mass Jews genocide.

Thus, in the European context the inter- Christian and Christian-Judaism conflicts led to the birth of the word ‘Secularism’, a concept completely alien unknown to India, where Hinduism was treated as ‘a way of life’ and other religions like Jainism, Buddhism too didn’t adhere to the Catholic concept of a creator, who has created universe at a certain point in history.

Hence, the European concept of secularism does not have any significance in the Indian context.

Birth of secularism in India:

Now, that we know about the origin of secularism from the west, and it’s non-relevance to the Indian context, it is imperative to know why the neo Christianised concept was morphed into Indian secularism.

It was done in order to-

1) Control or stop the alleged ‘tyranny’ of the Hindu majoritarian community against the minorities, who in the past have no track record of any kind of despotism.

2) Pander to the minorities, creating a constant sense of fear among them against the Hindu majority, reducing them to ‘vote – banks’.

3) Typecasting anyone who speaks pro Hindu or deviates from their said definition of ‘secularism’ as communal or ‘Sanghi’ as the “liberals” say these days.

The pro-Islamic component of Indian secularism received a massive boost when Mahatma Gandhi openly supported Khilafat movement, deeply strengthened divisive tendencies among the Muslim community that helped Mohammed Ali Jinnah to materialize his two – nation theory evident from the majority of votes the ‘Muslim league’ got in the 1946 elections particularly from UP, Bihar and CP (then ‘Central Province’ and today’s Madhya Pradesh).

The Hinduphobia component of secularism under Ambedkar and Nehru received a massive boost with their strong critique of Hinduism and lending support to the colonial idea :

India, lagging way behind in the field of science and technology due to its Hindu roots, which is both laughable and ludicrous.

Annihilation of Caste, which again represented the colonial mindset in which they considered European socialism as great and ours as inferior to them.

With the mood in the nation prior to independence pro-minority, Nehru got the opportunity to implement the colonial and Christianised concept in 1949, when he famously said :

to talk of Hindu culture, would injure India’s interests

The statement vindicated his brazen ignorance of the Hindu culture and set the tone for an already flawed concept, become the most abused word in the history of independent India.