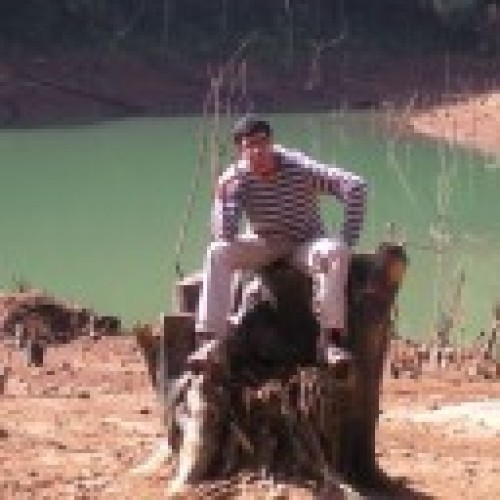 vikrantnaik
I am a physical chemist who talks physics with chemists and chemistry with physicists. And when I talk to another physical chemist, I mostly discuss cricket and politics.

How are you doing? This is one of your fans – like the millions you have in India. People who have immense faith in you and in your vision for a powerful India. I am one of those online warriors, like so many on Twitter, who defends every policy that you take up.

I am one of those who has been called a paid-bhakt for that. In fact, someone even told me that I get Rs. 50 for every pro-BJP tweet that I write. Of course, to let the readers know, I don’t. I have a comfortable job as a researcher in Europe. I am pretty well off.

Dear Modi ji, I had travelled 7000 km in 2014 to India in May for 4 days skipping my lab work, ignoring my students. And I did that because I wanted to vote for you. I came to India. I voted and went back. Never before had I taken such a short trip to India with just a backpack. Since my voter registration was in Bangalore, I did not even visit my parents in that trip. I came. I voted. I left. And Guess what – I won.

We won. India won, as you tweeted. I was happy. It was totally worth it. And so, it seemed too. Suddenly there was a pride in seeing what you were doing. Your foreign policies. Your Indian policies. The LPG subsidy, the tourist visas on arrival, the GST, Aadhar, Demonetization (of course many think it was a disaster but I / We supported you on this because we knew what your intention was and we never doubted that).

So much so, that I just quit my easy job in Switzerland and came back to India. A sudden decision. Because India was changing and I wanted to be a part of it. I spent more than an year looking for a faculty position. I was told that I was qualified to join any IIT as a faculty but it did not happen. And I don’t blame you for that. I also tried to get in contact with you and the HRD ministry but I will never hold that against you. I applied I didn’t get a job. I went back to Europe. But the pride was still there. Of seeing a PM with a spine.

However, last few weeks have been disconcerting. And I will try and list a few possible reasons why I feel, I may not come back in 2019 to vote for you again.

1) Your fight against corruption: We all know you are incorruptible. Absolutely! But sir, what about your pre-election promises of bringing the corrupts to their knees? 2G scam seemed like an open and shut case. All the accused got acquitted. Adarsh scam? Vadra land grab? Coal scam? Commonwealth games scam? How come we haven’t seen any arrests in that? You said you will not go on a witch hunt. But sir, if there is a witch that has harmed the country, she needs to be hunted. Or have you left all that just before the 2019 elections? If that is the case sir, then you are just a shrewd politician. Not a tiger that we thought you were.

2) The biggest reason why I started to think about all that was India’s Israel policy when we voted against Israel in the UN regarding Jerusalem being their capital. I really tried to see what possible reason could be behind that and I saw none – other than appeasement of Muslims. A policy for which everyone hated Congress. Of course, the slap in the face by the Palestinian Ambassador to Pakistan when he shared the stage with Hafiz Saeed hurts. Israel has been an unconditional friend to us and this is how we repay? There are a lot of intelligent people who have written more on this.

3) The left ecosystem. We, your so called bhakts, are tired of your ministers going for interviews to the left channels and their book release functions. Of course, you want to be all inclusive but how come, a magazine like SwarajyaMag or OpIndia never gets a big interview?

Every evening your spokespersons are seen on these TV debates where they are routinely thrashed. And yet for some reasons, without any self respect we seem them there the next day, smiling.

The isolation of your supporters by your ministers, and the arrogance that they show after your victories in every state election, is becoming too embarrassing. Most of your ministers and at times your office seems to be hell-bent on making these so-called left intellectuals happy. In return, they become more abusive towards your government and then when this hypocrisy is pointed out, the supports bear the brunt of the arrogance.

4) Pakistan policy. How come, Pakistan is still not isolated after your numerous trips to many countries? Worst still, why are we only going about tit-for-tat killing a few of their Jawans as a retaliation rather than doing something that paralyses their economy, to instill a fear in them to not mess with us. How are you doing anything different than the previous government? You had promised us that, sir. We are kind of tired of all the “Kadi Nindas”.

5) The university politics is completely dominated by the left. In Kerala, RSS leaders are butchered routinely. We don’t see any arrests made. What we do see is NGT imposing a fine on Art of Living and asking pilgrims not to chant mantras in Amarnath.

Sir, we are still proud of you. I still believe that you are the best choice India has as a PM. However, things have changed now. Voters do not have a short-term memory any more. You also have to know one more thing sir, we love our country more than we love you. And if we do realise that you are not good enough for our country, we will dump you. Country comes first. If this continues, I know for sure, I am not coming back in 2019 to vote for you. It’s just not worth it.

vikrantnaik
I am a physical chemist who talks physics with chemists and chemistry with physicists. And when I talk to another physical chemist, I mostly discuss cricket and politics.