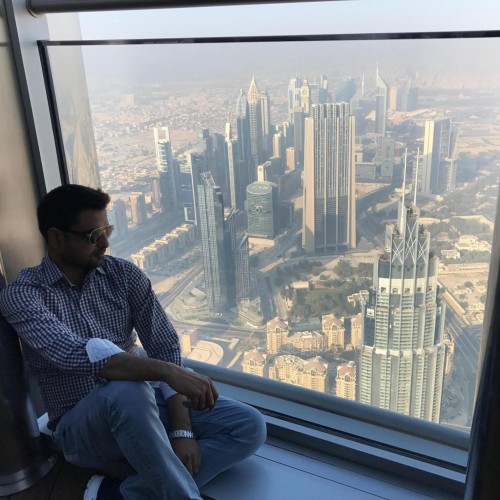 Oct 29’ 2017 marked a major achievement for India, striving to emerge as a dominant player in the region. A consignment of 1.1 million tons of wheat was shipped to Kabul via Chabahar, a strategic port developed by India in Baluchistan province of Iran after a new trilateral agreement between India, Iran and Afghanistan in 2016.

Chabahar port was originally conceived in 2003 but could not take through after a change of guard in New Delhi. For next decade, things did not move as expected but dynamics changed quickly when new regime assumed power in 2014 in New Delhi. Shift in America’s Iran policy just proved as a catalyst and bitterness in Afghan Pak relationship worked as a catalytic promoter for this port.

New Delhi Govt took it as a strategic priority and committed millions of dollar to develop Chabahar port and subsequent infrastructure in terms of new rail and road routes in war torn Afghanistan. As part of the project, India built Delaram Zaranj Highway in 2009 which leads to Kabul in Afghanistan as part of Chabahar trade route. It is important to note that 40% of Afghan area is still under Taliban control including western area adjoining Iran border. Iran, on its part constructed road from Zahedan to Delaram at Afghan border and improved the existing Chabahar Zahedan road link.

Chabahar strategic importance will bolster India’s position in regional geopolitics and help to stay relevant in Afghanistan. Chabahar is located just 70km north of Gwadar port developed by China under CPEC program. This new trade route between India and Afghanistan via Chabahar has made Pakistan irrelevant for bilateral trade at least. India and Afghanistan have been long demanding Pakistan to facilitate trade between India and Afghanistan via Torkham in Pakistan. Pakistan reluctance prompted a new aerial trade route between them which is economically unviable for bulk trade. As a net result, security, media and administrative establishments in Pakistan are rattled and apparently upset with this new development. Earlier, Afghans were mostly dependent on Pak for their daily needs but their bilateral trade has touched its bottom recently.

India has an ambitious plan to utilize Chabahar as a gateway to central Asia and has envisioned subsequent rail and road infrastructure development to reach central Asian countries though Iran. India believes that this new route will help India to boost its export to landlocked central Asian nations and counter the influence of mighty China in this region. As of now, it appears as a game changer in the region from India’s perspective. However, it’s too early to consider this strategic move a success as a lot depends on rapidly changing dynamics in the region, possibility of a new anti US block and political future of Afghanistan.

Challenges
Here are the potential game spoilers to Chabahar:

• Security is the biggest concern and will determine the future of Chabahar trade route considering the fact that Taliban controls most part of western region in Afghanistan. Most of the 800 Km long Delaram – Zaranj – Kabul route is under Taliban control. During construction of the Delaram Zaranj project, 129 Afghanis and six Indians were killed.

• Kandala to Kabul via Chabahar, Zahedan and Zaranj is more than 3 times longer than traditional route from New Delhi to Kabul via Rawalpindi, Peshawar and Torkham. Chabahar route may become unviable if Pakistan allows India and Afghanistan to trade via Torkham which is unlikely in the near future.

• Currently, Chabahar route viability depends on diminishing Pak Afghan trade. In the past, sensing Afghanistan’s heavy dependence on Pakistan for even basic needs, Pak based traders started charging a premium. For ex. Staple food items including wheat which is known as “Gandum” in that region is sold Rs.500/MT costlier than its open price in India. In the short run, this price difference will allow to sustain the trade route.

• Political stability and overall security situation in Kabul is more complicated than it appears. Post its Debacle in Syria and Iraq, ISIS is shifting its ground and slowly moving to Afghanistan under the banner of ISIS-K. Russia is pushing hard to make in-roads again. On the other hand, Pakistan is trying to hold its position by allying with ISIS-K as its relationship with Taliban is crumbling under US pressure to do more against Taliban.

• It is also believed than Tehran regime sympathizes with Afghan Taliban and provides arms and logistics support apart from financing them. Recent CIA publications of Bin Laden files prove Iran financing Taliban. This only adds uncertainty to Chabahar.

• In current political scenario, Afghanistan refused to be a part of CPEC originating at Gwadar, Pakistan in Arabian Sea. In future, if peace prevails, Afghanistan may agree to join CPEC which will open a new shorter trade route to central Asia and Afghanistan and pose challenge to Chabahar trade route.