More
Home Opinions Do criminals from minority communities sometimes get away with lenient sentences for horrific crimes?
Opinions
Updated: 28 June 2017

Do criminals from minority communities sometimes get away with lenient sentences for horrific crimes? After Yakub Memon was hanged, Kashmiri separatists, secular gang, as well as some (left-leaning) journalists claimed that he got death punishment because he was a Muslim. Later, they were silenced due to the results of a study conducted by Death Penalty Research Project of the National Law University (NLU). It pointed out that out of 1,414 convicts hanged since independence, only 72 were Muslims.

Let it be so, I mean, should they be allowed to walk away with lighter punishment after killing someone just because they belong to a special community? You might feel bemused, but there are cases that show how criminals from minority community get away with lighter punishments, compared to Hindu criminals involved in similar crime. Such cases can force you to think. Does our justice system show leniency towards criminals from certain communities?

Well, to get detailed stats about this, an enormous task of screening the judiciary data (since independence) needs to be performed by the government.

This seems to be difficult, especially because such order would ruin the govt’s carefully crafted secular image.  For now, Twitter handle- @a_truthsayer has highlighted cases that can prove to be possible examples of the bias. Let’s take a look at tweets and details about some of the cases mentioned.

Techie Nayana Pujari’s three killers rightly got the death penalty. On the other hand, rapist, and murderer Sajjad Pathan got life term for killing lawyer Pallavi Purkayastha. While dictating the judgment, honorable judge-Vrushali V Joshi-shared her opinion that she does not think the case was rarest of the rare to award death sentence to Pathan. Details of the crime were chilling in both cases. Pallavi was stabbed 16 times and throat was slit, then, the dead body was raped.

Later, Pathan got bail with his strong bureaucratic connections and escaped out of India while on parole as per reports. In December 2016, the Bombay HC asked state govt to submit a report about steps taken to track Sajjad Pathan, and the file probably lies somewhere, covered with dust.

The point to be noted is that the same honorable judge had awarded death sentence to Esther Anuhya’s rapist and murderer Chandrabhan Sanap. The level of brutality was almost similar in both cases. Anyway, criticizing a judge can result in a jail term. So, let’s not criticize anyone, I don’t have a battery of lawyers to defend me.

Everyone knows details about Siwan double murder case. This is just one of the 20 cases (including murders, half murders, and cases related to anti-national activities) that former RJD MP Mohammed Shahabuddin is facing. In Siwan double murder case, two victims were drenched in acid before killing and their brother was forced to watch the same. Yet, no one from the justice system looks at Mohammed Shahabuddin as a threat to the country. He is enjoying his life imprisonment. In fact, he manages to control Bihar’s law and order from inside the jail according to Republic TV’s report.

Vilas Shinde, a traffic cop beaten to death by Mohammed & Ahmed for asking them to follow traffic rules .. #NotInMyName https://t.co/LC7aqcoNov

Instead of arresting and exposing the culprits in Constable Vilas Shinde murder case, the Maharashtra state government asked media to not to release the murder footage and name of even the adult culprit because they are Muslims.

Mohsin Sheikh was allegedly murdered by HRS members in Pune’s Kondhwa area. His family got cash and state govt has promised govt job for brother. On the other hand, Hindu victim of communal violence, Sawan Rathore’s family has received zero compensation as of now.  In fact, police and the public prosecutor have not even acknowledged the communal angle in this case.

Not just Kerala, but the entire nation was horrified due to Soumya murder case details. According to the police, the victim was dropped down from the running train and Govindachamy alias Charly jumped from the train, pulled the girl away from tracks and raped her even while her face was full of blood oozing out from injuries. After raping the victim, Charly left her to die. But, this was not rarest of the rare case for the honorable Supreme Court and Charly’s death sentence was changed to life imprisonment after considering all the evidence of course. The so-called beggar criminal also managed to get a top lawyer to defend him. This fellow charges Rs 15 Lakh as per the report released by The Quint.

It’s obvious that verdicts or statements are made by judges after carefully studying evidence and arguments from both sides. Investigators need to investigate properly and then submit all the necessary details to the public prosecutor. It can be observed that in many cases, criminals walk free as the public prosecutor and investigators fail to submit the required material. Even our police force still fails to get access to basic things like cold storage for storing forensic evidence. Plus, former central ministers like Shinde had openly urged the police mechanism to give concession to ‘innocents’ from one community. Thus, blaming the judiciary alone for failure in delivering justice does not make sense. 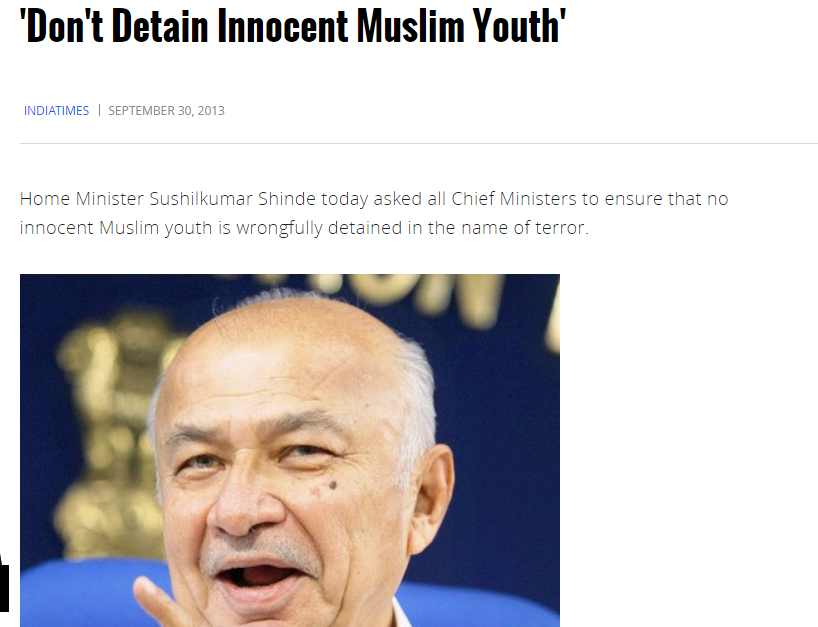 The article does not intend to question or criticize the justice system in any way. It cannot be used as evidence against the author in any court of law around the world.