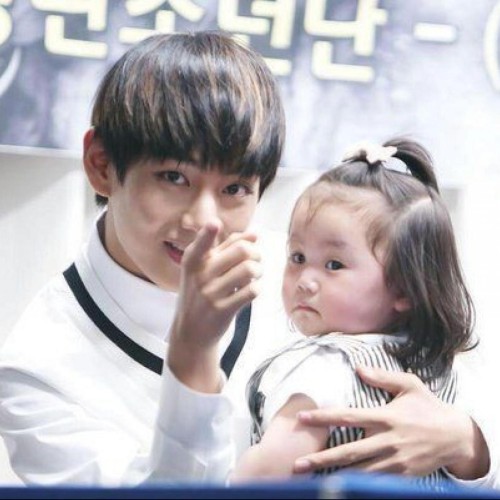 Recently, I came across to a poem by Haidry, Main Hindustani Musalman Hoon, the words resonated with Muslims and Hindus alike and touch that “sensitive chord”. Some Hindus will swoon and sympathize with them. Yes the minority community they are suppressed. Damn you Hindus for this step-motherly attitude towards other citizens of India.

This is a latest fad to call any Hindu, communal. Name call them and mock their beliefs and culture and you are all set to be hailed as “liberal”. The liberal-left is the new fascist ideology and they are the least embracing group in this country.

This is true that every Hindu, who talks about Hindu, is “communal”.

Universities and schools raised us to breathe the notion that non-liberals are racist and bigots. Our education system required that we read books that championed the plight of immigrant minorities while condemning the original inhabitants (Hindus) as the perpetual antagonist.

Shame Hindus for their love of cow (that’s surprising because that same liberals who do this will be posting selfies with their dogs). Sheer hypocrisy ain’t it? Those who mock cows and use their sentiments to mock Hindus inadvertently forgot that India has since ancient times revered this genteel creature for their importance to farmer’s livelihood.

Shame Hindus for their leaning towards Hindutva. Hindutva is the spirit of the people of India, through the ages, most misunderstood word, and perhaps the reason why it has survived conquest, genocide and subjugation. After losing millions of people in Ghazwa-e-Hind and its aftermath, the world still expect us to be silent and mute about the atrocities. Yet we have remained indifferent to this mass murders and pillage.

Blame Hindus for conflicts: Hindus have always accepted minorities with open arms. Every time a crime is committed, flaunt their minority status and they remain unaccountable. Rohil Vemula was in limelight for being Dalit, later it surfaced that he was an imposter posing as Dalit. Every time a Kashmiri youth picks gun, media claims he was misled by terrorists. He was abused as child, bullied by everyone and the sole responsibility of his current status quo is a Hindu.

In our entire Indian history, Hindus have never converted anyone forcibly. We have been subjected to mass conversion or died. Hindus are not coward, to survive they did what they could in that time and era. We are peaceful and embracing community, when Parsi travelers arrived seeking refugee we wholeheartedly provided them asylum. With passage of time Parsi community have mingled with us and have set an example for others to follow.

Have other minorities set an examples? No, they have been instrumental in converting the poor Hindus. Dalits are essentially Hindus, to escape the age-old prejudice they have converted to Kasim or Tony. It is duty of each Hindu to uplift our Dalit Hindu brothers and break the century old casteist shackles.

1. Reservation: Reservation was implemented to improve poor Dalits and backward class bias, since its implementation till date no improvement in their status is visible. It has been more than 60 years and dynastic party hasn’t been successful to provide them social standing they deserve. Education and education can alone uplift them. Dr. BR Ambedkar had himself  stated that reservations should be scrapped after a period of time but it still exists. Politicians never want this caste divide to end and as backward class forms a major chunk of their vote bank politics. Everyone wants to be included in this diaspora, be it Jat or Patidar. Who doesn’t want a free lunch? Well, it goes beyond that. While the hardworking person will toil and the lazy free loader reaps the windfall.

Hindus in India are 88 % and majority of them belong to middle class section. Reservation based on caste makes them feel neglected, our minorities brothers are protected with right to education while we drudge for making to it few merit list. Is it wrong if we Hindus say scrap the Reservation and implement reservation based on economic status?

2.Distorted History: History has been modified according to the whims of previous Dynastic Party. Glorifying Mughal invaders and their plundering activities was a means to “civilize us”. Misrepresentation of our identity with their own agenda. Each coming generations are reading how Mughals were great rulers and their glory is immeasurable. These are those same people who condemn Hitler for holocaust, while this same act in India is praised by certain factions. Yes to keep the secularism alive. Damn Hindus will never learn.

4.No respect for Constitution: Suppressing our rights to suit others tyrannical nature. Kamlesh Tiwari is jailed for speaking against another religious group, while the same act by M. F. Husain goes scathe free. You speak for rights, our constitution is utmost top authority and we are governed by court of law then why this minorities governing body issue fatwa at drop of hat. I am yet to see Indian citizen excommunicated though.

5.Changing Demography: The changing demography is alarming. Every year over 8 lakh Hindus become either Christians or Muslims. Religious conversion of Hindus is a threat to India’s integrity. Nearly 6000 converted to Islam in Kerala in last 5 years. In last 5 years the Gujarat Govt has received. 1838 applications from people of various religions to convert to another religion, of them 95 percent was filed by Hindus. 7 decades after independence and even after rapid political, social and economic strides, we still struggle for our existence. 500 hundred years of slavery at hands of Muslim Invaders and then Christian British, yet we haven’t learnt anything. We should vote for that govt who will apply strict conversion law. An able govt should take care of all its citizen of India irrespective of its religion

6. Phobia: Is it wrong to have phobia or being scared because of cases like Kairana, West Bengal, Bombay riots. We are wary and rightly so. We protect our own now and rightly so, if 500 years of volatile history and bloodshed cannot stop and change the recent scenarios, nothing will.

Fire, ignites the passion and like phoenix we have risen from ashes to survive.

Thousand who laid down their lives, ignited this same passion in us, we have risen from the hell-fire which consumed us for centuries. Finally we have a right-wing government at centre. We are at a point where we can make difference by raising right issues, and voicing our support to the current govt. Liberals want us to tolerate their fallacy and according to them, accept their opinion “as it maintains the thin fabric of secularism”.

Speak for your rights and voice your opinion.

It’s not easy, with forces (corrupt politicians, crook and retarded pseudo leftist and sold out biased media) against working the current government, still we are standing tall.

Disclaimer: The above article is an ode to  freedom of speech, with no intention to hurt anyone but to present the other side of an untold story