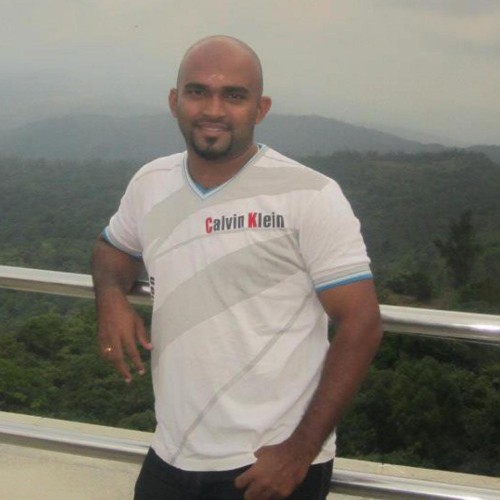 In my previous two posts, I have mentioned why to #SaveKerala & how to #SaveKerala. While talking about how we can #SaveKerala I had mentioned BJP as the party that can lead Kerala to development. In this third & final post in the #SaveKerala series, i will explain why I feel BJP to be the best suited party for Kerala.

I would like to take you through few statistics from some of the BJP ruled states in order to explain my faith in the party. Before I go further, I want you to know that I was dead set against BJP for most part of my 13 years of political activism (starting from school days as SFI member). All that changed when I started being frequent on Twitter and realizing who the Congress & Left propaganda machinery worked in tandem to defame a party that was working hard in the states that it ruled (MP, Chhattisgarh & Gujarat in 2013). So back to some statistics.

Madhya Pradesh: Madhya Pradesh was the ‘Ma’ in the term ‘BiMaRU’ coined by Ashish Bose. BIMARU is an acronym formed from the first letters of the names of the states (Bihar, MP, Rajasthan, & UP). BIMARU states were the ones that were dragging down the GDP growth rate of India. After 2003, the state has been showing good progress in all sectors. The state’s economy has made tremendous gains by doubling growth rates from around 4% in the period till 2005 to average around 8.7% till 2014.  Kerala’s agriculture sector has been shambles, its current scenario can be equated to what MP was in 2003-2004, today MP’s agriculture growth rate has more than doubled to around 4.4%. MP under BJP had tripled the land under irrigation from around 7 lakh hectares in 2004-05 to around 21 lakh hectares in 2011-12.Power supply to agriculture went up 87 per cent in the five years to 2014/15. Till 2012, the state had a food storage capacity of 9 million tonnes, today it has a storage capacity of 15 million tonnes.

The other major thrust area of the government was the power sector, where separate feeder lines were set up for farmers and rural households. In fact power generation has shot up by double digits in more recent years which is almost three times the growth at the national level.When Chhattisgarh was hived off in 2000, Madhya Pradesh was left with only 4,000 megawatt of installed capacity. Today there is 14,000 MW and the state is now providing the surplus power to other states.

Rajasthan: The ‘R’ in BiMaRU stands for Rajasthan. The state had been ruled alternatively by Congress & BJP. The state has been doing a steady progress under BJP, however when Congress comes to power it only concentrates on doles which again takes the state 5 years back in development. However recently the CM of Rajasthan Vasundhara Raje has been trying to bring in investment into the state. She has also found some success in that. In the recently concluded Resurgent Rajasthan Partnership Summit, the total investments pledged reached a staggering three lakh crore rupees. For any state to develop it needs investment. And that is what Rajasthan CM has been doing. Industries will create employment, which will in turn help in education sector.

Gujarat: A lot has been said about how our PM Narendra Modi has changed the face of Gujarat. Apart from 2002 riots & skull cap that the opposition portrays as the only things that happened in Gujarat, there were few other things that has led Gujarat to development. An article on economist says “Start with the record, which shows that Gujarat punches above its weight. With just 5% of India’s population and 6% of its land mass, it accounts for 7.6% of its GDP, almost a tenth of its workforce, and 22% of its exports. Climate and geography pushed it towards commerce. Poor rainfall made it hard to scratch out a living in farming; a long coastline favored international trade. Today a quarter of India’s sea cargo passes through its ports. Even if Mr Modi cannot claim much credit for Gujarat’s natural endowments, the state’s annual GDP growth under his watch from 2001 until 2012 averaged almost 10%, a faster rate than India as a whole . Other exporting states, such as Maharashtra and Tamil Nadu, also did well. But sustaining rapid growth in any of India’s richer states is not a feat to be sniffed at.”

The development that Gujarat saw under Mr. Modi can be described as a total one covering all sections of the society. From Rann of Kutch to G.I.F.T (Gujarat International Finance Tec-City). From spending 1 rupee to bring the Tata’s to Gujarat to making Amitabh Bachchan the brand ambassador of Gujarat tourism, have all been masterstrokes. Solar power plants, water to every corner of the state, agriculture growth all have been done for all sections of the society. People will say that Gujarat was already a land of the traders and hence growth was easy. Yes, growth was easy, but sustaining growth completely depends on the administration and the person at the top of the administration.

Now lets look at Kerala, if Gujarat is famous for Solar plants, Kerala is famous for Solar Scam. If Gujarat is famous for its agriculture growth, Kerala is famous for its decline. I would like to finish this series with an interesting information of how much hate the communists have for Narendra Modi. Just because Amitabh Bachchan was the brand ambassador of Gujarat, the CPM government in 2010 rejected a proposal of the Kerala tourism department to have Amitabh Bachchan as its brand ambassador. Now I am not sure, how CPM will face the PM for any need of the state, if LDF wins the election and forms a government.