Ayodhya and JNU Historians – A Case Of Ultimate Disruption 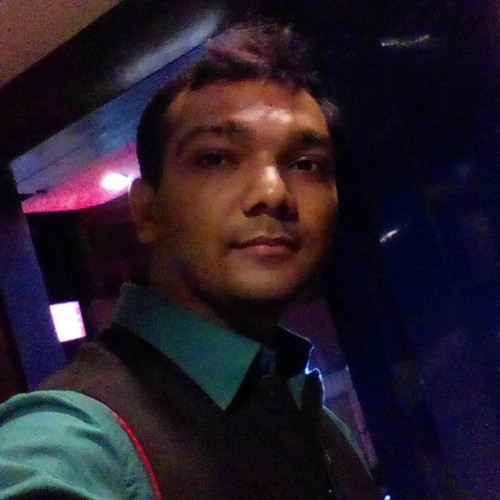 It has been a misfortune for JNU having become an establishment that is involved in perhaps all such activities those raise questions on its very need of  existence as an academic institution when it comes to contribution to the education field in Indian society. JNU possess a peculiar character full of anti-Hindu and anti-India vibes surprisingly amidst the universities of Delhi and India.

Though of course not all students or professors would be supporting anti-India activities or even indulge in any political games or agendas; sadly the leftist design since JNU inception has produced so great a following in press, media and in various positions across society that the dominant trait of being a bastion of communism becomes visible.

When it is quite embarrassing to discuss about where our Indian Technology and Business Management institutes and universities stand worldwide, it would be next to impossible to find out what  contribution in terms of research and development or innovation has been from JNU. How many scholarly, nationally or internationally, acclaimed research papers or anything that can be put forward does exist as comprehensive reference for studies in political science, social science acknowledging all counter view scholars, ideologies and trends.

The pro-Afzal sloganeering in February 2016 put a limelight on the JNU and related machinery who have been running a vicious propaganda of instilling and sustaining JNU air with anti-India and anti-Hindu sentiments and ideology. The devastation that the JNU based communists have done is multi-faceted.

Take the case of Ayodhya. In his autobiography in Malayalam, Njan Enna Bhartiyan (I an Indian), former regional director of ASI, Dr. KK Muhammed says that had JNU based and left historians not involved in Ayodhya case, Hindus and Muslims could have reached amicable solutions quite earlier. There were greater chances of peaceful resolution of this long disputed case till left historians meddled in this episode.

He mentions in his book that historians such as Romila Thapar, Irfan Habib and many historians came with a theory that there was no mention of the dismantling of the temple before 19th century.There are plenty of indications suggesting that left historians did  almost everything for keeping the fire of dispute of Ayodhya forever burning. There has hardly been any archaeological, academic, historical evidences to support the whims presented by left historians. Seeing the illustrious career of KK Muhammed, the claims in this book must be discussed at large by the mainstream media, but there have hardly been any discussion on this till date quite surprisingly. The reason is obvious. Majority of mainstream media and universities have inculcated left oriented, anti-Hindu mindset that is extremely uncomfortable in speaking truth. The leftist historians being supremely allergic to Hinduism have been the proponents of mess created w.r.t. Ayodhya case.

In his 1998 research papers regarding Ayodhya case, prepared for World Archaeological Congress, renowned indologist Koenraad Elst also  mentions that non temple sides especially represented by left historians were devoid of any evidence. The Ayodhya case around 1989 was about to reach on conclusion.

Without a substantial ground, a pamphlet by JNU ‘The Political Abuse of History (Delhi 1989) was put forward. The anti–India and anti-Hindu DNA of Left historians did no help to strengthen secular fabric of this country. Rather, many of the events that could lead to Hindu-Muslim conflicts post 1989 can be attributed to this disastrous intervention with a complete political mal-intention of JNU-led historians.

The whole Left establishment ignored the evidences by ASI and also never taken into account the work done by renowned writers, historians and scholars such as  Dr. Harsh Narain, Dr. AK Chatterjee, Prof. AR Khan, Sitaram Goel and many.

The 1989 JNU pamphlet was an example of intellectual bankruptcy and deceit to history and the people of this nation especially to Hindus and Muslims. The secular corrupts were again in a full swing throwing certificates about the views of these ‘eminent’ historians. What could have  been  expected from the historians who were keen enough to save an invader Gazni by saying that he was interested in wealth of the inhabitants and not in demolishing and insulting religious feelings of the people he invaded upon.

The deliberate lies presented by historians such as Romila Thapar and many  in the pamphlet published was an utter disregard for basic sensibility and scientific dating. The name of the pamphlet was perhaps greatly justifying the actions of JNU co-incidentally, it was indeed a political abuse of history.

Prof. Raman from Madras University Archaeological Dept. had also supported the findings and observations by Dr. Lal regarding mandir remains found in excavated site. Indologist Iravatham Mahadevan also opposed the JNU historians’ lack of regard for Prof. Lal’s findings about temple remains found and suggested that the distorted versions were in real an abuse of what is found in reality. Dr.Mahadevan was supported by KK Muhammed.

When there was an attempt by JNU historians to suppress the evidences of mandir pillars during the excavation site, KK Muhammed , deputy superintendent archaeologist (who was mentioned earlier in this article for his book) had written that  he was the only Muslim present during Ayodhya excavation in 1976-77 under professor Lal  and had seen the excavated pillar portions. He also further states that Ayodhya to Hindus is as holy as Mecca is to Muslims and Muslims should respect feelings of their Hindu brethren and voluntarily handover Ayodhya structure for Ram temple.

Many a left leaning historian also came up with highly imaginative fabrication of Buddhist sites in Ayodhya and absence of any such mandir present. The fantasies stoop so low that it was also written in the English newspapers that Brahminical orders had destroyed Buddhist sites and there could be a Buddhist site remain before mosque!

Leftist Historian R.S Sharma who had his book ‘Communal history and Rama’ s Ayodhya’ published in 1990 was criticized by Dutch indologist in a response saying ‘….Sharma’s work are in fact so thin that one wonders why, for so long, Sharma’s colleagues have called his work ‘pioneering’!

Perhaps all leftist historians had shown a tendency of vehemently disregarding not only different arguments and point of view, but also not accepting evidences. It was a systematic hype and loud outcry that they succeeded in presenting facts and evidences as just myths. The press and media were all at their feet to serve the best in making the rift between Hindu and Muslim community even wider.

The blatant lies also resorted to the rhetoric compounded by ultimate ignorance and arrogance. It has been India’s misfortune that since independence hold of Nehruvian scholars and leftist ideology on history has taken heavy toll of healthy versions of history. The leftists have been intolerant of accepting any differing viewpoint or even respecting the right to dissent.

India perhaps would be the only country where her own history has been twisted the most by strong political motives till date. Secularism has become the most radical ideology with a chief goal to defame Hinduism and India at large. The academic institutions those thrive on the Indian govt’s funding must be put under scrutiny and regular periodic audit mechanism that how the institutions are performing. It is high time to scrutinize whether academic bodies are doing and delivering what they are meant for. The ‘non-performing units ‘ those indulge in political abuse and even in anti-national actions should be barred from all govt. assistance and should be exposed enough.The hard earned money from the sweat and toil of Indian people are not meant to  be wasted upon something that behaves itself as a country inside an Indian nation and is keen enough to make India socially and politically unstable.

Writings in ‘Ayodhya and After’ by Koenraad Elst and from ‘I, an Indian’ by KK Muhammed. Image sources: Bharatbharati