More
HomeOpinionsThe Idea of Bhārata: The Mauryas and The Marathas
FeaturedOpinions
Updated: 14 September 2022

The Idea of Bhārata: The Mauryas and The Marathas 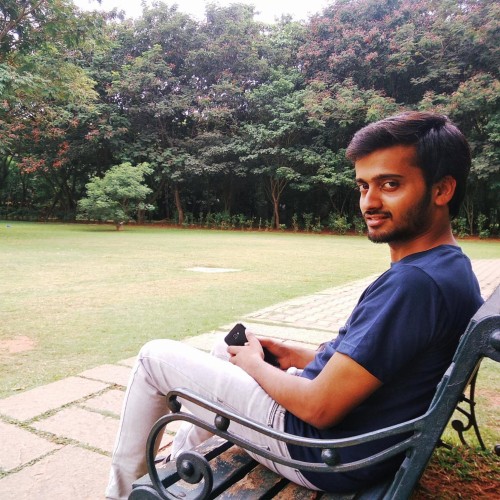 The Nanda Empire (4th Century BCE) was probably the first empire of Bhārata. The first emperor of India, Mahāpadmānanda, ruled a large part of North India. We are, however, generally unaware of this empire because its successor – the mighty Mauryans – were too bright to be outshone by any contemporary dynasties. This period saw ācārya Cāṇakya write his famous treatise on polity and economy, Arthaśāstra. Pāṇinī composed Aṣṭādhyāyī in this period. The third Buddhist council under the patronage of Devanāmapriya Aśoka took place during this time. At its peak, the Mauryan empire extended from Gandhar and Kamboj to the borders of Prāgajyotiṣapura (Assam) and from Kashmir to the banks of Tungabhadra.

The battle of Talikota in 1565 was a watershed moment in the history of Deccan. The Vijayanagara empire lost its prominence, and the five Shahas took over. The Maratha warrior Chatrapatī S͑ivājī Mahārāja coronated himself in 1674. This (1565-1674) is probably the only century in the entire history of Bhārata which saw no formidable Hindu/Dhārmika force to resist the onslaught of Islamic invaders. In 1757, when the Marathas were at their peak, they controlled a significantly lesser part of India than their predecessors, the Mughals. Neither can any architectural style be attributed to the Marathas that can match both their predecessors and their successors. The possible reason for this could be the political instability in the 18th century. Nonetheless, they made a significant impact on the history of India in general and Deccan in particular.

Although separated by two millennia in time, these two great empires, their founders, and the gurus of their founders show remarkable similarities. It is to these two empires that every Bhāratīya shall remain forever indebted. Before their advent, cultural unity, even in pre-Mauryan times, did exist. What lacked was political unity or even the desire for it. The consciousness and will to bring the subcontinent under one control, the valour to bring that about, and the system of just and efficient administration setup are the three factors that separate them from all other empires Bhārata has ever seen.

In the wake of Alexander’s invasion, ācārya Cāṇakya had asked Dhanānanda, the last Nanda ruler, to prepare for the war and join hands with all the then kingdoms. Dhanānanda refused, ill-treated ācārya, and remained nonchalant. Alexander won over Porasa but returned. With Candragupta, ācārya Cāṇakya won back the region in North-West, dethroned Dhanānanda, and established the Mauryan empire. Even when Amātya Rākṣasa, the loyal minister of Dhanānanda, tried to kill Samrāṭa Candragupta, ācārya won him back in Samrāṭa’s favour. Assuring himself that the state is now in safe hands, he returns to Takṣaśilā only to produce the next generation of ācāryas.

In the early 17th century, Mahārāṣṭra was ravaged by the bloody war between the Adilshah of Bijapur and Nizamshah of Ahmadnagar. The administrative system was broken down, famines were a frequent affair, and the life of a common man was miserable. Rājamātā Jijābāī gave birth to S͑ivājī in 1630. She filled his mind with stories of Rāmāyaṇa and Mahābhārata and the past indigenous kings. She lits his mind with the idea of Svarājya. It was the same consciousness and idea of Bhārata as one polity that ācārya Cāṇakya had envisaged 2000 years before it. S͑ivājī became Chatrapatī Mahārāja with his coronation in 1674. Thus began the formation of a mighty empire. This consciousness continued to inspire Marathas in later times – whether it was the third battle of Panipat in 1761 or Rāṇī Lakṣmībāī‘s resistance to the British in 1857.

The Gupta-Vakataka period (4th to 6th century CE) is considered a golden period in India’s history. It was this period that saw tremendous progress in art, literature, music, and science. Yet, I believe the contribution of Mauryas and the Marathas surpasses that of Guptas. While hardly any other ancient or medieval kingdom/empire can ever match the strides of human endeavour achieved in the Gupta period, the very desire to have political unity is a pre-requirement for those achievements. It is in this political unity that cultural and civilizational unity is properly realized. The Guptas, at their peak, were never seriously challenged by invaders. Neither did they conquer Vakatakas from the south of Vindhya. The consciousness of the Mauryans and the Marathas, therefore, cannot be attributed to them.

Medieval Chozas saw two great rulers – Rājarāja Choza I and Rājendra Choza I. Rājendra Choza I had conquered Lakshadweep islands, Maldives, Sri Lanka, large parts of South-East Asia, and areas up to the Ganga along the eastern coast. A great shiva-bhakta himself, he built Bṛhadeśvara temple in Gangayakonḍa Cozhapuram (a city built in memory of the win over the Palas reigning around the Ganga in Bengal) and Rājarājeśvara temple in Sri Lanka. What is appalling, though, is that there is probably no record of him confronting Mahmud of Ghazni who razed Somanātha temple, a jyotirlinga during the same period. The idea of sacred geography and the desire to keep it as one political unit lacked with the Chozas.

Many medieval dharmic forces, too, fought for their autonomy, but it was only Chatrapatī S͑ivājī Mahārāja who dreamt of ruling āsetu himācala. His vision bore fruits much after his death. He had prepared rājavyavahārakoṣa to replace loan Perso-Arabic words with old Marathi words or Saṃskṛta counterparts. Marathi was, thus, brought back to life.

When we look at the administration of Mauryans, ācārya Cāṇakya‘s words indicate their intent: “In the happiness of his (king’s) subjects lies his happiness; in their welfare his welfare.”[1] His Arthaśāstra deals with matters related to revenue, civil service, justice, war, and foreign policy. It is a comprehensive treatise on state administration. S͑ivājī Mahārāja had abolished the jahāgīradārī system and instead made regular payments to his soldiers and officers. His aṣṭapradhāna manḍaḻa looked after the day-to-day administration of his kingdom.

His son and second Chatrapatī of Hindavī Svarājya, Saṃbhājī Mahārāja, wrote a Saṃskṛta treatise on polity – Budhabhuṣaṇaṃ. In one of his ājñāpatra, S͑ivājī Mahārāja writes – “If you harass and trouble the subjects, …. many of them would starve to death. It would be as if you are more atrocious than the Mughals. There would be great uproar.”[2] Just and efficient administration was the backbone of the solid foundation of these two empires.

One can observe certain similarities and differences between these two empires. The idea of Bhārata as envisaged by their founders and gurus was partly a reaction to the foreign force and partly a belief in one common identity. The former is the immediate cause while the latter seems as the more driving force. Samrāṭa Candragupta had to fight Greeks who asserted political dominance only. S͑ivājī Mahārāja had to fight against those forces which even antagonized the native cultures.

Yet, he shows an exemplary attitude of religious tolerance, notwithstanding the fact that he did kill Portuguese Christian padres on the Konkan coast troubling the Hindus, and took down the mosque in Tamil Nadu built on an already existing temple. Samrāṭa Candragupta had annexed the already existing empire while S͑ivājī Mahārāja had to build one of his own from scratch. The Maratha empire was also the first and only time in history that the power controlling a major part of the subcontinent decisively moved south of Vindhya. These things make the Marathas special, while the extent of the Mauryan empire distinguishes them from the rest.

Some believe India was created in 1947, others attribute it to the freedom struggle. Some Marxists like Dr Gangadhar Adhikari still don’t consider India as one unified state. However, the idea of India, that is Bhārata, as one polity is at least 2300+ years old. The inscription on the statue of shepherd Candragupta at the Parliament building rightly says: ‘ … dreaming of India he was to create.’