More
HomeOpinionsRussia-Ukraine crisis and it's impact on Indian economy
Opinions
Updated: 5 May 2022 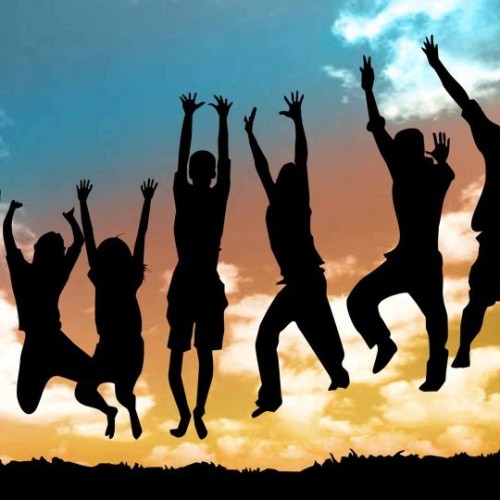 As I was writing this article a notification from the inshorts has popped up in my mobile saying “New COVID19 strain identified in Israel”. The first thing I said to myself was “God enough is enough”. Even though there isn’t a lot of buzz around it, it still made me worried particularly because this is coming after another such worrying event which shook the world economies. Yes, you guessed it right it’s the Russian invasion of Ukraine. We often encounter the hot debates around the whole concept of capitalism and free market economies.

While many appreciate the advantages of a Free Market system and the quick growth it brings it is equally important to understand the downsides of this whole phenomenon. In this highly integrated and connected world the crisis spreads equally fast as the growth and capital does and this is the biggest threat that we today are finding ourselves in. The Ukraine crisis is like rubbing the salt into the wounds of the global economies that have already took a big blow caused by a 2 year long health crisis. So let us see how exactly does this crisis impact the already suffering global economies.

The world is integrated in the form of free market economies where the capital, goods and services between them move freely. The forces of demand and supply determines the prices and the quantity available for a particular product. Russia is a major part in the global supply chains and capital markets. So, any positive or negative development associated with Russia will have a global impact.

Russia is a big exporter of several metals, fertilizers and many agricultural products. For example, Russia and Ukraine together make up 30% of global wheat exports. Russia is also a major crude oil exporter and it is also a net exporter of capital. This will have a negative impact on inflation and will also push the interest rates up. As a result, uncertainty driven by inflated commodity prices and higher interest rates will decrease the purchasing power and consumption. This will also mean that MSME’s and other small employers will be impacted negatively.

With this being the context of the Indian economy the COVID19 blow has been more destructive than what it seems. While the pandemic wounds seem to slowly heal this sudden crisis is like rubbing salt into these wounds. India has been very vulnerable to the global oil shocks and sudden currency depreciation, with 1991 gulf war and 2013 Taper Tantrum being notable examples. This crisis already started to show its impact in the form of supply shortages and price hike. Recently CNBC-TV18 has conducted a ground level interview with the local farmers and fertilizer suppliers in Nashik, Maharashtra.

For these poor farmers a fertilizer price hike means shaving off a sizable amount from there profits, this is bringing a lot of uncertainty and demotivates farmer from increasing production. When the local fertilizer seller was questioned upon the price hike and shortage, he replies that the producers weren’t able to increase production owing to shortage of raw material due to the war. While this was a supply shock there is another situation of demand shock. Grape farmers in Nashik used to export their produce to Ukraine and Russia at 70-75 RS a kg. Due to the war demand from Russia and Ukraine got disappeared so, these farmers lost the bargaining power and now has to sell their produce at much lower prices. These farmers are now forced to sell their produce at much lower price of 20 RS per KG which is 50-55 RS loss. There were many instances in the past where election results were directly influenced by the inflation level.

So, the government will also not pay enough attention to the plight of these farmers. As a result, the government tries to bring economic stability at the cost of rural economy which is already in a bad shape since 2017. Another interesting case is the reduction in the size of biscuits. A cookie is generally made up of three ingredients. Which is Wheat, Sugar and edible oil with 60%, 20% and 20% being their respective shares in manufacturing a single Cookie. As said earlier Russia and Ukraine together makes up 30% of global wheat exports. Apart for this it is also a major exporter of edible oils and sugar.

Along with the supply disruption the government’s focus on ethanol blending will also increase the demand for sugar squeezing the supply and pushing the price. As a result of this price rise the manufacturers are seeing a cost push inflation. While the competition in this segment is very high instead of increasing the price the companies started to reduce the size of the cookie.

On the macro side this crisis has the potential to change the whole budget plan and alter the government’s road map ahead. The level of impact on government’s plan will depend on the degree of severity and duration of the crisis. In this year’s budget the government has put a lot of emphasis on capital expenditure and to finance this they have announced a massive borrowing plan. The rising inflationary pressure in commodities, oil and food will force the RBI to focus on its primary objective of controlling inflation. At the same time the reduction in asset purchase by RBI accompanied by a price rise will result in reduction of real money supply and increase an upward pressure on interest rates.

In any ways if the inflation persists above the upper tolerance level of 6% the interest rate hike will become inevitable and the rate hike will be rough and improper. This will increase the cost of borrowing and force the government to reduce capital expenditure. This rise in cost of borrowing means that the revenue expenditure of the government will increase owing to the interest payments which will reduce the scope for welfare schemes. The government in this year’s budget has already decreased their non-interest revenue expenditure at a time when the rural economy is in a very bad shape. Prolonged crisis also means that the fiscal deficit will rise and as a result of this excess borrowing the interest rate will face an upward pressure. Which will crowd out the private investment while per capita consumption is already below 2018 levels this will pose the threat of Stagflation.

While nature of the above discussed possibilities will be shaped according to the severity and the duration of the crisis it is clear that slowing economy and rising inflation are clear threats to an emerging economy which already is seeing a clear K shaped recovery. Therefore, to manage this crisis the government has to master the balancing act between geo politics and economy.

At the same time, they should make their plans flexible and be open to outside suggestions. So, to manage this crisis its imperative that the government turn more participative, consultative, inclusive and delegate powers and responsibilities to the lower level authorities to increase efficiency and react quickly to rapidly changing global order.