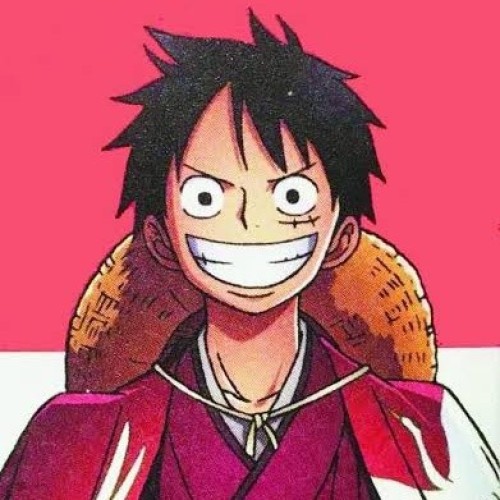 It’s been more than a month since Russia started its “Special Military Operation” against Ukraine and there aren’t any signs of de-escalation until now. Every coin has 2 sides to it and either one of the sides is deliberately hidden by the media in order to support their side. Since Geopolitics and History are one of my favorite topics, I really thought that I need to make an UNBIASED blog post on the Russia-Ukraine crisis. Today I’ll be mentioning the perspectives of both sides and the challenges that arise from the Russia-Ukraine crisis.

Ukraine and Russia share hundreds of years of cultural, linguistic, and familial links. For many in Russia and in the ethnically Russian parts of Ukraine, the shared heritage of the countries is an emotional issue that has been exploited for electoral and military purposes. As part of the Soviet Union, Ukraine was the second-most powerful Soviet republic after Russia, and was crucial strategically, economically, and culturally. Ukraine including many other countries we’re part of the USSR but after the disintegration of the USSR in 1991, Ukraine became a sovereign country.

After WW2, Western countries like the US, Uk started a new grouping called North Atlantic Treaty Organization(NATO) in order to tackle USSR. In order to counter NATO, USSR also formed a grouping called “WARSAW PACT” which majorly consisted of West Asian and Central Asian Countries. This was the classic narrative of “Europe vs Asia” built by the USSR so that they can take the leadership of Asia and rally the Asian countries behind it when required.

However, the disintegration of the USSR in 1991 clearly changed everything for Russia, Russia lost some of its lands and with it the resources. Germany wanted to reunify its territory and many counties like Poland had their own National Interests to look after, due to this unrest Russia had to suffer one more decisive blow, as the “WARSAW PACT’ was formally dissolved but NATO didn’t dissolve and continued its grouping.

Now! The real game begins here. Since the warsaw pact was dissolved, former Warsaw pact countries slowly started joining the NATO and this is also the time when Mr. Vladimir Putin steps into Russian Politics

Mr. Vladimir Putin was a former KGB Agent and when he stepped into Russian Politics, Russia’s view regarding NATO changed quite a lot. Russia under Mr. Putin was always hostile regarding NATO and when former USSR and Warsaw Pact members started joining NATO, Russia started facing the heat and claimed that NATO is expanding eastwards (Russia points out that in1991 the US had promised that NATO will not expand even an inch towards the east, but there aren’t any official documents regarding those claims)

UKRAINE’S BID FOR NATO MEMBERSHIP, ANNEXATION OF CRIMEA BY RUSSIA

The balance of power in the region, Ukraine being a crucial buffer between Russia
and the West, Ukraine’s bid for NATO membership triggered Russia to capture the Crimean Peninsula in 2014 which was a part of Ukraine. In order to have a monopoly over the black sea and also to keep an eye on Ukraine, Crimea was a strategic point. By 2014, Russia under Mr. Putin had become aggressive regarding NATO and also had warned NATO not to include Ukraine as its member.

As you can clearly see in this map, Ukraine acts as a buffer for both the West & Russia and Ukraine joining NATO will effectively bring NATO’s weapons to Russia’s border. As mentioned earlier, Russia thinks that it’s being cornered by NATO, and Ukraine joining NATO is the last thing that Russians want. Let’s think like this, if Russia had a military pact with Belarus, Ukraine, and Poland, then it would effectively bring Russia’s weapons to Germany’s border, no country would like this sort of situation when it comes to their National Security, the very same logic applies to Russian Mindset.

NATO assured security guarantee for Ukraine and Russia warned Ukraine of severe consequences if they join NATO. Neither Russia nor the West has made clear efforts to sort this COMPLEX issue through dialogue and diplomacy and Today Ukraine is paying the price for it. It’s quite easy to make propaganda and take sides on this issue. The national interests of both Russia and the West lie with Ukraine and Until a suitable solution is found, Russia will tamper with Ukraine just like the US tampered with Iraq, Syria, and Lybia

RUSSIA-UKRAINE WAR ACCORDING TO THE RUSSIAN PERSPECTIVE

Since Russia thinks that Ukraine joining NATO is against their National interest, their plan probably is to cut Ukraine’s connectivity from the Azov sea and Black sea. They’re trying to achieve it by controlling Odesa in Southwest Ukraine, Sevastapol in Crimea, and Mariupol in SouthEast Ukraine. Since Ukraine was once a part of the USSR, it still consists of an ethnically Russian-speaking population in Eastern Ukraine who consider themselves a part of Russia. Eastern Ukraine which is also called as Donbas region primarily consists of the Luhansk and Donetsk regions who’re identified as ethnically Russian-speaking regions. This is probably how Russia is planning for a short span after Ukraine’s forces resisted severely, which Russians probably wouldn’t have expected.

RUSSIA-UKRAINE WAR ACCORDING TO EUROPEAN PERSPECTIVE

Russia has escalated the war in Ukraine and the whole of Europe has united against Russia by slapping heavy sanctions. Although many European countries are still dependent on Russia for Gas and Oil, Europe probably would like to decrease its dependency on Russia and thereby not funding Russia. Apart from Unilateral economic sanctions, Europe has refrained from participating in this war since the world economy hasn’t quite recovered from Covid impacts. But one thing is clear, the World order will change, and the whole of Europe will target Russia as they targetted USSR during the Cold war. With the highest no of sanctions from the west, Russia will probably align itself more towards Asian countries like China and India, 2 important countries which are predicted to be on the list of the global superpowers by 2050

IMPACT ON THE WORLD ECONOMY

Crude oil prices have started rising abnormally but just not that, Ukraine which has steppes grasslands AKA “food basket of the world” will face food shortage and humanitarian crisis. Russia which has resources like Neon is important for Chip manufacturing and with Russia facing sanctions, it’s evident that the current chip shortage around will increase even more. With Covid-19 taking on new forms and now with the ongoing Russia- Ukraine War, brace yourselves, people! It’ll be a roller coaster ride for the World economy.

Image/Video credits belong to the respective owners, images used here are only for the purpose of understanding

Visit my blog- Grow Through Life