Why the booming trend of banking scams never ends 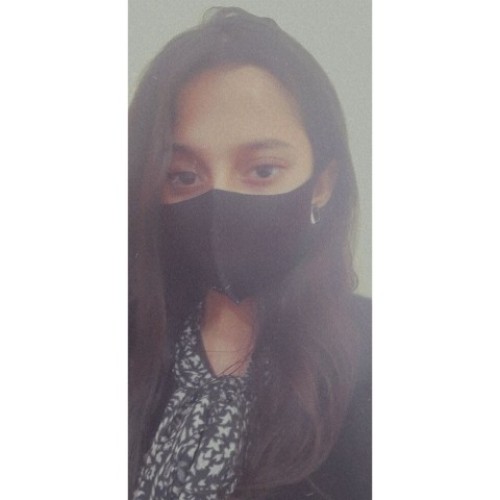 “It has been far safer to steal large sums with a pen than small sums with a gun.”- Warren Buffet. The saying signifies how the intellectual minds exploit the corrupt system to facilitate money robbery and easily get away with it while the petite thefts in tattered pockets fall swiftly to brisk detection and strict punishment.

In the past decade or so, a rampant spurt of significant banking frauds has greeted the public eyes with the potential of causing detrimental effects to the Indian economy. This shows how the commingling of the RBI guidelines, strict regulations and preventive measures adopted by the banks, both in public and private sectors still fails to rebut the audacious tricks of scamsters who draw whooping amount of loans and escape narrowly from the country. Be it Vijay Mallya, Mehul Choksi or the PNB swindle’s infamous golden boy Nirav Modi, all have flooded the media headlines gathering criticism and mistrust on the ability of reputed banks to protect the deposited money that belongs to the very people of India.

The Reserve Bank Of India(RBI) has, per se, not defined the term ‘fraud’ in its guidelines on Frauds. A definition of fraud was, however, suggested in the context of electronic banking in the Report of RBI Working Group on Information Security, Electronic Banking, Technology Risk Management and Cyber Frauds, which reads as-

‘A deliberate act of omission or commission by any person, carried out in the course of a banking transaction or in the books of accounts maintained manually or under computer system in banks, resulting into wrongful gain to any person for a temporary period or otherwise, with or without any monetary loss to the bank.’

The modern banks are regarded as the departmental stores since they offer a variety of services to their customers. A vast proportion of money stored in these commercial banks comprises of savings deposited by the public for the sake of convenience, safety or for earning interest. Using these deposits, banks issue loans to individuals, traders and business institutions and charge interests from the borrowers which is more than the interest they pay to their depositors. They earn profits out of these loans. However, if the borrowers do not return the sum with interest, it turns into Non-Performing Assets (NPA) to the banks. Banks with high NPAs may become resistant to offer big loans needed for funding investment projects which will cost negative consequences on the economy. According to RBI, State Bank of India topped the list of highest NPA with Rs.1.21 lakh crores in September 2021 from Rs.74,482 crore in June 2014.

A believed misconception equates the amount of bank frauds with the bank’s inability to allow withdrawal of deposited money by public. This is a lie because people do not realize that NPA’s do not have potential to disrupt the entire systematic structure of a particular bank, especially the famous ones. The real treasury of these banks is the people’s money and when a big fraud gets leaked in the masses, all of them simultaneously start withdrawing huge sum of money from a particular bank which in turn reduces the bank’s deposited money and therefore paralyzes its power to advance loans to borrowers. Only the people’s money has the potential to create or destroy the stretching arms of a bank.

After the PMC Bank Scam, the bank informed their customers that for the next six months, only Rs.1000 could be withdrawn from their accounts, the limit was further stretched by RBI to Rs.25,000 for the same. So, now can you guess what was the reason behind imposing restrictions on withdrawal of large sums amidst the ongoing crisis?

According to Statista 2022, the total number of reported banking frauds across India between from fiscal year 2009 to 2021 were 69793. In fiscal year 2021, the RBI reported a total of around 7,400 bank fraud cases across India. This was a decrease compared to the previous year and turned around the trend of the last decade. The total value of bank frauds decreased as well, from 1.85 trillion Indian rupees to 1.4 trillion rupees

Delay in reporting frauds to RBI is a not a destined happenstance, it is a deliberate act by banks. Their reluctance stems from fear of maligned reputations, loss of public faith, decreased market value, mistrust on effective corporate governance, interference of probe agencies and for reasons better known to them. According to RBI, at times frauds are detected in banks long after their perpetration. On some occasions, RBI comes to know about frauds involving substantial amounts only through press reports.

“The average lag time of large frauds, say 100 crores or more was about 57 months,” said Nirmala Sitharaman in a press conference of 2021.

1) Noncompliance to Know Your Customer (KYC) guidelines– KYC is a verification process that allows financial institutions to verify the identity and address of all customers who are to carry out any kind of financial transactions with them. It also enquires details about the business conducted by the customer and the nature of their employment. This helps to verify the authenticity of the individual/ company. RBI recently imposed Rs.25 lakh penalty on Axis Bank for violating provisions of KYC norms.

2) Misuse of delegated authority- Due to increasing work pressure, the top management delegates authority to the middle management who in turn may give parts of their job to the line staff. The Staff may indulge in unethical methods to achieve their respective targets.

3) Lack of tools to identify potential red flags: Despite having educated, trained and sound managers, some banks lack suitable systems to detect potential risks of a bad deal.

5) Conflict between employees and external parties: Insider fraud stemming from coercion, collusion, etc. are regarded as one of the serious frauds faced by banks.

In a brilliant strategic move by the central government, a fraud management framework of 4 R’s namely Recognition, Resolution, Recapitalization and Reforms were framed to resolve the expanding tract of NPAs.

In a speech by Shri Shaktikanta Das, Governor, RBI he said, “our financial system faces both challenging times and new opportunities as the Indian economy returns to full vitality. With the exponential growth of digitization and online commerce in India, the Reserve Bank has also directed its policy efforts to put to ensure a safe, secure, efficient, cost-effective, and robust payments ecosystem.”

The society expects transparency, reliability, accountability and effective discharge of duties and responsibilities by the banks. Depositors of a bank put their hard-earned salaries and life savings in the banks which should by protected before lending huge loans to fraudsters masquerading as borrowers.