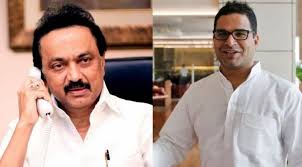 The recent utterances of Prashant Kishore (PK) about Nitish Kumar and JDU are quite funny, fascinating and farcical. Prashant Kishore started his apprenticeship with BJP in Gujarat then worked for BJP in 2014. Later the so called political strategist PK joined JDU as its Vice President and continued until he was removed from the party by Nitish Kumar.  When PK joined JDU, was he so naïve, innocent, ignorant and gullible and hence could not realize JDU was in the camp of Godse supporters but when he was removed from the party suddenly due to his anti-party activates only then he realized like how Buddha got the realization from Bodi tree and hence now screaming and yelling in public that JDU is in the camp of Godse supporters.

It looks like PK is looking for more and more career opportunities in Indian politics and hence he has realized that only when Indian politics remained fluid, unstable and ridden by caste and religious acrimony, PK will have some demand and not when Indian is stable, people unite under the emotional and cultural identity of India called Hinduism, India is led by a committed, born honest leader Modi, Amit Shaw and principled political party called BJP.

For PK, India comes only next but his carrier opportunity only matters him a lot and that is how his public rhetoric looks like. When he joined JDU as its vice president, JDU was like sweet grapes but when he started to attack JDU after sucking all its juice, JDU has gone sour to him. No politician in India has shown such Chameleon colour change in Indian politics.  PK is attempting to create confusion and uncertainty and infusing soft-Hindutwa card in most political parties that he consult as poll strategist so that India can be taken back to the era of coalition politics; India can be governed by corruption, scams, nepotism, dynastic politics, policy paralysis etc., and PK can remain as key strategist either for providing some political wisdom during election season or may extent his services to governance strategy.

Dart frog will look in brilliant colours but is very dangerous and poisonous.  So are several brilliantly coloured mushrooms.

People of India, especially the political parties must be wary of such so called brilliant political strategists who serve nothing but self and not the party that hires them or the country where they live.

Youths of India must recognize the brilliant attempt of some so called brilliant political strategist to cause instability in the country. Like Lucifer, such people may attract the youths easily but such Lucifer is not trust worthy.

Narendra Modi only has made PK from nothing to something and Nitish Kumar made him something bigger that what he could have imagined or aspired in his all through life. Mere co-incidence has helped him because his success as political strategist proves the fact that luck exist and luck can make a pauper prince and a prince, pauper.

During election season, most of the political parties prepare their manifesto, tries to showcase the list of freebies that they wants to offer if elected to power, minority appeasement politics, cash for votes etc. But the recent trend is that first create some problem or protest or unrest in the country out of nothing, keep the issue alive until election and make as much political capital as possible from such protests. Who knows the new era of protest politics may be the brain child of the so called political strategist. If the above assumptions is true, then Indians have lots worry about the so called political strategists as much as those political parties that makes political capital out of such new-generation, left liberal politics.

Indians should unite and must pledge their unconditional support to Modi to defeat chameleon, Poison Dart Frog, pseudo secular parties and tukde tukde gangs that play soft Hindutwa politics. PM Modi is focusing on development, sab ka vikas and unity in diversity which is possible only be re-kindling our national identity called Hinduism.