Dear Muslim sisters, why should I believe you? 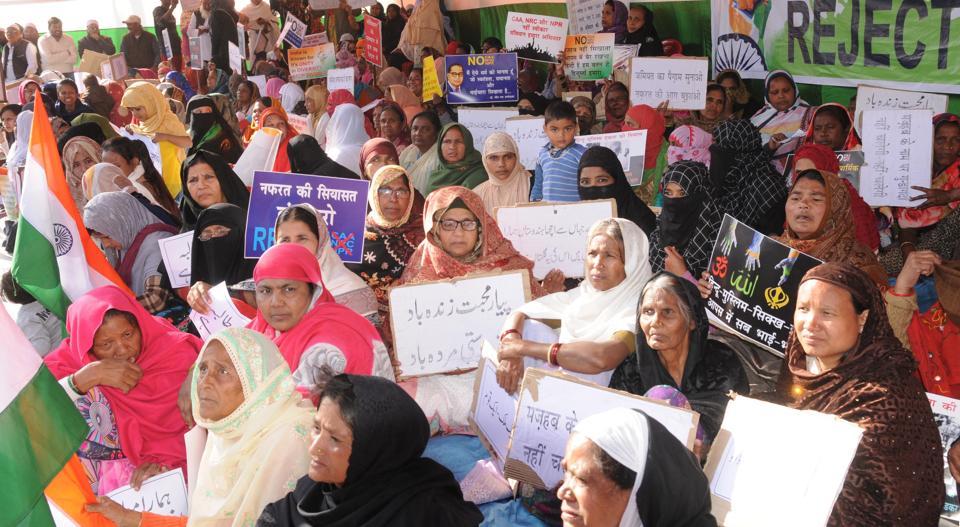 Today I see, thousands of Muslim men and Burqa clad women with their kids on roads, rallies, and the famous “Shaheen Bagh” and Park Circus Roads, protesting against CAA/NRC/NPR. I am happy to see the community exercising their fundamental right to protest against something since the bill was cleared in both the houses. It’s been a month and the community is still out with small kids to register their protest.

But, while watching the protests for the last one month, there are several questions that have hit my mind.

Did such massive protest lasted more than a month in my last 28 years? Is it true that the protest is being funded by political parties? Do they really know about the act considering the literacy rate of the community?

Are they being genuinely being misled?

But when I started looking at the bigger picture in India’s context related to Muslims, I found the community actually never cared about themselves and their rights.

Why do I say this?

I went and researched the conditions of Muslims in India in the last 70 years, I got the following statistics (Sachar Report):
– 25 percent of Muslim children in the 6-14 age-group either never went to school or else dropped out at some stage.
– only one out of 25 undergraduate students and one out of 50 post-graduate students in ‘premier colleges’ are Muslims.
– The percentage of Muslims in government employment is half of their population proportion.
– A large number of Muslim women who are engaged in work do so from their homes rather than in offices or factories. Their figure in this regard is 70 percent compared to the general figure of 51 percent
– In the Railways, 4.5 percent are Muslims and, significantly, ‘almost all’ (98.7 percent) are in low-level positions.
– Data with regard to prisons were edited out of the Sachar report
– The risk of malnutrition is also ‘slightly higher’ for Muslim children than for ‘Other Hindu’ children. This again seems to be a contradiction vis-à-vis the reported child survival rate.
– Also to be considered is the finding that in the recent recruitments by State Public Service Commissions, the employment of Muslims has been as low as 2.1 percent.
– In the Civil Services, Muslims are only three percent in IAS, 1.8 percent in IFS and four percent in IPS

The community who were pushed in Ghettos in Okhla/Seelampur In Delhi, Metibruz and Park Circus in Kolkata /bhindi bazar and Dongri in Mumbai never protested for such discrimination in last 70 years?

The community which never got good schools/good roads/good hospitals in their areas never came out on roads in the last 70. Why are they protesting today?

The community which never found respectable representation in politics/govt Jobs/ private jobs never came on roads for last years. Why are they protesting today?

To sum up, in the last 70 years the parties like Congress/RJD/SP/BSP/AAP/MiM were the only reason for such poor conditions of the Muslim community but the community never protested against them but instead stood with them against Bjp in past and present as well.

Muslim community need to answer a lot of questions before blaming the Modi govt. They need to answer why they are protesting against a bill which does not affect them but gives citizenship to minority refugees. If you are protesting for the rights of Shias, Amhedias, and Rohingyas of other nations than why dint you protest for yourself and your children in the last 70 years!

For the last 70 years, the community which used to make or break governments in India, the women who were kept in Burqa, not allowed to study or work are feeling so empowered under the Modi Government. What is the reason?