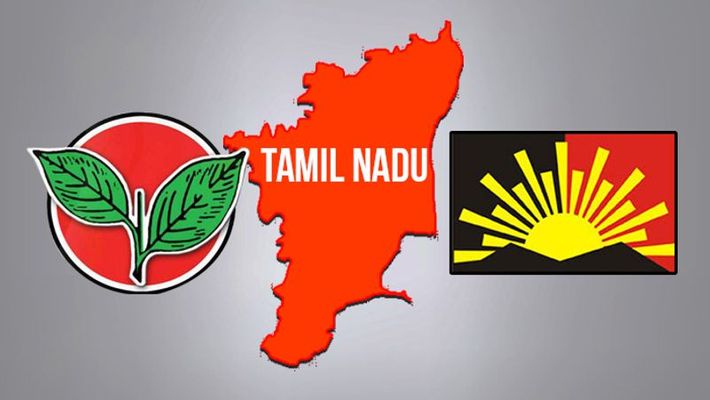 Electorally if one wants to describe Tamil Nadu election for the last several decades, the outcome has always been a swing or wave in favour of either AIADMK or DMK. Among the two major parties in the state, at the organization level, DMK is quite strong but from the people’s preference per se, AIADMK ranks first. Except during Annadurais’ time, DMK has never won any election in the state due to its preference or acceptance but people have voted DMK because they want to vote out AIADMK. Always only the negative vote against AIADMK has helped DMK to come to power in the past and not due to any positive vote for DMK. On the contrary, AIADMK has always won elections purely due to its preference and acceptance of the fact that the AIADMK supremo would do lot of good to people, will be firm against terrorism and goon-ism, pro-people, caste and religion neutral, progressive party and would promote spirituality and divinity in the state.

In brief, AIADMK was always seen as a positive force whereas DMK is seen more as a party always brood over negativity, hate politics, anti-God, anti-Hindu, anti-Hindi, anti-Brahmin rhetoric. Further both DMK and its progenitor DK have caused enough and more confusion among people of Tamil Nadu over several decades on the very identity of Tamil people.

Today many people in Tamil Nadu wonder whether they are Tamils or Drawidian or Indian or Hindu. During post-independence, the Tamil Nadu has witnessed the crowning glory of Tamil Bhakti era, the philosophy of Tirugnana Sambandar, Andal, Tiruvalluvar etc. Since Tamil people are always God fearing and loving, they focused more on divinity, peace and spreading love and affection among others in the society. Tamil literature, Tamil Bhakti scholarliness and doctrines were ruing the people during post-independence.

That was the time, people with obviously non-Tamil identity entered the political scene, promoted hatred by dividing people under two imaginary races such as Dravidian and Aryan, scared people that Aryan would dominate, all those call themselves as Hindus and speak Hindi are Aryan, whatever the bhakthi scriptures written in Tamil were done under the influence of Aryan culture etc.

The non-Tamil people cleverly masked the Tamil identity with Dravidian tag, divided people from rest of India, promoted negativity against Hindu, Hindi, Sanskrit etc. To further the above cause, the Drawidian brigades attacked Brahmins as they sensed that Brahmins have to be isolated to break the backbone of Hinduism in Tamil Nadu. Successfully they promoted anti-Brahmin sentiments, divided the Brahmins as Aryan race and thereby they brutally assaulted the Bhakti tradition of Tamil Nadu.

But in the recent times, Tamil people have understood the nefarious political ploy of DMK and DK and as a result, are coming back to Bhakti tradition. Hindu rituals, religious practices, importance of temple worship, engaging in various auspicious activities etc., are gaining great importance in the state.

Drawidian preaching and ‘anti’ sloganeering are losing ground and DMK looks like a party that exist more due to cadre than due to the leadership. It looks like sun for DMK has started to move towards setting zone and only way the party can save itself is by submitting itself to God and promotes spiritual essence of Hinduism. The mascot of DMK once, Vaiko has recently advised DMK not to criticize and abuse Hindus who go to temple and worship God. DMK has a long legacy of greeting Christian and Islam for celebrating their religious events but not to Hindus.

People of TN are coming back to spirituality and religious events and are gathering in great numbers in temples for every Hindu festival.  The Deva Bhakti (divine worship) has already turns to Desh Bhakti. Modi’s good, corruption free, nepotism free, development centric governance has really transformed the people of the state and will soon elect Modi to save the state from corrupt, dynastic forces. Considering the swing electoral culture of people, the day is not far away; people would write the epitaph of DMK and would elect Modi to save the state.