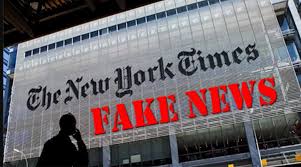 Since India revoked article 370 and subsequent bifurcation of J&K, Indian intellectuals on both sides of the argument have gone crazy by adding piles of articles and tweets on daily basis using both Indian and International media along with couple of medical journals throwing in their 2 cents.

But in all this fog of ideas there are some issues which no one seems to address, it is either that it is being willfully ignored or I am an oracle who see what others can’t, I will go with willful ignorance.

International media’s interest and influence on Kashmir issue is overstated and is equivalent to “Log Kya Khaenge”. NYT or WP regularly gives space to arguments on both sides India and Pakistan and they are just opinions which can be light on fact and heavy on emotions. Same NYT and US press supported US invasion of Iraq and have hardly any credibility in terms of supporting India’s or Pakistan’s interests. But constant twitter feed of intellectuals and column writers linking foreign media articles to say Modi has failed in diplomacy and world looking is just comical.

Many writers have highlighted mostly on Pakistani side with few NRI column writers in the mix about the protest outside Indian consulates and other Indian govt offices in few western countries, showing it as Kashmiris being upset around the world with Indian govt decision and Sikh diaspora supporting it. But no one said that most Kashmiris protesters overseas are actually from POK (Mirpur) waving Pakistani flags which does not represent Indian side of Kashmir, and most Sikhs in protests are Khalistani supporters with sole purpose of increasing their visibility and lining their pockets. It is ironical that supposed representatives of Sikh diaspora object to interfaith marriage and ignore UK’s grooming gangs, and at the same time protest with Pakistani diaspora masquerading as Kashmiri’s. It is not long ago that UK streets were filled with violent messages and threat to kill infidels when a cartoons/movie were released depicting Prophet in bad light, or protest outside a school objecting to depiction LGBT community in story books; not sure if same people have any claim on religious freedom and Human rights.

Another topic of discussion is inernationalisation of Kashmir issue which again is equivalent of “Log kya kahenge” I am sure it will be same, what was said to Russia when it annexed Crimea, when UN Genral assembly asked UK to leave Chagos Island or when US invaded Iraq. In short being a disobidient power on world stage is basically gold standard to tell countries we will do what’s in our interest and we don’t care and that is actually a win for India to shed its docile soft power tag and embrace an actual world power tag.

We all hold civil liberties dear in whichever country we live in, and should protest and resist any attmepts to erode them by govt of any banner. Eg: UAPA can be abused, so is any other law, thats where general population need to come to a consensus what do we hold dear security, liberty or bit of both. This is debateable and should be debated but not at the cost of lives of innocent people in Kashmir and calling people on the other side idiots.

Being a NRI, this issue has not only made me realise my own hypocrisy in terms of liberal values but also most of intellectuals based outside India. I agree armed forces are not above critism and right sof Kashmiri’s are same as any one else in India. But I am now convinced that most liberal Indian intellectuals abroad are just liberal to appease their foreign friends and align their thoughts with them, in this ecosystem even slightest of different line can land you in trouble and be accused of closet supremacist. Many of these people sound like white liberals who thrive on being able to show how woke they are and at the same time hurting and undermining people they are supposed to help (think Clinton and three strike law in US). Anyone supporting Free Kashmir based on releigious lines has never managed to lend any thought to a very obvious question. Will a free Kasmir be an Islamic republic and other minorities in this free country will be able to claim their piece of land based on their religion or ethnicity, or can kashmir sustain perpetual disntegration?