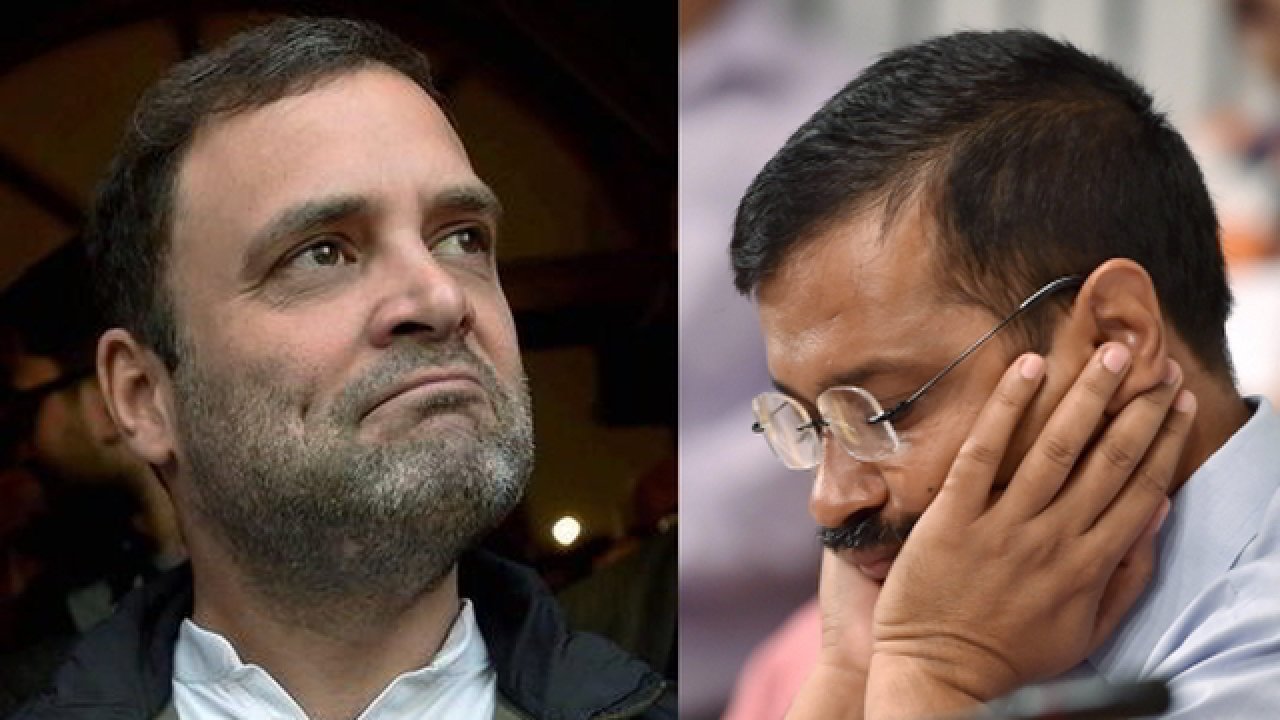 Even some of the senior leaders of congress party from Tamil Nadu were reported to have warned the dynast that they would leave the congress party if seat for their son was not given. Many leaders in several states are liquidating congress and joining other parties on daily basis, but interestingly Aravind Kejriwal of AAP is so adamant and wants to align with congress party in Delhi.

If we analyse the genesis of AAP we can easily recognise the fact that over the last 4 years, AAP has done enough to ensure its political decomposition. AAP was started as an alternative force; a political force that came into existence, opposing corruption of the then congress government, converted the congress votes to itself and then made a massive victory. The greedy leader of AAP, Kejriwal started to commit one blunder after another to be in the limelight with the presumption that people would view him as an alternate force and the possible contender to Narendra Modi. The stupidity of Kejriwal prevented him from seeing the truth that PM Modi is an uncommon leader with incomparable character and quality, a leader rooted his philosophy in honesty, commitment, development, sab ka vikas, and national security. Kejriwal cannot match the iconic stature of PM Modi in this life time.

AAP made congress worry a lot in the past as congress was the biggest loser of AAP’s growth in Delhi and in other parts of India. Congress lost most of its vote bank to AAP. But today the same AAP is gifting enormous happiness and celebration to congress party by begging and kneeling for an alliance with congress party.

Once AAP merge with congress party, certainly not only in Punjab and Haryana many, other states also the former AAP members can contest as congress candidates. Once Kejriwal’s term as Chief Minister of Delhi expires, he can join the club of the great dynast to spit lies, false allegations and negativity like the dynast and then can request for pardon when defamation case is filed.

No political party in Indian history has rose to glory and fallen from grace so fast like AAP. The forthcoming parliament election is god given opportunity to people of Delhi to elect PM Modi and remove congress and AAP from the political map of India.

Hope the wise Indians will defeat not only congress party but all those regional forces that are so divisive and destructive in nature.

The alliance partner of congress party in Tamil Nadu is DMK which is known for negative politics, politics of hatred, missionary of anti-God, anti-Hindu, anti-Brahmin propaganda. All the associates of congress party are largely engaged in negative politics and politics of hatred but the politics of PM Narendra Modi and BJP are development, sab ka vikas and national security. India needs a stable government, decisive Prime Minister- Modi and agenda of development, sab ka vikas and national security and not dynasty and corruption.