Is SP-BSP Gathbandhan a mistake based on Pure Airthmetic? 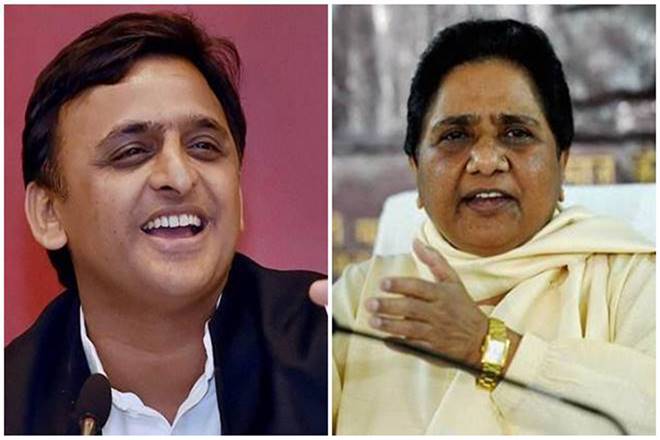 Both SP and BSP parties are two different side of a coin, which was not supposed to be at one side, Both parties did hate politics for decades against each other. Now coming together, will they able to perform arithmetic on ground, or it will be a chemistry.

Why the Gathbandhan will fail

When two different and opposite thinking parties come together they both need to sacrifice much, which we saw not happening.

Also there is a simple another fact here, every person has his choices, assume a person first choice is candidate from SP and his second choice is candidate from BJP or Congress, but in this seat there is no candidate of SP, who will he vote? why should he vote for BSP? May be SP will convince their voter but there will be still about 30-40% people who will not vote for BSP. This is the beauty of democracy,

Another example, there are these 3 candidates (names are not of real candidate) who fought against each other in last election, now what will happen in this election.

Lets assume BSP candidate who will fight on a particular seat.

Now I am voter, I know all these 3 person, why shouldn’t I know? they are fighting for M.P seat from my city. ok!

Manoj is my first choice and my 2nd choice is Yuvraj. Now manoj is not fighting election, why will I vote for Sanjay? when I know Yuvraj would be also a good person. Now one thing Manoj and Sanjay always spoke against each other, how can they go to people and ask vote for each other? i.e. yesterday I came to you and told you that Sanjay is a bad person, today I am saying Sanjay is a good person, what will happen? That person will lost his credibility.

Gathbandhan which happened only because media reports, as Mayawati ji once spoke about it her press conference, arithmetic.

They forgot the reality on ground and the hate they spread against each others from decades. Both parties already spread hate against each other in their votebank, and hates of decades in people mind will not go away easily.

It is also interesting here to see on what common ground both parties are working to bring people together. Only one policy I see is “Remove Modi”, but what are they doing to remove? Nothing. They are still fighting each other in Court of law.

Last time when SP-BSP came together and they won, because both parties showed the love towards each other. They let people believe in each other. But this time nothing like this seems happening.