Why India can’t afford to have another Indira 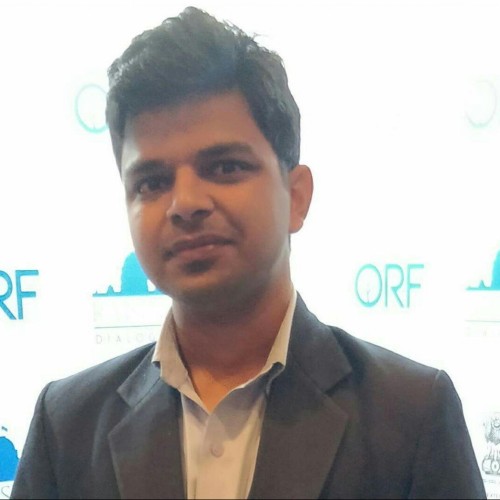 Shubham Singh
Masters in Political Science. Writes on government policies and social issues. He can be reached on [email protected]

Suddenly twitter started to trend with the hashtag Priyanka Gandhi Vadra in Politics. Supporters of Congress started celebrating it like Holi and Diwali. Posters were made showing her as the incarnation of ‘Durga‘ and showing her features, that she resembles with Ms Indira Gandhi. With her entry into politics officially, the mystery and secrecy, real and carefully contrived, about her role in her party came to an end. This may be welcome as it’s every individual’s right to join politics. But by finally laying its “Priyanka card” out on the table, the Congress, has shown that they were finding difficulty in the race of 2019 general elections.

This step may work as oxygen for congress in UP, as the situations are complicated for them. They are not a part of SP- BSP alliance or say Akhilesh Yadav and Mayawati didn’t want any risk. So to search for ground in UP, Priyanka Gandhi Vadra can be helpful as people connect to her emotionally as per congress leaders. Those who praises Indira Gandhi, think that she will also act like her grandmother. But does India really need another Indira or even can India afford to have another Indira?

Indira Gandhi was a authoritarian leader who ruled for herself and not for the people’s benefit. She disturbed the balance between judiciary and executive, and suspended democracy for 2 full years, jailing all political opposition. She and her oppressive son Sanjay tried their best to destroy democracy to establish a dynasty. So we need Priyanka Gandhi to repeat this all? Looking at the few of incidents shows that Indira Gandhi was having very high ambitions that too not for the benefit of the country but only for the chair of power.

Imposition of Emergency in Country

On 12 June 1975, Justice Jagmohanlal Sinha of the Allahabad High Court found the Prime Minister Indira Gandhi guilty on the charge of misuse of government machinery for her election campaign in 1971. Indira Gandhi challenged the High Court’s decision in the Supreme Court. Justice V. R. Krishna Iyer, on 24 June 1975, upheld the High Court judgement and ordered all privileges Gandhi received as an MP be stopped, and that she be debarred from voting. However, she was allowed to continue as Prime Minister.

The next day, JP organised a large rally in Delhi, where he said that a police officer must reject the orders of government if the order is immoral and unethical as this was Mahatma Gandhi’s motto during the freedom struggle. Such a statement was taken as a sign of inciting rebellion in the country. Later that day, Indira Gandhi requested President Fakhruddin Ali Ahmed to issue a proclamation of a state of emergency and he did this. Within three hours, the electricity to all major newspapers was cut and the political opposition arrested. The proposal was sent without discussion with the Union Cabinet, who only learnt of it and ratified it the next morning.

Invoking article 352 of the Indian Constitution, Ms Gandhi granted herself extraordinary powers and launched a massive crackdown on civil liberties and political opposition. The Government used police forces across the country to place thousands of protesters and strike leaders under preventive detention. Vijayaraje Scindia, Jayaprakash Narayan, Raj Narain, Morarji Desai, Charan Singh, Jivatram Kripalani, Atal Bihari Vajpayee, Lal Krishna Advani, Satyendra Narayan Sinha and other protest leaders were immediately arrested. Organizations like the Rashtriya Swayamsevak Sangh(RSS) and Jamaat-e-Islami along with some political parties were banned. Numerous Communist leaders were arrested along with many others involved with their party.

At least nine high courts pronounced that even after the declaration of an emergency a person could challenge his detention. The Supreme Court, now under the Indira Gandhi-appointed Chief Justice A. N. Ray, over-ruled all of them upholding the state’s plea for power to detain a person without the necessity of informing him of the reasons/grounds of his arrest or, to suspend his personal liberties or, to deprive him of his right to life, in an absolute manner (the habeas corpuscase’).

The unofficial king of Emergency was the younger son of Indira, Sanjay who was termed as the ‘Goonda‘ of the nation powered by his mother’s power. Sycophancy was a legacy that indiara passed to generations ahead. In September 1976, Sanjay Gandhi initiated a widespread compulsory sterilisation program to limit population growth. The campaign primarily involved getting males to undergo vasectomy. Quotas were set up that enthusiastic supporters and government officials worked hard to achieve. There were allegations of coercion of unwilling candidates too. In 1976–1977, the program counted 8.3 million sterilisations, up from 2.7 million the previous year. The bad publicity led every government since 1977 to stress that family planning is an entirely voluntary program.

The 1970s the Akalis had become a powerful political force and Indira wanted a counterweight to them. Zail Singh and Indira Gandhi, on the advise of Sanjay gandhi decided to support and help bhindrawale grow in stature politically. Eventually Bhindrawale became more powerful than the akalis and wanted Khalistan. Indira could no longer control him. Bhindrawale decided to occupy the Golden Temple premises. It did lot of harm for the Golden Temple. It was totally destroyed.

These were the few of the incidents which shows that Indira Gandhi brought India as close as possible to a totalitarian dictatorship. So people who want Priyanka Gandhi in the role of her grandmother must at least think twice before coming to any conclusion.

Shubham Singh
Masters in Political Science. Writes on government policies and social issues. He can be reached on [email protected]