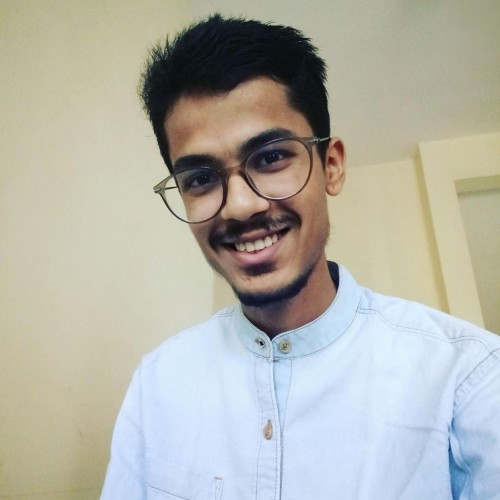 Prasad Karwahttp://www.prasadkarwa.com
Prasad Karwa is a digital entrepreneur and digital savvy person. He believes that most of the problems in the world can be solved through dialogue and love but to beat the shit out from the traitors you need to use the hard rod!

In afternoon, One of my friends sent me a link and called me to check that as soon as possible. I asked him what it was about. He said the most awaited URI Movie’s trailer is out on YouTube and it is trending all over.

Without wasting a moment I watched that and yes! I must say – this trailer is a must watch. I shared it with so many of my friends and relatives. Why? Not because the quality of the trailer was good but because it is based on the SURGICAL STRIKE. I even wrote a hashtag with the link which was – #SurgicalStrike #FakrHai

And after few hours what I see on Social Media is all time Modi-Hater and propaganda website, The Wire – tweeting this shit,

I thought, it’s okay The Wire is like this only. But just for curiosity I opened the link and read the article and it pissed off my mood. Seriously, the filth that was written in the article made me write this opinion piece. So, here’s my point to point reply to the author of that article.

I don’t know what made you think that the two-and-half-minute long trailer attempted to perpetuate a hyper-nationalist culture and what in life made you go against our own Indian Army and sympathising Pakistani military.

In 2016, when our 11 unarmed military soldiers were brutally murdered by the terrorists, it was not just their murder; it was murder of 1000s of other soldiers who are protecting us day and night. All the anger and feeling of revenge from an Indian is well justified in the matter. By the way, Uri is not based on some alleged terror attack on Kashmir. It is based on the actual terror attack which took lives of 11 soldiers and Surgical Strike was our response to them in their own way.

If you want to beat someone who is in dirt – you cannot fight by staying outside. You need to get yourself dirty. Gone are those days when we used to just talk and especially when the opponent is playing with guns and bombs. It is truly a Naya Hindustan. Teaching lesson to Pakistan or terrorist in their own way is the only choice. You can’t win a game with flowers and candles in the hands when the opposition team is carrying AK-47 and Hand Grenades.

The most disheartening thing in your article was when you wrote “The tone further builds up when soldiers shout “Jai Hind” as their leader blurts, ”They want Kashmir and we want their heads!”

Seriously? You think JAI HIND – is hyper-nationalism? It invokes the feeling of fear and anger? Also, let this be clear in your head and tell your colleagues in the office too – IN WAR, EITHER YOU WILL DIE OR ENEMY WILL. BLOOD WILL BE THERE. Don’t forget that the soldiers risks their lives to protect us and if you think glorifying and making them heroes of our life is hyper-nationalism then, hyper-nationalism is good and we all are proud to be hyper-nationalists.

And, there’s nothing wrong in all those commercial advertisements and messages if they are promoting or glorifying or talking about love for the soldiers. It’s good and it’s needed. So that minds like you get the msg in mind that the true heroes are not the one who talks about hyper-nationalism and cry about intolerance all the time, true heroes are there on borders sacrificing their lives for us.

You also wrote that,

“After a series of surgical-strike based ad campaigns, a full-fledged three-hour film on a contested, highly politicised and acrimonious issue is only going to stoke the already-rising flames of toxic hyper-nationalism.”

Surgical Strike was not a contest, not done for political points and definitely not a acrimonious issue for Indians. Just a single word for Surgical Strike – #FakrHai

Just want to end my article with a note –

This is NAYA HINDUSTAN. We don’t just talk, we retaliate too and after that we proudly say it on face and then, we make a movie on it to glorifying it also. Shame on you THE WIRE! Shame on you.

Prasad Karwahttp://www.prasadkarwa.com
Prasad Karwa is a digital entrepreneur and digital savvy person. He believes that most of the problems in the world can be solved through dialogue and love but to beat the shit out from the traitors you need to use the hard rod!