Broken bridges on the sea 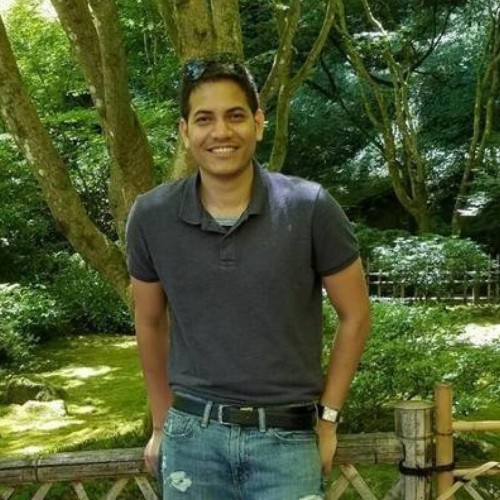 It is a tale like no other. A voluminous poem of human endeavor, of emotion, of drama, pathos as part of human condition, a human story of tragedy and, of triumph. Generations of Indians have grown up with these tales, intertwined with their everyday life, drawing lessons, parallels, making an innocuous joke or just entertainment. There is something in the tale that is part of the very soul of Bharat. It is the Mahabharat.

But today, this and the other stories of Bharat are under attack. Not from some sword wielding, or Enfield rifle touting barbarian, but from those who are considered as the very keepers of societal knowledge and curators of that wealth, the academia. There have been persistent run downs, a questioning on the lines of historical “truth”, a search for the actual event that may or may not have happened, a reading devoid of the “Brahmanical corruption” of the text to come at some ‘unadulterated’ truth. The academia, driven largely by the Western origin field of study known as Indology, is relentless in this pursuit to separate “scientifically” supported claims from pseudoscientific chaff.

Now, let’s take a moment and dig deeper into the reasons behind it & why this is done. The field of Indology has it’s origins in the post “enlightenment”, Protestant Christian framework, operating in Europe at the time it came in contact with Bharat. Protestant Christianity was, in short, a revolt against the Catholic Church imposed era of terror, carried out by its agents in every town, the Catholic priest. The Protestant took upon himself to get rid of the priestly class standing between them and the scripture, and expunge it of all priestly corruption, anything that didn’t suit their then sensibilities. The Old Testament was accorded the status of sheer myth, and only the new testament, which they thought of as more accurately “historical” was given credence.

This intellectual framework was then applied in a wholesale manner to the Indian texts that these early Indologists accessed. The Brahmin- the priestly class here, became the agent of corruption, who had deformed the original poem with some expanded philosophical hocus pocus, which was essentially only a core war ballad of the great warring “Aryan” tribes. This western mind was also searching for its own long lost past, which they sought to recreate in the dusty hinterlands of India. In doing so, they completely disregarded the native tradition, the copious commentaries and understanding of these texts, the generations of collectively preserved information. Instead, the Indologist himself took upon this mantle of accessing the “scientific historical truth”, thus becoming the high priest standing between people and the text, himself.

But, they forgot to look at the source of their own authority when dissecting the texts. They took the meaning of the words from tradition, but not the accompanying explanation. How would you know what the text actually meant if not for the meaning conveyed by the Brahmin, but then turn around and deny the very tradition as source of valid truth? The Indologist thus became that, what it claimed to get rid off, the layer between the masses and the text. It denied the normal lay person the right to access his or her own text.

We need to take a step back here, and raise a few fundamental questions. Why do we do history? What is the purpose of the entire field of humanities? To what end, is the question. Is it not to learn something from the human experience to benefit the generation now? Here, Is it not about paying attention to what Krishna, for example, did or didn’t stood for, than the exact time he stood on the Kurukshetra. There is no scientific way of accessing the past – exactly how it happened, the way the Protestant padre would have it. It will always be an extrapolation of some version of the ‘truth’. And then whose truth, when even our very own reality is in question here?

The authors of the ancient Indian texts were very aware of these questions. The cardinal mistake that we make is that we tend to think that we are more intelligent than the very authors who composed the texts. Vyasa is the author of Mahabharat, but he is also the progenitor of both the central warring parties within the story itself! The author is aware from the very start of the trappings of history and historicity and is making no attempts to hide that. Infact, he consciously choses to not do that. Lav and Kush learn their father’s story within Ramayana from Valmiki, the author, and are in turn telling it in their father’s court as we, the audience/reader listen on.

“Itihas” is history, but it is history which transcends historicity. It is telling you the story and bothers you with the message, without falling into the trap of historicity from the start, a trap that history can never get out of. Perhaps it shows us the way we need to go in humanities. A step forward in this direction has been taken by two brilliant researchers, Vishwa Adluri and Joydeep Bagchee, whose very well researched book ‘The Nay Science’ dealt a devastating blow to the field of Indology, and indeed is revolutionary for humanities itself, and they have followed it up with ‘Philology and criticism’, and are a personal inspiration.

It is a shame that we, the people, and our academia has internalized this essentially flawed pursuit of Indology, and we are all over the place like a headless chicken, digging grounds to find a horse or a crown to access our own text in a meaningful way, looking for some amorphous validation in some broken bridges on the sea.