A fictional history of the ‘Dravida Nadu’ nation, when it gets formed

It’s year 2118, a boy of 8 years old running around the ruins of one’s a concrete jungle. Playing hide n seek with his friends.. It’s like Lithuania in 1980s before USSR broke..

The Young boy runs into an old building to hide. The building looks like an old school. He wastes no time and hides next to a broken wooden closet.

He steps on something, which is not concrete or stone, something soft. He slowly rolls his eyes and checks what it is – It’s an old torn book.

The young boy doesn’t realize what he has found. No one in his Ghetto can read or write. Luckily, there is an old man who looks ancient but he is now way too old to converse or mingle with anyone. Young boy runs into him and shows this book.

The old man is sitting on a metal box; he is too old to see anything properly. He could barely see anything farther than 3 inches.

He can only feel someone coming near him. When the young boy comes near him he sees the silhouette of the boy. The boy drops the book on old man’s lap and leaves in a lurch to go to his hiding place.

With his shivering hands Old man picks the book on his lap, which is about to fall down!

Book is barely strong enough to hold itself. At this point, Old man is in half mind to bring it closer to the eyes or keep it aside and dive back into his muse.

He decides to bring it closer to his eyes. Only the headlines are visible, Rest of the text are all smudged or discolored or worn out!

The Old Man cries profusely just reading the title of the book!!!

He has no one with him to share the emotions reading the title!!!!!

HISTORY OF DRAVIDANADU – ONCE A GREAT UNION!

Here is what the old man read…

Karnataka State Government declares “Lingayat/Veerashaiva” community as a separate religion & they will get Minority status.

PM Shri Chandrababu Naidu Garu Is working with MB Patil to get “Special Minority Status for Lingayats” as it’s a newly formed Religion!

MB Patil feels a separate religion & a minority status to “Lingayats” is hogwash !

Lingayats r not getting jobs in Hindu dominated Mysore,Bangalore regions

Times Of India says the top 5 growing states of India

MB Patil feels Uttara Karnataka contribution to rest of India is substantial & it’s not getting its dues!

MB Patil is all set to become the Premier of #LingayataNadu

BBC correspondent Michelle Feels its a “historical mandate like #brexit”

KaruNadu Prime Minister Sir Siddarammiah says the decades of suppression of kannadigas under #hindiimposition has finally paved for a separate country & “Asmithe” is now intact!

Even in his ripe age of 97, MB Patil quotes from “A Tale of Two Cities“

“It was the best of times, it was worst of times“ remembering Karnataka once part of India

This is the unfortunate reality of #karnataka, #kannada #lingayats movements!

PS : THIS IS JUST A FICTITIOUS IMAGINARY ARTICLE..

THIS IS JUST A SATIRE ARTICLE AND NO ONE IS TARGETED !

It’s written in a faint hope to maintain the status quo of our great country i.e. INDIA! 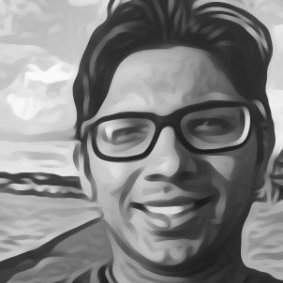 I am a first generation entrepreneur who is interested in computers, economics, politics.