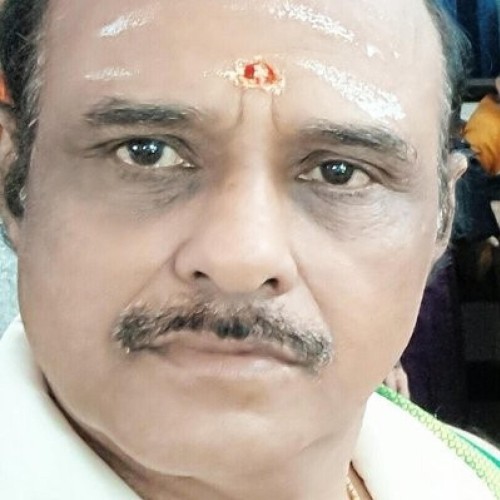 Though India and Pakistan were born at midnight almost like twins, India has endured as an elegant example of a country that upholds the principles of democracy, Justice and secular values. On the other side, our twin brother Pakistan has sucked himself into a country of religious bigotry, Junta rule, terror and mayhem causing misery to his own people and to India as well. However, an unprecedented event took place in the post-Independent Indian History.

This respectable status of Indian justice system was demolished by its own Jury overnight. The presser that was convened by the quartet of Judges lead by Justice Chelameswar on 12th January 2017 has stained the face of Bharat Mata like an Ink-attack, and shocked its intellectual citizenry into disbelief.

Hon’ble Justice Jasti Chelameswar, no doubt had acted in haste in mobilizing his 3 other senior brothers and came out openly in his residence lawns, sitting pretty, briefing the press live on Indian TV Channels. Justice Chelameswar’s main allegation against the Chief Justice had been ‘the allocation of some sensitive cases to Juinor Judges.’ During the presser itself, they hinted that one such sensitive case in question was the ‘the Justice Loya case’. From this, it is amply clear that an anti-Modi faction tactically lured the Judges and drew them out in public to refer the “Judge Loya” case.

Justice Chelameswar lead quartet had committed a grave impropriety by questioning the CJ’s roster of cases in the Supreme Court. He did cast aspersions on his brother Judges and victimised them publicly without any evidence or past history of indictments against any Judges. The allegation against the CJ lacked rationale and showed pure hypocrisy.

When the rebel Judges quartet started to claim that the Chief Justice is also a Judge but only ‘the first among the equals’ then the same parallel will equally apply to the rebel Judges as well. The four Judges were senior most Judges, but then only a step senior to the rest of 21 Judges. And they have further exposed themselves to the embarrassing hypocrisy. Their act implies that the 4 Judges appeared to be questioning the integrity of the rest of 21 Judges of the Supreme Court. This is like doubting the umpire’s ability even before he raises his finger declaring the batsman out.

This allegation of the 4 Judges has equally created another tricky assumption, that is, ONLY the 4 Judges are honest and in a manner placed themselves very high implying that they are the ONLY honest and highly truthful Judges when compared to the rest of the 21 Judges of the SC.

So, the presser has turned out to be a pure subterfuge act.

“Honesty is a belief and cannot be proved, while ‘corruption’ has to be proved with all possible evidence.”

But the 4 Judges have declared that they are above the rest of 21 Judges, including the CJ, and their plan or integrity cannot be questioned, as they are above scrutiny.

The next plot, that the nation had to witness in utter disbelief was the CPI head, Mr D Raja entering the residence of Justice Chelameswar, that too hiding and entering from the back door, immediately after the presser. By this act, the seniormost Supreme Court Judges have sent a clear message to the nation that the “Urban Naxalite Intelligencia” is directing the Judicial process and they want the outcome of some of the sensitive cases in their own liking.

The Urban Naxal coterie has been the mouthpiece of the “insurgent Naxal groups”, that are waging an armed war against the nation. This coterie was active ever since Sri Narendra Modi took charge of the nation in 2014. So, Justice Chelameswar’s timid excuse of Democracy in danger’ for his open presser, was ridiculous and the nation has realised that the 4 rebel Judges are in fact have set a dangerous ‘precedence’ for the future collapse of our Democracy and Secular values.

It’s clear now, that the conspirators behind the presser were the villains of Mr Modi, BJP, Right Wing groups and the enemies of our nation, to say precisely. Their aim was to give nationwide publicity to the Justice Loya case. Hitherto it was being discussed in a limited area of Social Media with one story having published in the Caravan Magazine.

Within a couple of days after the presser, the Supreme Court Bar Council declared “truce”. However, it was an “uncanny truce”. If such a trues was possible, then the learned Judges ought to have not come out in open but would have tried their best to resolve it by exhausting all possible avenues, within the precincts of the Supreme Court complex.

Justice Arun  Mishra went emotional with tears rolling down. Finally, on 16th January, the bench hearing the Justice Loya case pleaded the CJ to post the case before another ‘appropriate bench’. This is what the Leftist lobby wanted and this is exactly what they got in return. They succeeded in the emotional blackmail of the Supreme Court Judges, the highest justice platform in India.

Watch these two videos carefully – a detailed chat with the Congress Party’s sponsored conspirator Mr Tehseen Poonawalla, who was then cross questioned by Navika Kumar.

It appears that there was a tactical understanding between the Advocate Dushyant Dave and our Naxalite advocate Sri Prashant Bhushan. If we go through the conversation between Tehseen and the anchors of Times Now,  we can hearTehseen clearly confessing to the fact that Advocate Dushyant Dave dubbing Justice Arun Mishra as a ‘henchman’ of Chief Justice Dipak Misra.

During the presser held on 12th January 2018, the quartet of Judges confirmed the fact that ‘they wrote a letter to the Chief Justice of India’ seeking redressal of certain anomalies to be rectified in allotment of cases in the Supreme Court’. They confirmed that the said letter was written a couple of months back. So obviously in the said letter, there was no mention of any PIL (Writ Petition Civil) on the issue of Justice Loya’s death’ as filed by the Congressman Mr Tehseen Poonawala and the other.

If we look back of the chronology of events at this stage, the whole picture will be clear.

The special CBI court Judge BH Loya died on 1st December 2014 due to cardiac attack, in Nagpur. Until November 2017, (nearly after 4 years) I did not come across any investigative reports raising doubt on his death from any quarters, till the Caravan magazine published a report on 21st No.vember 2017. The report callously cast a doubt of the Judge’s natural death (heart attack) and spun a ‘murder’ story around it. Thereafter one after one event started building up.

The Mumbai Lawyers association first filed a PIL in Bombay High Court on 9th January 2018 seeking a probe into Justice Loya’s death. The petitioner relied on the Caravan Story.

Mr Tehseen Poonawala a Congress activist on Social Media filed a Writ Petition seeking orders directing the authorities to conduct a probe in the matter of Justice Loya’s death. The Supreme Court website shows the petition filed by Mr Tehseen Poonawala was registered on 11th January 2-18 but the Diary entry no-shows as 40744-2017 (December 2017)

From the Times Now chat with Mr Tehseen Poonawala, it is apparently clear that the Advocate Sri Dushyant Dave was eager  and also was in a hurry to get the petition filed by Mr Poonawala withdrew from the Supreme Court, as the petition was then listed before the Bench headed by Justice Arun Mishra at Court No 10.

Now, the intriguing aspect is, Justice Chelameswar who confirmed the fact that the said letter addressed to the Chief Justice of India was sent to the CJI somewhere in November 2017 ( as the copy of the letter as available on Internet was w/o date ) but waited almost 3 months without initiating any followup action, but hurriedly met the CJI on the morning of 12th January 2018 only after the WP (Civil) filed by Mr Poonawala was listed before the Bench at Court hall No 10, headed by Justice Arun Mishra?

There was lot of pressure, panic and pandemonium prevailed on 10th, 11th and till 12th Morning in the precincts of the Supreme Court and the lawyer’s chambers. The hurried presser by the Judge’s quartet on the 12th afternoon is the clear indication for this mistrust. Going by these events now we should suspect in another way around.  Why Adv Dushyant Dave and Prashant Bhushan were so confident on Mumbai High Court Bench where the petition on the same issue which was filed by Lawyers association more than the Apex Court?

Did the CPI Leader Mr D Raja meet the Justice Chelameswar before 12th January 2018, during those crucial days of 10th and 11th January 2018?

A stitch in time saves nine’

A timely action (Contempt of Court charges ) against Sri Prashant Bhushan and Dushyant Dave could have prevented this character assassination of the Judges at the Apex court of India. Going by the languages they used against Justice Arun Mishra and the Chief Justice of India, a contempt case is apt. Indecision causes severe damage.

Law Ministry should look into this aspect and order for a secret enquiry to prevent this tendency to repeat in future.

Urban Naxalite coterie working hard to infiltrate into the highest Judiciary with an agenda to influence its outcome in Leftist flavour.

A word on Mr Tehseen Poonawala. He is a known abuser of Modi, BJP, RSS and the like Right-Wing outfits. He had a record of abusive tweets to his credit. Yet he is a verified account on Twitter. If one wonders why Poonawala being a Congress leader now curious to file this PIL? There is nothing Public Interest except the party interest and his own personal interest too. He is young active and aspiring to become the head of Congress Party and he is eager to be in limelight all ways at least till 2019 Elections.

‘The enemy of my enemy is my friend’