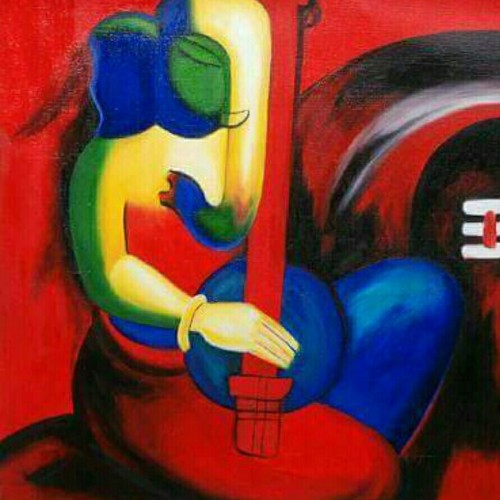 Nirbhaya, a bone chilling tragedy which shook the nation in the freezing winters of December of 2012. Nirbhaya: The fearless. We glorify that martyr with this title, but did she really need to fight this henious war for her existence, for the preservation of her dignity? She should have been leading a life of honour. She should have been striving for the betterment of her career. She deserved to love and be loved in return. She deserved to be happy and content. But we having completed our obligatory candle light vigils, have reduced her tragedy to ashes and relegated her story to archives.

Countless Nirbhayas later, we are still where she left us. We’ve let many more Nirbhayas fall prey to the countless monsters lurking in the shadows out there. Just the faces of these Nirbhayas change each time, from the innocent guileless children whose smiles vanish off their faces and their souls get scarred for life as they fall victims to the lust of these monsters, to the toothless ladies awaiting end to the evenings of their lives. From children who leave for school to seek knowledge, but never return back, to women who go out to seek a living for the family, but don’t themselves end up to live, these monsters don’t discriminate, they just seek to satisfy their greed and their thirst.

India recorded an astounding 34600 rape cases in 2016 with Madhya Pradesh taking pride in the highest number of cases at 4391 and Delhi remaining the undisputed Rape capital of the nation with over 2000 cases. So what do these numbers tell us? They actually mock at us in our faces, shriek with pain and yelp for help. And what do we and our esteemed elected members do apart from the customary lip service and obligatory candle vigils. We wait for another Nirbhaya to happen.

Who is to blame for these tragedies perpetrated upon the hapless victims? We have an escapist way out for this, we invariably end up blaming the sufferer because that’s the easiest thing to do. We blame the attire of the victim, their behaviour and the society that they move around in. The perpetrators escape on basis of the only virtue that they possess, their gender, because men will be men and since time immemorial we have taken it upon us to defend men, for they can do no wrong. An Indian man who’s outgoing, who’s prepared to bend a few rules here and there, is considered a smart player, ends up having a promising career and a good life, while a woman with qualities similar to the above earns for herself the label of a promiscuous b**ch. For a man to drink at social gatherings is a status symbol, an opportunity to advance his career or just an occasion to chill out. A woman doing the same at unprescribed hours is considered to be one on moral decline, someone who needs to be taken advantage of. We need our women to be dressed from head to toe because a glimpse of their flesh invites the demons in our men. But time and again it has been proved beyond reasonable doubt that a ‘Sari’ falls prey to this misfortune as much as a ‘Jeans’ does. But in glorifying our ‘Sanskriti’, placing the blame on the  deviant women, we half heatedly glorify and applause the molesters in their way of teaching her and the likes of her a lesson.

Are we going wrong with our upbringing . Are we bringing up the wrong kind of Indians. Are we breeding a creed of brutes, a confused generation who are outwardly progressive, but their souls reek of regressive filth. Don’t we need to get this clear in the minds of our boys that ‘WHEN A WOMAN SAYS NO SHE MEANS A NO’. We need to cultivate in them a habit of taking a ‘No’ for an answer. We need to teach them to respect a woman, to understand the pain behind her tears, to learn to accept her decisions, to care for her aspirations, to cultivate tenderness and compassion  in their souls as against what we’ve told them for generations that ‘Mard ko Dard Nahi Hota’. We need them to know that it pains and it hurts equally bad. We need to be friends with our kids and yet deal them with a firm hand. Most importantly we need them to know that ‘Women Are Not A Commodity’ to be used as and when it suits them, to derive pleasure out of their sufferings and to destroy and multilate once the fun ends.

An abuser is sick in his mind. Its a sickness to possess, an obsession to force their lust upon someone unwilling for their advances and a perversion to distort and to mutilate the very object of their passion. The signs of this sickness can  first be determined by vigilant parents and teachers. A healthy family can go a long way to breed a good human being.

We also need to educate our children to differentiate between an affectionate and tender touch and that one which does not feel right. We need them to open up to us when they don’t like a particular uncle or a cousin or even a teacher. We need to put our faith in their acumen because more often than not the abusers are someone known to the victim or someone trusted by his/her family. We need to be vigilant and need to look out for our children till the time they learn to stand for themselves.

The unfortunate victims in turn, don’t need our pity, our contempt or even our sympathy. They just need us to stand by their sides as they fight their own ways back. They need our unconditional love and support. Our soothing touch to tell them that it was just an accident and that they’ll emerge OK out of it. They don’t need to be subjected to the very humiliating medical examinations after the incidence, the disgusting cross examination where they need to elaborate on all the gory details of their mishap. The lewd insinuations of the lawyer who fights tooth and nail to prove the ‘Character’ of the victim. Most importantly they need us to look at them as ‘Humans Beings, rather unfortunate Humans Beings’ as against to ‘Victims’.

From our elected representatives we need them to stop looking at this misfortune as a photo opportunity, as their shot to screen space and repetition of the same rhetoric of ‘Nishedh and Ninda’ .We need them to call of stringent action and strengthening of the existing laws, to ensure us that no Juvenile violating a Nirbhaya hides behind his age, to push for capital punishment and castration in offenders. We need them to set such an example that the brutes need to think before committing an offense, before violating someone’s pride and to ensure us that we have an equal stake to opportunities as proud citizens of this great land.

From helplines that don’t work, to helpdesks that are just paper horses, to CCTV’s that mostly don’t function, our Netas are doing precious little for us.

Its high time that they guarantee our safety, protect our honour and make us believe that we are safe and cared for. How long are we expected to survive this lingering fear of molestors lurking around like predators around our loved ones. Are we waiting for more Nirbhayas to happen, as we helplessly look on? Or are we expected to take law into our own hands to ensure our safety or to seek vengeance if such misfortune befalls us?