More
HomeOpinionsBeing naked is not being empowered
Opinions
Updated: 30 August 2017

Being naked is not being empowered 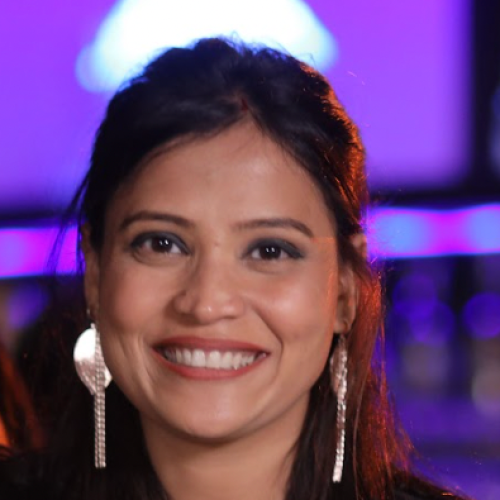 The feminist movement has now metamorphed into something altogether different, instead of creating an atmosphere where women understand their emotional needs, and ambitions and making men participate in creating that atmosphere, interested parties have hijacked the whole thing. It has deteriorated so much in the last few years that I don’t want to relate myself to it.

In fact, sometimes it becomes tough for me to objectively debate the current feminism bandwagon with my male friends, because deep down I know that they are right, the nude pics, the unnecessary superiority comparison, the fake pursuit of role playing equality which is more to do with nature rather than discrimination is something which does not even needs to be discussed as part of women empowerment. The fake thing is all that prevails now, and the legitimate struggle for women empowerment has subsided under the burden of hashtags, and some random fake elite cases, and nude pics.

NGOS don’t want to fight for the real problems for women (we know there are many), they just want to lead a proxy assault on Hinduism, by degrading our cultural practices. Celebrities have appropriated it according to their needs; to get instant gratification and crack cocaine of confidence highs they post naked and semi naked pics with a women empowerment hashtag. It’s so ridiculous, I mean how is posting a naked pic anyway related to women empowerment, site out one women who is getting empowered by the naked pic? Naked pic is now as pedestrian as sausage; I don’t understand what point they want to bring home? Yes, I understand that body positivity is good. Confidence is important. But privacy is also a beautiful thing.

I am confident with my body, but I don’t want to entirely expose myself in public cos privacy is also a beautiful thing. I love to keep some aspects of myself private, and I don’t believe that instructing women to ignore their inhibitions and strip down in public is women empowerment. On the contrary, its doing just the opposite, because most women, especially those who are forced to remain confined to their houses and perform activities meant to please their husbands after sacrificing their own desires and aspirations take these celebrities as their role models. Little do they realize that their role models know nothing about empowerment even after being so empowered This rush of undressing can be confused with feeling empowered, and the reality will be buried under rhetoric because the real women, and the real problems never feature in the social campaign.

The problem with India is that we have always been struggling to gain or retain national freedom and unity, battling for basic things. We never got a chance to sit at peace and find solution to our problems keeping in mind our real culture. In the absence of real solution, we end up imitating the west, their fake campaigns, which ends up having no effect whatsoever at societal level. In India the vast majority of Indian women are illiterate and deprived of equal opportunities, and I understand that in an ideal world these problems would not exist. In an ideal world, people would respect women regardless of what they wear, no one would attempt to take advantage of a nude woman, everyone will have equal opportunities and the space to realize, and fulfill their aspirations. But the fact of the matter is that there are plenty of people all around us willing (and actively seeking) to exploit the female body, women ‘adjusting’ to expectations, child abuse, rape, illiteracy, eve teasing, abject poverty, gender ratio etc. When looking for a solution to empowerment, we must keep in mind our collective cultural thinking.

I feel that women themselves can play a huge role, they should be aware and conscious of themselves as human beings and should have a strong sense of dignity and self-esteem. Our problems aren’t just limited to “if men can do, why can’t we?”, and it’s not like men are only responsible for women subordination, I have noticed in various cases that women themselves are most of the time busy politicking against other women in the family. In fact, most of the time women are guilty of the very thing they accuse others of, hence in such situation it becomes imperative for women to understand and respect their worth, and the worth of their counterparts. What men can do is become more aware of the emotional needs and ambitions of their women thereby making it easier for women to feel happy and less burdened, encourage the partner to be sexually confident resulting in mutual happiness; and last but not the least do not justify rapes of ‘bad women’ etc.

I want women to have self-respect and a good moral compass, I want a society where women is known and appreciated for her intellect and not her blossoming into an oil clad sex symbol, I want a capable environment so that women make their own right decisions in each area, whether for themselves, the family, society, or the country. To attain above its very important that we understand the true essence of empowerment, and not reduce it to a charade.