Fatwas- The voice of intolerance 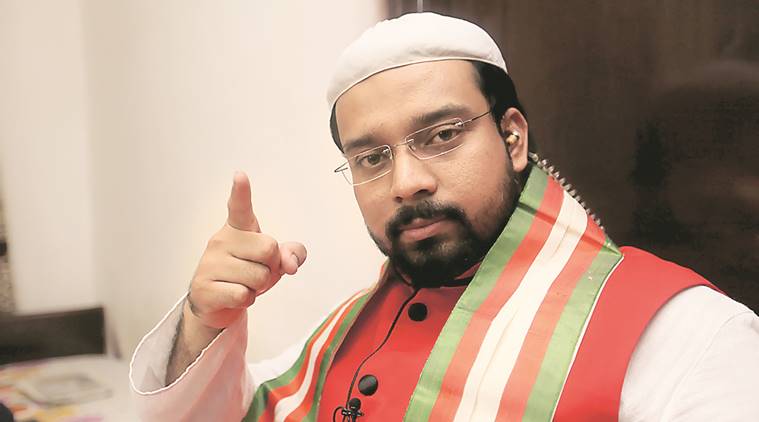 Issuing fatwas has become fashionable nowadays. If a Mufti wants to gain some popularity, all he has to do is issue a fatwa against a popular celebrity like A.R Rahman. The TRP-hungry media news channels immediately go on a rampage of inviting political party spokespersons, journalists, religious leaders and commentators to debate on the fatwas. The media is good at making a mountain out of a molehill in such matters. In this way, the media is only fuelling the Muftis to attain exaggerated heights of popularity, instead of ignoring their fatwas, like how the individuals concerned also do.

According to a recent news article, a Mufti from an influential Muslim body in Bihar called Imarat-e-Shariya, issued a fatwa against the State Minority Affairs minister Khurshid Alam. This time the reason was that Khurshid Alam shouted “Jai Shri Ram” in the state assembly on 28 July 2017, the same day when the Chief Minister of Bihar, Nitish Kumar, won the trust vote. The fatwa says that Khurshid Alam has no place in the Muslim community and that his Nikah (marriage) has become null or void. While the minister has avoided and largely ignored the fatwa, the Mufti later on issued a statement saying that the fatwa was pronounced in a personal capacity. Why then, at all, issue a fatwa in the first place, if it is of no use at all to the public?

In Islam, a ‘fatwa’ is a non-binding statement or pronouncement by a qualified Islamic scholar (i.e. a Mufti) that is offered as an “expert’s opinion”. It need not be acted upon, however, it is usually taken as an expert’s opinion, resulting in it having more weight than a random opinion from any ordinary follower of Islam. Hence, in an ideal situation, the Mufti has an important responsibility of issuing meaningful fatwas that help the Muslim society to reform and change according to time and place. For example, in Indonesia, Islamic clerics issued a fatwa banning illegal hunting and wildlife trafficking. Such a fatwa, even though it is not legally binding, is progressive and has the possibility of enacting real change in a country with a majority of population being Muslims.

In a secular and democratic country like India, however, we have only witnessed a slew of silly fatwas issued by questionable Muftis, which have been of no help in bringing about reformation in Islam. While today we have many leftist liberals questioning the intolerance of Hindutva supporters, where are these liberals when such ridiculous fatwas are being issued? Why are they not questioning the intolerance of the Muftis in India? While many of these Muftis are clearly against secularism and democracy, why is there still appeasement politics being played by the politicians and the paid-media? What difference does it make in letting your religious opinion to be known to the public?

Issuing fatwas does not only indicate the height of intolerance amongst the Muslim clerics, it also exposes their blatant disregard for a person’s freedom of speech and expression. Fatwas restrict a person’s freedom of speech and expression and to a certain extent, it is even a violation of human rights. Najima Bibi, who was the first Muslim woman to contest the Manipur elections, has been issued many fatwas in her 15 years of working as an activist. She has been denied the use of a local village pond for drawing water and most recently, she has been denied a burial space. People associating with her and communicating with her have also been warned that they will face the same fatwa. Such non-binding “opinions” issued by the Maulvis can have potentially devastating consequences for Najima if she were not a strong-willed woman who largely ignored the fatwas issued against her.

Fatwas are not to be misconstrued and allowed to be continued as part of the “freedom to practice one’s religion” clause. What the fatwas are doing is that they are dividing this nation into believers and non-believers, just like how their Quran does. In June 2017, a congregation of Muslims in Tamil Nadu issued a fatwa against a woman’s father for approaching the High Court to obtain an interim stay on the Triple Talaq pronounced by her husband, citing that the father should not have approached the Kafirs (i.e. the High Court Judges) for matters relating to the Sharia. This fatwa blatantly denigrated the judiciary and the sanctity of the law. The divisive attitude, the “them-versus-us” mentality and the intolerance of the Muslim clerics, who dictate the Sharia, are largely the reasons why fatwas are unwelcome and not needed. The media should not be giving any publicity and unwanted attention to such Muftis.