A deep and thoughtful conversation between Nawaz Sharif and the Generals 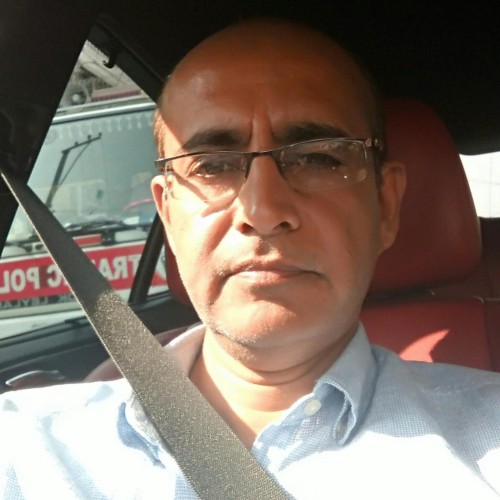 Nawaz Sharif was sitting in the lawns of his official residence in Islamabad. He had a pensive look on his face, the worry lines stood out on his forehead. The recent developments, both within and outside Pakistan were bothering him.

He was thinking, “One side this stupid Trump is threatening me, how dare he call up to tell me that he will ban all Pakistanis from entering US”. He shuddered at the thought of the call from Trump.

The sun was setting in the far horizon, it was a lovely sight to watch but Sharif was deep in thought, not in the mood to enjoy the beautiful evening. His thoughts continued to linger on the challenges that confronted him. “The Chinese are helping me, but they are unreliable buggers just like their products. They are like British East India company, buying our companies, investing in our companies and one fine day they may take over my country”.

His thoughts were interrupted by a call on his mobile.

Sharif reached for his phone, it was his Lawyer. He cursed and punched the receive button, “Hello”, he said, “I am in a meeting, will call you later”, and hung up loudly cursing the Lawyer for reminding him about another problem, The Panama Papers.

Just then the Army Chief General Bajwa walked in unannounced. “Shit!”, he thought, “These Generals think they rule Pakistan”, he got up and extended a hand to the General. “But this guy is far better than Raheel Sharif” , he thought reassuringly.

“Janab, what can we do about the refugees?”, asked the General pulling out a Havana, he lit it and took a deep pull on it, and said, “The Americans have elected a crackpot, this guy talks about erasing Islamic terror from the face of the earth”. Sharif nodded. “I was also thinking about it”, he said.

The General took another deep puff and tossed the unfinished Havana into a bed of roses and said, “A soft spoken guy like Obama literally bombed the shit out of Iraq, Syria and Afghanistan. I don’t know what this Trump shithead will do.” he glanced blankly at Sharif and continued, “Carpet bomb all the terrorists including those in Pakistan”. The General glanced at his watch and mumbled, “Why is this guy late?”

“Lt. Gen. Naveed”, said the General referring to the chief of Inter Services Intelligence (ISI). “I asked him to join us”.

Just then the Lt. Gen. walked in with a bright look on his face, after the perfunctory salutes, he settled down in chair and said, “This Trump has given our business a big boost”.

Sharif and the General sat up in their chairs with a quizzical look on their faces. “What, what big boost, what are you talking about?”, barked the General.

The smug ISI Chief smiled and said, “We will bring all the refugees to Pakistan, train them, arm them, brainwash them and send them to India”, he continued, “It will give our terror factories sufficient business, the industrial growth will make Pakistan great again”.

The euphoria on Sharif’s face died an instant death. “This Lt Gen is another big shithead”. He thought disgustedly and said, “Don’t you have a better idea? Why don’t you go and arrest Hafiz Saeed?”.

Gloomy silence engulfed the trio. Drowned in his bleak thoughts, Sheriff had forgotten to offer refreshments to the Generals. “I am sorry, I totally forgot. What would you like to have?”, he asked.

“A good cup of tea will be fine”, said the General.

Sharif’s plump face turned a crimson red, and he said in a low voice, “We don’t serve tea in my residence anymore”.

“Why?”, asked both the General and Lt Gen in unison.

“Because it reminds me of Modi”, said a really depressed and hapless Sharif.

Time to think: Are the non-Muslims wrong or is it Jihad?