How the Congress-Media nexus is hurting India’s prospects 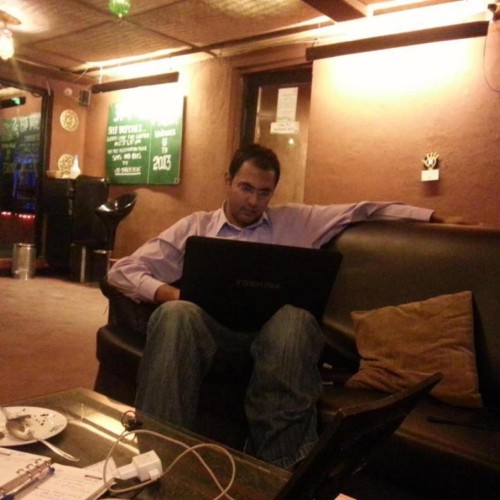 The monsoon session of Parliament has started and it looks like we are veering towards yet another washout of the session. Critical bills like Goods and Service Tax (GST) are scheduled to be discussed in this session along with other important legislation. But, in a surreal way, the upper house of the Parliament is not being allowed to function because of corruption of the opposition party. Day after day, Rajya Sabha is getting disrupted by Congress on flimsy grounds and the whole country is left watching in dismay. It is broadly accepted across the political spectrum that GST is an important piece of legislation which will prove to be a gamechanger in Indirect Taxation of our country. In a rare instance of political unity, there is virtually unanimous agreement across political parties that implementing GST will have many benefits. The GST bill needs to be passed urgently and everyone recognizes it. Yet, how are we remaining mute spectators while Sonia Gandhi and Rahul Gandhi treat Parliament as a playground of their family mansion.

It is very clear that the National Herald case has nothing to do with Government or Parliament. It is the personal problem of the Gandhi family and they need to sort it out in courts. They do not have the right to damage the national interests of India by obstructing Parliament activities. Yet, Congress and family seem to be getting away with such an absolute disregard towards the progress of the country. The reason that Congress and family can do this is because they have an extensive control of the public opinion. The general public depends upon the media to inform them about what is really happening in political circles. Unfortunately, Congress has a vice-like grip on the disseminators of public opinion. Large sections of Print media, Electronic media and even Digital media enjoy the patronage of the Congress party. This enables them to control public opinion and manufacture consent as the noted linguist, Noam Chomsky puts it.

It is not that the general public does not recognize the infiltration of a political party into our Media. A large number of people have a cynical attitude towards whatever the mainstream media is presenting to them. Most people can see through the Congress Brigade omnipresent in our Media. But since there are not many alternatives to the existing structure of mainstream media, people have to perforce put up with the existing media mafia. Until this venomous arrangement between Congress and Media is disbanded and destroyed, we will continue to see our Parliament and by extension our country being held ransom to the whims and fancies of one family.

In the current scenario, it is extremely important that we, the general public, call Congress out and let it know that we are not falling for yet another set of lies and deceit. We are a highly aspirational society and we cannot afford to let the development agenda be derailed by a political party’s self interests. Even the Congress needs to realize that unless it aligns its own interests with what the country wants it will be sent packing into political oblivion. It should focus less on political jugglery and manipulation and instead concentrate its efforts on developing the country. It may have the media in its pockets right now but it should not depend on it. Media professionals who can be bought cannot be considered as dependable allies. Once it is publicly known that Congress is a sinking ship, the same media professionals will be the first to jump ship and move on.

The media is considered as the fourth pillar of democracy. It has a collective responsibility to safeguard the national interests and also it needs to ensure that the public is informed of what is truly happening in our society. Instead, the media became the slaves of the powerful and took the responsibility of running their PR machinery. Infact, it’s not an exaggeration to state that the biggest impediment to India’s prosperity is a lack of objective and impartial Media agencies. An impartial media would never have allowed Congress to make a farce out of our Parliament. Congress and family would have been shown their place as they would have lost the perception battle. Congress would have known it cannot play around with issues of national importance by treating it as a piece of negotiation tool. If there ever was a time to outrage on an important issue this is it. We need to debate and spend time on this critical issue. Our Parliament is being driven into irrelevance and yet there is no outrage from our so called intellectuals.

Even now, all is not lost. The monsoon session ends on 23rd December. There is still time to discuss the merits and demerits of the GST bill and pass it in Rajya Sabha. We have already squandered away precious sessions in Parliament and wasted valuable time with hardly any productive outcome. It is time to make amends by focussing on the right things. The national narrative needs to change immediately to ensure India is set on the right path of achieving its true potential.