Nupur Sharma in the Supreme Court: Enlighten us more, My Lords! 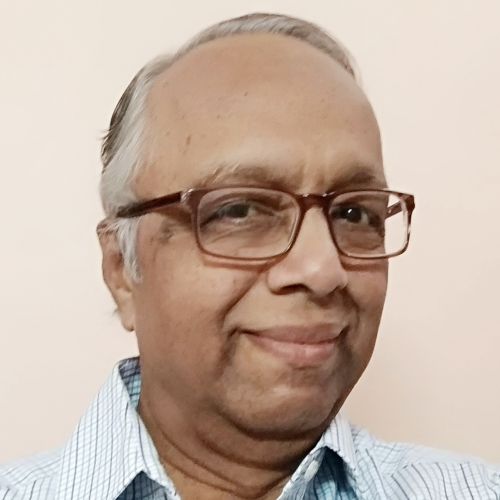 A few days ago, you heard Nupur Sharma’s request in the Supreme Court. That was her plea to club at least nine FIR’s filed against her in police stations across four States, with the one at Delhi. My Lords, I am a law-abiding citizen wanting to speak for ordinary people. Please enlighten us more on what you said in open court to Nupur’s lawyer.

Nupur Sharma was facing threats to her life from hardcore Muslims. That was because, while speaking in a TV debate a few weeks ago she made some statements about Prophet Mohammed that were factually correct and acknowledged in Islam as facts. Equally important, she spoke so on being provoked in that debate by a Muslim participant who made cheap remarks about a Hindu God. As judges who see more and hear more – but should speak less – you would know this was what happened in that TV debate. My Lords, please enlighten us more on what you said in court.

If Nupur Sharma felt she was exposing herself to violent physical attacks by visiting magistrates’ courts across States to answer those FIR’s, that would be natural. Three days before you heard her lawyer in court a tailor in Udaipur, Kanhaiya Lal, who shared his support to Nupur Sharma on social media had been killed in a knife attack by two hardcore Muslims in retaliation, with one of them making a video of the gruesome event – which he later circulated. If Nupur Sharma were my sister I would deeply feel for her on her apprehension about her safety. Would you not feel likewise My Lords, if she were your sister?

Oh, sorry My Lords. We understand that judges must discharge their functions fairly according to law, without personally or unreasonably feeling for Nupur Sharma – or of course for the other side. So the court may accept or decline her request for clubbing of FIR’s as it considers right. That is not the issue now. What My Lords said in open court against her is what we wish to understand. Some quotes of what My Lords said that day, as found in newspapers, are here:

“She has threat or she has become security threat? The way she has ignited emotions across the country, this lady is single-handedly responsible for what is happening in the country.” “It is so disturbing …… The outcome is what happened at Udaipur…… Please do not compel us to open our mouth …..”

“The petition smacks of her arrogance, that the Magistrates of the country are too small for her.”

“She should have gone to the TV and apologised to the nation.”

Look at it this way, My Lords.

Imagine that Nupur Sharma kept silent in the TV debate without reacting to the cheap remarks made by a Muslim about a Hindu God.

Also assume that another Muslim man had tweeted his support for those hurting remarks on TV and then two Hindus, wielding knives, killed that man for his tweet.

Now, should we expect that My Lords will likewise severely criticise in open court the Muslim who spoke so ill of a Hindu God on TV, and seemingly suggest – in this imaginary story – that the dastardly crime of the two Hindu killers was caused by that culprit mocking a Hindu God on TV?

What do we understand, My Lords, in your strong condemnation of Nupur Sharma? Especially in the background of the horrific Udaipur murder?

Should we believe that Nupur had no provocation from a Muslim in a TV debate to say instantly what she said?

In any case, is it not true that Nupur’s statement is acknowledged in Islam as a historical fact?

Should we believe that two men with knives may be fairly provoked enough to kill a person who merely voiced his support to Nupur Sharma?

Should we believe that the real villains here are not the man who first spoke basely about a Hindu God on TV drawing Nupur Sharma’s instant reaction, and perhaps not also the two Udaipur killers, but that Nupur Sharma is the villain?

And may we know: If the contempt law protects judges against individuals who act in disrespect or denigration of judges – no doubt, judges need such protection – is there protection for an individual from a judge who overspeaks?

My Lords, we are so confused. Please pardon us for any limited understanding. And for wanting to understand more on happenings that trouble our hearts and minds to a limit when we cannot hide our aches. So we speak out – that’s perhaps our safety valve.

We must say this too. We are anguished that the most outstanding defender and saviour of our democracy has to face some questions now. We hope time is a corrective and a healer.