More
HomeOpinionsSati: Busting claims of it being a Vedic custom
FeaturedOpinions
Updated: 16 September 2021

Sati: Busting claims of it being a Vedic custom 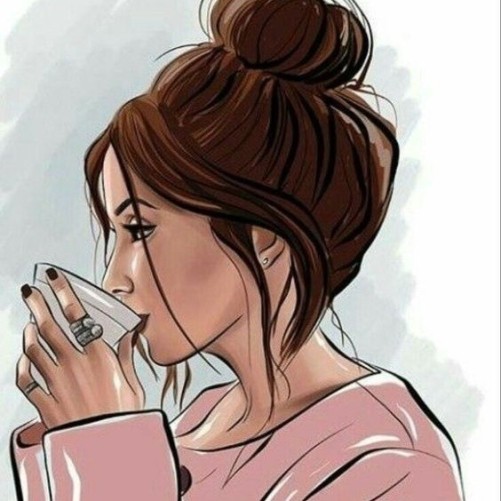 Roughly, the Vedic age (Early and Later) had the timeline of 1500 BCE-500 BCE in the subcontinent. However, the first ever recorded and eye-witness account of Sati is somewhere during 316 BCE, when one of the two wives of Keteus, a general, had immolated herself after Keteus had died fighting against Antigonos. It is said that both of the wives were extremely anxious to immolate themselves, and ultimately, since the elder queen was with her child, the younger wife was permitted to immolate herself. This is the information that we we mainly obtain from the Greek writers who had recorded the fact in writing, at that time. Perhaps, this recorded incident is much later than the Vedic age.

We don’t succeed in getting a glimpse of widow immolation or Sati in the Vedas. However, the Rig Veda and the Atharva Veda have hymns on death, which are sometimes brought up to show that widow immolation was a vogue during the Vedic era.

In the Rig Veda 10.18, the hymn is basically about a dead man’s funeral.

In the verse 10.18.7, some translators in the past had interpreted the word ‘agre’ as the word ‘agneh’. This perhaps created the ruckus. Let us for some time perceive it as ‘agneh’ — then, we find that the verse contradicts itself. Why? Because, the verse is about non-widows going to the grieving widow, who used to ceremonially sit beside the corpse. The question is, why would married women go to the fire? What’s the logic?!

Arriving at the correct interpretation (considering the word, ‘agre’) we get the correct message of the verse. Stephanie W. Jamison and Joel P. Brereton have translated the word as “womb” — which might mean that the pyre was metaphorically represented as a womb.

“7. These women here, non-widows with good husbands—let them, with fresh butter as ointment, approach together.

Without tears, without afflictions, well-jeweled, let the wives first mount the womb.”

The context is, the married women together approach the grieving widow, along with their husbands, probably to console her. The next verse, that is 10.18.8, takes an interesting turn. Have a look at it :

“8. “Arise, woman, to the world of the living. You lie beside him whose life is gone. Come here!

You have come into existence now as wife of a husband who has grasped your hand and wishes to have you.”“

It provides us a crystal clear instance of widow remarriage! Probably, it is the brother of the husband who marries the widow.

In their prelude to the hymn, Stephanie W. Jamison and Joel P. Brereton have clarified that the instance of Sati was absent from the hymn :

“The next three verses (7–9) have been much discussed, especially in the context of “suttee” (satī) or widow-burning, though the verses are emphatically not a depiction thereof. From verse 8 it appears that the widow lies down, temporarily, beside her dead husband, but is summoned back to life and indeed symbolically reborn to become the wife of a new husband (quite possibly her brother-in-law, in levirate marriage). The happy women in verse 7 apparently approach the funeral pyre to adorn the widow for her return to life. A similar “return to life” is granted the dead man’s bow in verse 9, where someone, quite possibly the dead man’s son, repossesses the bow to put it to future use.”

To sum up, the entire hymn becomes incongruent if we forcibly insert widow immolation in the place where the married wives approached the widow. Married wives didn’t commit Sati. Secondly, the widow herself was encouraged to come back to the “world of living” and to remarry, in the subsequent verse.

The funeral hymn of the Atharva Veda is somewhat similar to the Rig Veda.

In the very first verse, because of the mention of the phrase, “husband’s world”, some alleged that it’s a reference to the woman mounting the pyre. But, we see in the following verses :

“2 Rise, come unto the world of life, O woman: come, he is lifeless
by whose side thou liest.
Wifehood with this thy husband was thy portion who took thy
hand and wooed thee as a lover.
3 I looked and saw the youthful dame escorted, the living to the
dead: I saw them, bear her.
When she with blinding darkness was enveloped, then did I turn
her back and lead her homeward.”

So, in the second verse, we see that she is encouraged to forget about the death and lead a normal life. “husband’s world” is thereafter a representation of the fact that she was ceremonially lying beside her husband (after which she was asked to come down). In the subsequent third verse, some people escorted her to the dead, and then she came backwards. The fourth verse says :

“4 Knowing the world of living beings, Aghnyā! treading the path.
of Gods which lies before thee,
This is thy husband: joyfully receive him and let him mount
into the world of Svarga.”

This again is a witness to the fact that the widow was encouraged to remarry. Again, as we saw in the Rig Veda, the instance of “unwidowed wives” comes here, again. As I have said, this is a reference to them going to the widow ceremonially lying beside her husband :

“57 Let these unwidowed dames with goodly husbands adorn them-
selves with fragrant balm and unguent.
Decked with fair jewels, tearless, free, from trouble, first let the
dames go up to where he lieth.
58 Meet Yama, meet the Fathers, meet the merit of virtuous action
in the loftiest heaven.

Leave sin and evil, seek anew thy dwelling: so bright with glory
let him join his body.”

The remaining hymn is generally about treating the dead body, cremating it, etc.

In another hymn to the dead in the Atharva Veda, the widow is charmed in a similar manner and is also blessed for her future life :

“1 Seize to thyself this trust of life for ever: thine be longevity
which nothing shortens.
Thy spirit and thy life again I bring thee: die not, nor vanish
into mist and darkness.”

Finally, we’ve this verse from another hymn encouraging widow remarriage :

“27 When she who hath been wedded finds a second husband after-
ward,
The twain shall not be parted if they give the Goat Panchaudana.”

These instances were from the Vedas, however, even if we try to catch a glimpse of Sati in the Brahmanas, Grihyasutras — that were written during the Vedic era, we don’t see it. None of them mention Sati.

Last but not the least, Satapatha Brahmana prohibits every kind of suicide :

“7. It is Vāc (Speech) that, seeing it, speaks (thus). That same (immortal light), indeed, is to be obtained either by the one hundred and one-fold (altar), or by a life of a hundred years: whosoever builds a one hundred and one-fold (altar), or whosoever lives a hundred years, he, indeed, obtains that immortality. Therefore, whether they know it, or whether they do not, people say, ‘The life of a hundred years makes for heaven.’ Hence one ought not to yield to his own desire and pass away before (he has attained) the full extent of life, for (such shortening of one’s life) does not make for the heavenly world[2]; and these are indeed the worlds, to wit, the days and nights, the half-moons, moons, and seasons, and the year.”

Hence, we conclude that Sati was not at all a dominant societal custom in the Vedic era, nor did it originate from the Vedas. It was a later-day custom that gradually culminated into an orthodox practice. Other major Hindu texts, like the Dharmashastric corpus, which are post-Vedic texts, don’t remotely promote Sati.